Senior Apple executive Phil Schiller has spoken out about some of the sticky issues plaguing the company’s new MacBook Pro.

Few people at Apple have their fingers in as many pies as Phil Schiller, Senior VP of Worldwide Marketing. He works across all verticals in the company, so he’s perfectly placed to explain away all of the perceived problems with Apple’s new MacBook Pro models, which launched last week.

In an interview with the Independent, Schiller spoke (relatively) candidly about the MacBook Pro – and other products too. So here’s Schillers take on six different controversial topics surrounding Apple’s MacBook ecosystem.

A healthy chunk of the recent MacBook Pro controversy relates to the absence of an SD card slot. It’s an important port for many users, including the creative types that Apple has traditionally held so near. But Schiller reckons the slot is “cumbersome” and largely unnecessary in 2016:

“Because of a couple of things. One, it’s a bit of a cumbersome slot. You’ve got this thing sticking halfway out. Then there are very fine and fast USB card readers, and then you can use CompactFlash as well as SD. So we could never really resolve this – we picked SD because more consumer cameras have SD but you can only pick one. So, that was a bit of a trade-off. And then more and more cameras are starting to build wireless transfer into the camera. That’s proving very useful. So we think there’s a path forward where you can use a physical adaptor if you want, or do wireless transfer.” 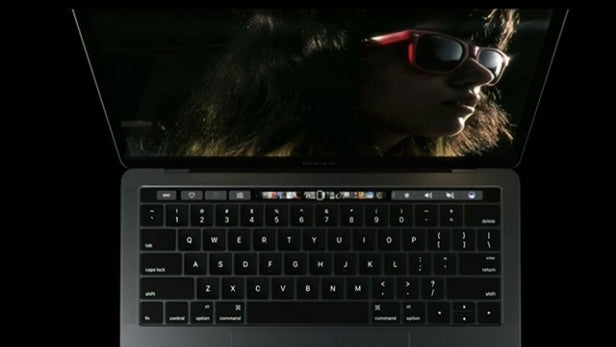 While other notebook makers have moved towards touchscreen, Apple has stayed resolutely clear of any display-fingering tech – on the MacBook, anyway. According to Schiller, that’s simply because it’s not natural to operate a laptop by touching the display.

“If you made the Mac a touchscreen, you’d have to figure out how to make it a good experience with your finger on a touchscreen. Trust me, we’ve looked at that – it’s a bad experience. It’s not as good or as intuitive as with a mouse and trackpad.”

3. On the MacBook Pro’s audio jack

Earlier this year, Apple baffled almost everyone with its decision to abandon the 3.5mm audio port on the iPhone 7. But the new MacBook Pro launch revealed that Apple hasn’t given up on the headphone jack entirely. Why the disparity? Here’s Schiller’s two cents:

“These are pro machines. If it was just about headphones then it doesn’t need to be there; we believe that wireless is a great solution for headphones. But many users have setups with studio monitors, amps, and other pro audio gear that do not have wireless solutions and need the 3.5mm jack.”

4. On merging iOS and MacOS

Microsoft famously used Windows 10 to merge desktop and mobile, albeit with middling success. Ever since, speculators have questioned whether Apple would follow suit by combining the iPhone’s iOS and the MacBook’s MacOS. But Schiller says there’s no chance of that happening any time soon:

“We’re steadfast in our belief that there are fundamentally two different products to make for customers and they’re both important. There’s iPhone and iPad, which are single pieces of glass, they’re direct-manipulation, multi-touch and tend towards full-screen applications. And that’s that experience. And we want to make those the best in that direction anyone can imagine. We have a long road ahead of us on that.” 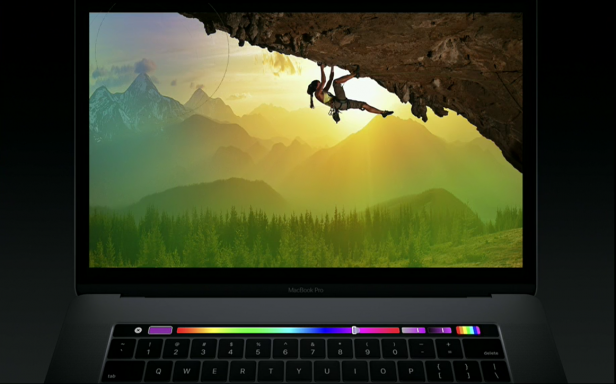 “Then there’s the Mac experience, dominated by our notebooks and that’s about indirect manipulation and cursors and menus. We want to make this the best experience we can dream of in this direction.”

“Here’s one example of how they should remain distinct: the Mac from the very first has had a menu bar fixed at the top. It’s core to the identity and the experience you get. But iOS doesn’t have a menu at the top. It never will. The thought of pointing at a menu at the top of an iPhone feels wrong.”

With the arrival of the new MacBook Pro, so took were we graced with a desktop version of Siri. But unlike Microsoft’s Cortana or Siri on the Apple iPhone, you can’t shout ‘Hey Siri’ to summon her on the MacBook Pro. Why? It’s all about electronics and power, so says Schiller:

“That has more to do with system electronics and low power capabilities. You would want to be able to say ‘Hey Siri’ from across the room even when your Mac is asleep, so if you still have to go across the room to wake the Mac, then what’s the point? You need to build system-wide electronics that are in the right standby state, listening for that catchphrase and that’s not built into the electronics of Mac today.”

As you can tell, there’s plenty of stuff that Apple dissidents have found to complain about. Schiller accepts this as a truth, but says he still thinks the MacBook Pro is a great product:

“There has certainly been a lot of passionate dialogue and debate about the new MacBook Pro! Many things have impressed people about it, and some have caused some controversy. I hope everyone gets a chance to try it for themselves and see how great the MacBook Pro is. It is a really big step forward and an example of how much we continue to invest in the Mac. We love the Mac and are as committed to it, in both desktops and notebooks, as we ever have been.” 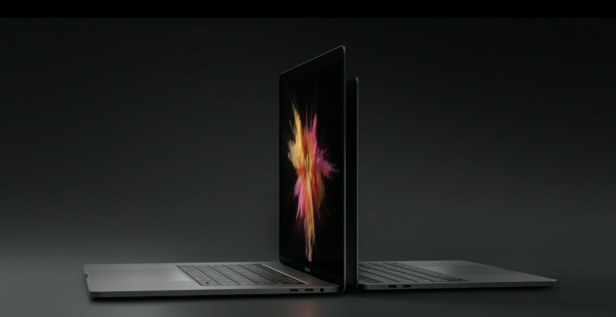 7. On MacBook Pro sales so far

And despite all the criticism, it appears that the MacBook Pro is selling well, at least according to Schiller:

“We are proud to tell you that so far our online store has had more orders for the new MacBook Pro than any other pro notebook before. So there are certainly a lot of people as excited as we are about it.”

What do you think of the Schiller interview? Let us know in the comments.