The years roll on and Valve still remains silent regarding Half Life 3. Despite consistent clamour from fans, Gabe Newell and co remain silent on a new Half Life game.

We don’t even know if we’ll get a “Half Life 2 Episode 3” or not, and with every major press conference or awards show, we’re met with further disappointment preceded by the briefest glimpse of hope that maybe, just maybe, this could be our year.

Valve recently announced it is developing three new titles for VR that are going to be far more than creative experiments. Could one of these dream projects be Half Life 3? We can only hope, and perhaps we’ll catch a glimpse of it in the near future.

We’re now a decade removed from Half Life 2: Episode Two, could we get a “10th anniversary” special announcement? Unlikely, but once again 2017 gives us another excuse to be hopeful of something, anything, crawling out of Valve HQ.

For now, here’s everything we know about Half Life 3, which as you’d expect, isn’t much. 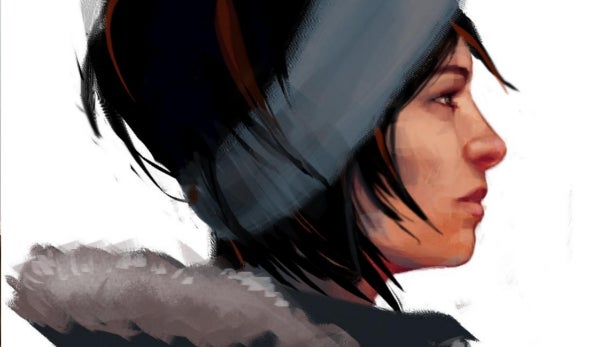 Half-Life 3 Release Date — When is it coming out?

Valve manages to be brilliantly political when it comes to Half Life 3. Neither confirming nor denying anything, the company refuses to say pretty much anything about the game, so a release date also remains non-existent.

After all these years we still don’t know whether the game actually exists or when it would arrive if it even does. 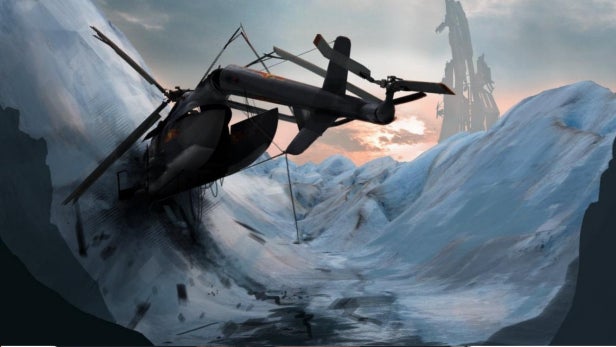 Half-Life 3 News — What’s being said about it?

We’ve had a decade of speculation about Half Life 3. From sneaky leaks to out and out “confirmations”, the years have been cruel to fans desperate for a glimpse of the real thing. 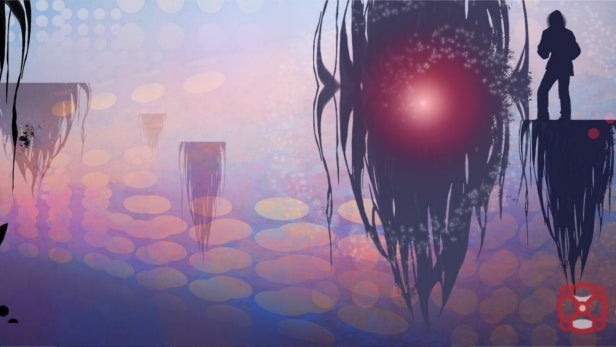 Ironically, a Half Life 3 was actually confirmed all the way back in 2006, by Gabe Newell himself! Of sorts…Valve confirmed Half Life 2: Episode 3 would launch in Christmas 2007, with future episodic releases being pretty frequent after that, before the series dropped off of the face of the earth entirely.

Then began a series of near-misses and plenty of fakes, the latest of which being a “Half-Life 3” poster at Gamescom 2016, which in fact was a shrewd piece of marketing where the fine print beneath actually reads “Half-Life 3: editors who played it back then”. Leading to another swift kick to the groin for fans. 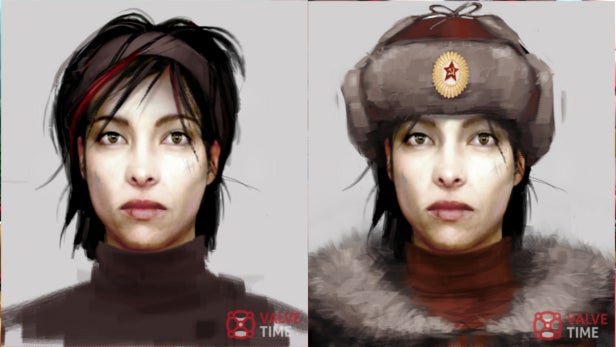 At the end of Half-Life 2: Episode 2, Gordon has destroyed a dozen Striders that have attacked White Forest while the rocket is being prepared. The rocket is successfully launched and the super portal is closed, isolating the Combine forces from their alien homeworld.

Alyx and Gordon prepare to leave for the Borealis, but Eli (Alyx’s father) warns Gordon repeatedly of the ship’s cargo. As the three of them walk into the hangar, they’re attacked by a pair of Advisors and restrained by them.

As Gordon and Alyx struggle, Eli is sadly killed by one of them. As the second tries to kill Alyx, D0g bursts in through the roof and attacks the Advisor, causing both of them to flee.

The game closes with Alyx sobbing, holding her father’s body.

Half-Life 3 would have to follow on from that. We’re not sure where the story would go, but there’s always a revenge story for Alyx to take with Gordon alongside. 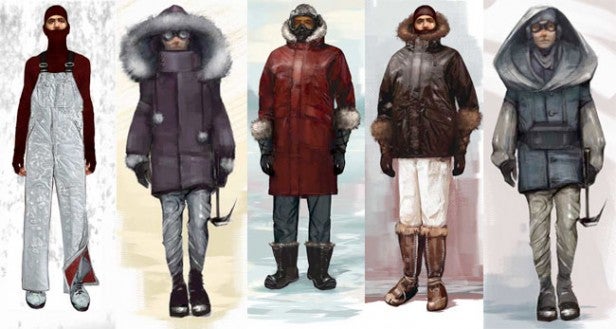 1) Who is the G-Man?
We’ve had four different Half-Life games and we’re still none the wiser as to who the mysterious G-Man is, with his black briefcase. You could even argue that this enigma is more of a central character to the Half-Life series than Gordon himself.

Why is he so interested in Gordon? Why does he keep saving Gordon’s life? What reason does he have to oppose the Combine?

We want all those questions answered and more. Go on, Valve, you know you want to. 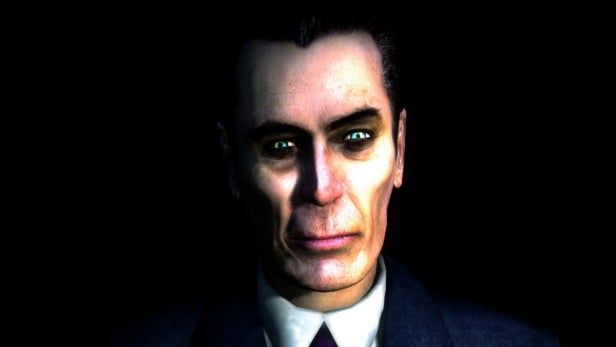 2) Don’t ditch Gorman’s fist-and-crowbar approach
Although we like other FPS titles such as Battlefield or Call of Duty or even Alien: Isolation, there’s no need to make Gordon and co anything like them.

Half-Life always shone for us because of its simplicity. Here’s a man who is fighting an alien race with nothing more than his fist and a crowbar – and some other weapons along the way, of course.

There’s room for some new weird weapons, but if anything happened to Gordon’s roots, we’d be severely disappointed.

3) …but make him more realistic
With the Source 2 engine, there’s a chance to make Gordon feel more like a real person during gameplay. Let him press some buttons with his hands and let us see some feet walking around for once. 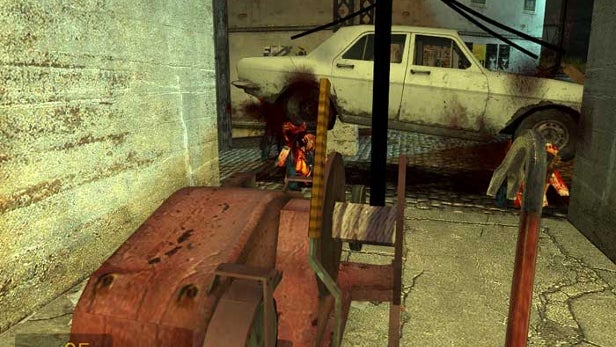 4) Show us the power of the Source 2 engine
Half-Life 2 can look fantastic on a high-powered PC thanks to the upgrades the Source engine has received since Half-Life 2 was released. Those physics puzzles paved the way in terms of videogame design, and Half-Life 3 should do the same.

We hope the next Half-Life game continues the series’ tradition of breaking the mould in terms of environments, interactions and puzzles, too.

5) Don’t skip any time periods
If we eventually get to play Half-Life 3 rather than Half-Life 2: Episode 3, we’re hoping that Valve doesn’t do anything silly like “10 years later” or “100 years later” after the death of Eli.

Every other entry in the Half-Life series has followed directly on from its predecessor, meaning the story never skips a beat.

We want to see what happens to Alyx and Gordon directly after the rocket launch, not years later. 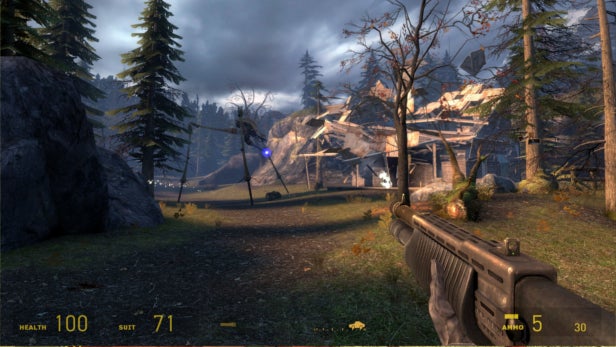 6) Stay true to its roots
Since Half-Life 2: Episode 2 was released back in 2007, there have been a lot of fantastic and successful games that have been keeping our attention. Just look at The Elder Scrolls V: Skyrim, an entire Mass Effect trilogy, and three Dragon Age titles, for examples.

As much as we’ve loved all of those games and many others, Half-Life is unique. It doesn’t need any additions to make it more akin to other titles, like a levelling system, looting features, and definitely not a third-person camera view.

Keep Half-Life true to its roots and don’t let the last eight years of gaming ruin its history.

See also: The Last of Us Part 2 latest news 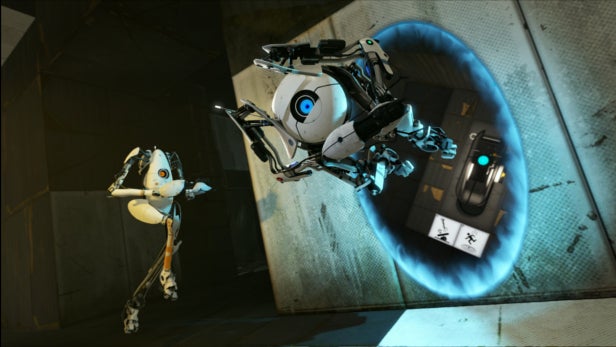 7) Half-Life 3 co-op
We never thought Portal co-op would work, and then Portal 2 came along and blew our minds with Atlas and P-Body’s friendship.

It made us wonder whether we could tolerate co-op in Half-Life 3. Imagine playing as Gordon and Alyx side by side with your buddy. We reckon we could handle that.