Nvidia’s GTX 1080 is the world’s most powerful consumer GPU. A couple of years ago, the same could be said of the GTX 980, so now it’s time to see what’s changed.

Comparing a new card with its predecessor might seem strange, but there’s some logic at play here: the GTX 1080 still costs nearly £600, while the GTX 980 can now be found for half of that amount. Is Nvidia’s older card turning into a high-end bargain?

Trusted has individual reviews of both cards, so click here to read our GTX 1080 and GTX 980 reviews.

There are huge differences between the older GTX 980 and the factory-fresh GTX 1080, but that’s no surprise – they use different architectures and manufacturing processes.

For starters, the GTX 980 uses a 28nm manufacturing process and the Maxwell architecture, while the GTX 1080 and its new Pascal architecture have slimmed down to 16nm. That’s a big difference that allows Nvidia to push the envelope: it can now fit more transistors into the same amount of room, and it can now build them onto fins rather than in a single horizontal plane. 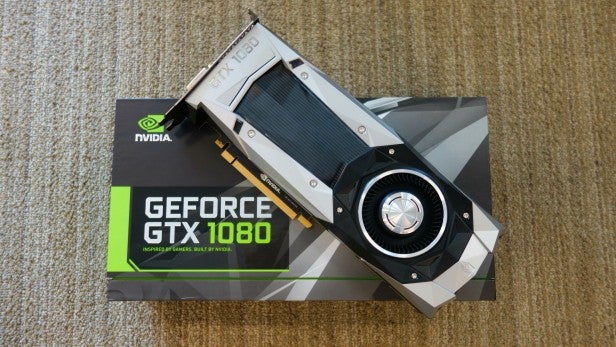 That move to 16nm and its greater transistor density means Nvidia can boost the output of its graphics cores, while fitting them into a smaller space, with increased electrical efficiency. The GTX 980 used 5.2 billion transistors on a 398mm2 piece of silicon, but the GTX 1080 has two billion more transistors inside a 314mm2 die. The GTX 980 required a peak power draw of 165W, while the new card needs just 15W more.

Those CUDA cores benefit from Nvidia’s new Pascal architecture, too. It alters the organisation of the cores, bonding them into smaller groups to improve task management and delegation. That architecture also brings better asynchronous computing-style calculations to the table alongside Lens Matched Shading, which is far pickier about rendering pixels that the user won’t see.

There’s also simultaneous multi-projection, which can render a single scene from sixteen different viewpoints – a future-proofed inclusion with two eyes on VR headsets. 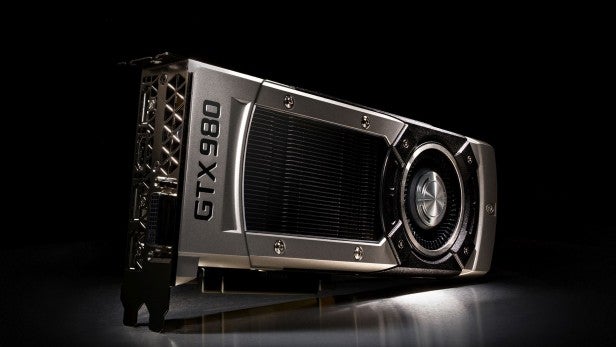 Then there’s the memory. The GTX 980 made do with 4GB of bog-standard GDDR5, while the GTX 1080 deploys 8GB of GDDR5X, which delivers huge speed and bandwidth improvements and is currently only found on Nvidia’s flagship card.

I benchmarked the GTX 980 and GTX 1080 on TrustedReviews’ test rig, which has been designed to match the specifications of a standard enthusiast gaming PC. It features the following components:

The fast-paced texture changes and demanding lighting of this racing game can prove testing for GPUs, but this is still the easiest title in the slate of games. That makes it a good base-level benchmark, and I always test with every option maximised.

This is an easier game, so it’s no surprise that both cards handled its benchmark at 3,840 x 2,160. However, the GTX 1080’s improved architecture and shrunken manufacturing process helped it open up a huge lead over its predecessor: it rattled through with a butter-smooth average of 63.2fps, while the GTX 980 only managed 39.7fps. That’s playable, but it’s a long way behind.

This game is a more challenging test thanks to a wealth of particle and fire effects. It’s a short run, but it pushes GPUs as the camera sweeps through Middle-earth.

Middle Earth’s tougher test saw the GTX 980 begin to falter at my highest test resolution. Its 4K average of 32.7fps is just about playable, but its minimum framerate will be a long way below that 30fps barrier – which means that the game will stutter and slow down, especially in frantic moments. 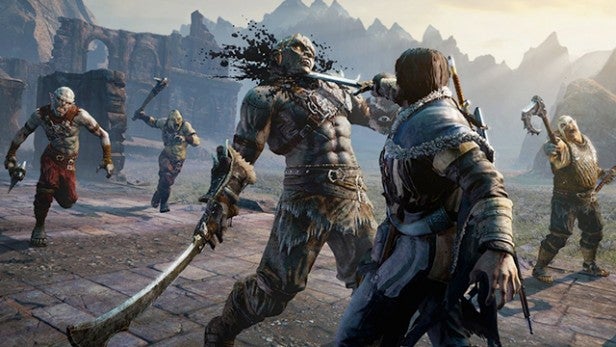 It’s a better bill of health for the GTX 1080, which averaged 54.9fps in the same test – an easily playable pace.

This benchmark is dense with NPCs, objects and complex lighting, and it’s one of the tougher tests in this suite of benchmark games.

This test really demonstrated the GTX 980’s strengths and weakness – it’s an excellent card for 1080p and 1440p gaming, but its performance falls down when it’s confronted with anything more demanding. 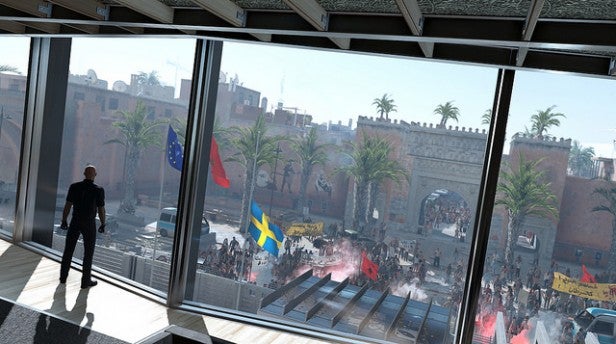 Nvidia’s newer card encountered no such issues. It handled 4K at 47.7fps, and averaged more than 80fps at lesser resolutions. This is a tough game, but Nvidia’s latest GPU won’t struggle.

Few games have weather effects quite like Tomb Raider, which makes it a great tool when it comes to benchmarking – only top cards will be able to handle this game smoothly, especially at high resolutions.

This is another game where the GTX 980 is good – but, when it comes to 4K, not good enough. Its 29.9fps average is only a tenth of a frame behind where I’d consider the title playable, but an inevitably lower minimum framerate ensures that the game won’t run smoothly. 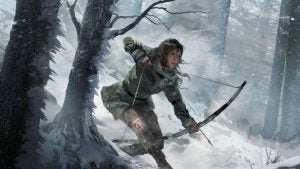 Both cards handled 1080p with ease, although the gulf between Maxwell and Pascal is clear: the GTX 980 blitzed through at 84.7fps, but the new card averaged 135.8fps.

3D Mark Fire Strike clearly demonstrated the difference between the GTX 980 and GTX 1080 without game engines and different drivers playing havoc with results.

Nvidia has developed this huge performance leap while consuming barely any extra electricity. With the GTX 980 installed the test rig demanded a maximum wattage of 270W, and this figure only rose to 286W with the GTX 1080 in place. Considering the performance gains, that’s a phenomenal result.

There’s a wider gap in temperature results, where the GTX 1080’s maximum level of 75°C is nine degrees higher than the GTX 980. That said, it’s always worth placing an asterisk next to temperature figures as so much of the score is down to heatsink and cooler designs.

There’s no getting away from the fact that the GTX 1080 is the world’s best consumer graphics card right now – and it’s left the GTX 980 in the dust.

The difference between the two is stark. The older card might handle lesser resolutions with aplomb but the Pascal-powered GPU is still far faster. And it uses that extra oomph to deliver smooth framerates in 4K tests. That bodes well for VR and multi-monitor, too, which are both areas where the GTX 980 will begin to show its age.

Don’t write off the older card, though. It’s still a capable core for 1080p and 1440p gaming, with impressive framerates in every game I tested at these resolutions. And while it doesn’t have quite the power needed for current games at 4K, it’ll handle older titles just fine at 3,840 x 2,160.

If you can afford it, the GTX 1080 is the better card by some distance. But the GTX 980 is a viable option for those on a budget, not least those who don’t want to play at 4K.

Nvidia has developed GPU Boost 3.0 alongside its new cards, and it says the software delivers better control overclock speed – and that its new GPUs have ample overclocking headroom.

I’ve no reason to doubt that approach. After a few minutes of tinkering with the GTX 1080 I’d managed to add 200MHz and 189MHz to the core and memory clocks, which are both deeply impressive for a card that already pushes the envelope. Those tweaks delivered about five extra frames per second.

The SLI situation is a bit murkier. I haven’t been able to test two GTX 1080s together yet, and Nvidia won’t be letting customers use three- and four-card SLI unless they register with the firm and ask for an unlock code.

That said, I can’t imagine many people will need to run three- and four- card SLI when one or two of these GPUs will deliver such huge performance.

First things first: don’t bother with Nvidia’s Founders Edition cards. They’re expensive models that don’t offer anything extra aside from the brownie points of having invested in one of the first GPUs to leave the factory.

The third-party card situation is far more compelling. Prices for board partner versions range between £590 and £750, with core and memory overclocks common – cores often now sit at 1,700MHz, with memory tweaked to 10,500MHz.

There aren’t any smaller versions of the GTX 1080 available, but the market is stuffed with good-looking GPUs with a multitude of fan and heatsink designs – and even water-cooled versions.

The GTX 980 is in a similarly good situation. Prices begin at £275, and there’s just as much variety when it comes to board partner designs. Overclocks are commonplace, too.

The GTX 980 may be far cheaper than the GTX 1080, but it’s worse in numerous key areas. It’s slower at every resolution, and doesn’t really have the power to handle 4K – and it’ll only get worse as games become more demanding.

The older card also doesn’t have the new features of its successor, nor does it have the efficiency improvements. If you can’t spend as much on a new GPU, I’d drop further back to the GTX 970: it’s even cheaper, and it also handles 1080p and 1440p gaming smoothly.