GoPro isn’t averse to marketing big talk, once calling its Karma Grip “Hollywood-calibre stabilisation in a backpack”. And true to form, it’s come out with some similarly big claims for its new flagship GoPro Hero 7 Black action camera.

GoPro founder Nick Woodman told us that the Hero 7 Black has “the best in-camera video stabilisation ever, in any camera”.

He didn’t stop there either, calling HyperSmooth stabilisation “the biggest innovation and advancement in our category since high definition”, and “the biggest value add that we’ve ever built into a GoPro”. Understatement sold separately, then.

So can the Hero 7 Black really match the optical vibration reduction seen in the likes of Sony’s FDR-X3000R or the sheer value offered by sub-£100 action cams? Or is HyperSmooth just hyperbole from a company that’s had some well-known rough times since its Karma drone quite literally crashed to earth?

I spoke to Michael Kraak, senior engineering director at GoPro, to find out the nerdy, technical foundation behind its HyperSmooth claims and also why anyone should consider buying a flagship GoPro in these heady days of budget 4K action cams and powerful smartphone cameras. Here’s what he had to say.

Firstly, can you just explain in simple terms what HyperSmooth is?

“HyperSmooth is a proprietary technology breakthrough developed by GoPro that achieves what was previously only possible through the use of a mechanical gimbal stabilizer. It corrects for shakes, bumps and vibrations, and produces video that is insanely smooth.”

Did GoPro ever consider putting optical stabilisation in a Hero camera? It’s obviously difficult, but not impossible, to do that in a camera this small. Why did GoPro decide to go with electronic stabilisation?

“What’s important is to define the right objective for stabilisation. When you look at the world of stabilisation you have the three axes: pitch, yaw and roll. Some people talk about five axis combined with optical stabilisation for the vertical and horizontal. This is really useful when you have some kind of depth of field. But for our main use cases in video, digital stabilisation is fine. 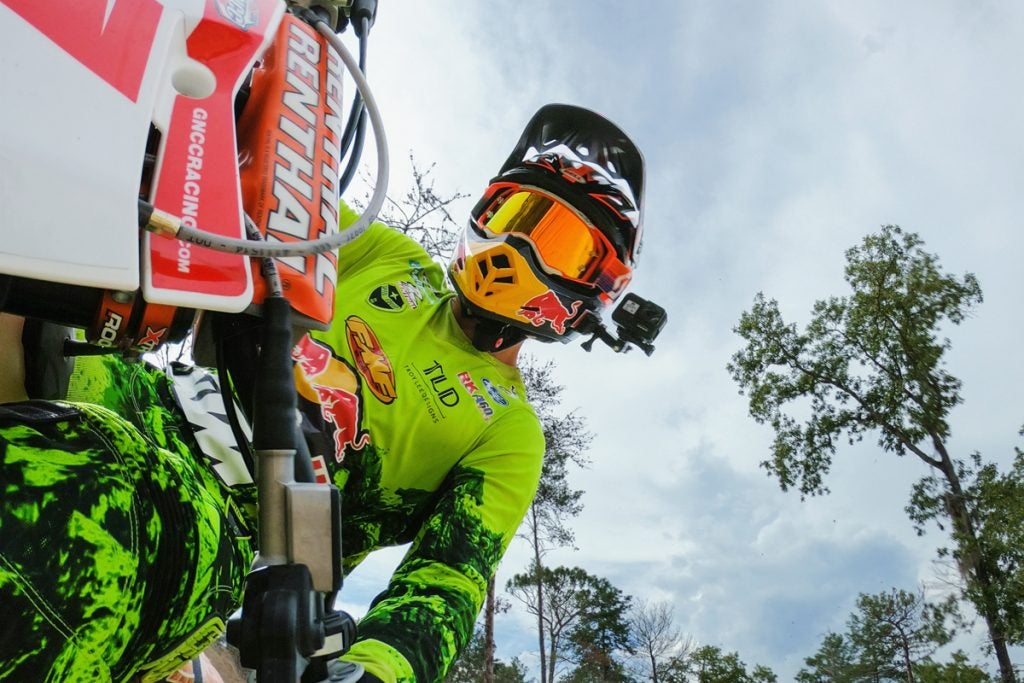 “You don’t see optical stabilisation that much in the devices with this form factor. It could bring some advantages, but when you compare some solutions in the market – let’s say you’re outdoors with really shaky and high vibrations, people with optical stabilisation don’t perform very well in these conditions.”

For HyperSmooth GoPro has talked a lot about harnessing the power of its GP1 processor, which you introduced on the Hero 6 Black. What’s unique about that chip when it comes to electronic image stabilisation?

“The way the chip was designed was to take electronic image stabilisation into account, because it’s one of the most demanding use cases for action cameras. So we’ve put pieces of hardware in the chip that allow the level of performance that we want.

“What is tricky in terms of performance is really to be able to manage high-resolution images with high frame rate. To be able to sustain 4K/60fps with that level of stabilisation you need quite a significant piece of hardware embedded in the chip.”

So how does HyperSmooth differ from the electronic image stabilisation on the Hero 6 Black?

“We added more memory (editor’s note: the Hero 7 Black has 1GB more RAM than its predecessor) and we’ve achieved a great combination of hardware and software stacks to perform this level of digital stabilisation. Electronic Image Stabilisation (EIS) works well in camera like the Hero 6, until the limits of the correction are reached.

“In Hero 7, we track the motion and adjust the correction intelligently to avoid hitting the limits. This allows the camera to correct for all but the most extreme, high-amplitude shake.”

There are a lot of cheaper 4K action cameras around that have GoPro-rivalling specs, at least on paper. Why should people consider paying that bit more for a GoPro Hero 7 Black?

“You don’t get stabilised footage at 4K/60fps with other cameras. People could buy similar components, but what is tricky isn’t just to assemble all of them, but to think about all the right trade-offs to make, so you get the best image quality, stabilisation and a smarter camera. With the competition, you don’t really see that. I’m not even mentioning the fake 4K in the Chinese market, which is just scaled from 1080p. 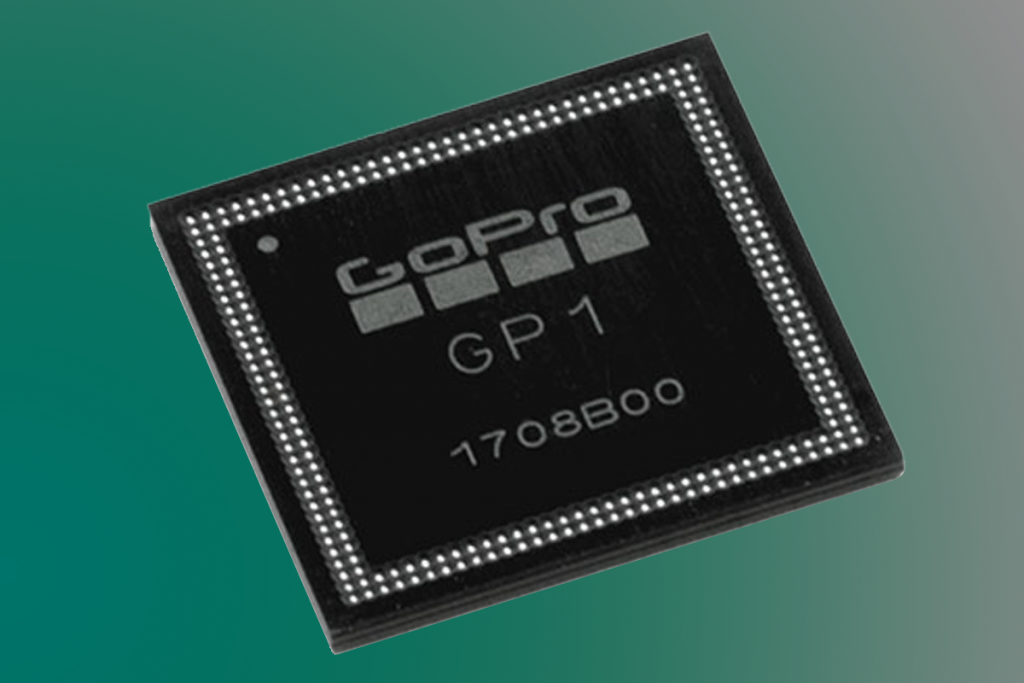 “But the level of performance you need to crunch that number of pixels with that frame-rate and resolution, you need something as powerful as GP1 to do that. You have to think about the mobile industry, that’s exactly what those guys did five or six years ago with Apple and Samsung. The reason why they did that was to differentiate, so that nobody can have exactly the same level of performance.

“What I would add is also to design this kind of chip and use it you need to have a significant strength in the market in terms of volumes. I’m not saying no-one’s going to do it in the future, but really in this market GoPro is the only company able to do that.”

The new SuperPhoto feature in the Hero 7 Black sounds a lot like the new ‘AI’ features on some smartphone cameras. Can you explain a bit more about how it works?

“So overall the system is a kind of fusion of the information you get from the scene and the sensor that I embedded in the camera. For example, underwater is something we look for. You can think about other conditions that are useful for GoPro users – when you go skiing, for instance, these kind of things are valid information. We did some heuristics around this information so that we derive a kind of optimised trade-off for the overall image quality.”

So in a broad sense the Hero 7 Black is able to say “I’m on a ski slope” or “I’m underwater” and adjust the settings according to that?

“Yes, you get some information from the scene. It makes the camera smarter. It’s always the goal, you know. There are three main topics for our cameras: better image quality and video with high resolution like 4K/60fps, then the stabilisation, and then you need to make the camera smarter.

“And thanks to the GP1 processor, we were able to introduce the first steps to make it smarter last year. And we are making lots of progress in this area. It benefits the image quality as well because you can recognise some scenes thanks to that.” Do you see it going further soon and being able to tag you scenes for you?

“Of course. So people talk about ‘AI’, it’s so generic. But what is interesting is that we know our market and what people expect from the camera, so how do we play with the technology so that it’s not something we just mention in the manuals, we want our customers to derive benefit from that. For example, when you use your Hero 7 Black snorkelling versus the Hero 5, you see the footage is so different.”

Can you explain a little more about that? And have you made any other improvements to the video quality on the Hero 7 Black?

“If you think about colour, the changes are noticeable especially in underwater conditions for white balance. You completely remove the need for a filter. Before, people when they used to go swimming, even below let’s say five metres, it would be better to use a filter. But here that need is completely removed. So basically you take the Hero 7, you don’t need a case, you don’t need a filter and you get a great snorkelling experience in terms of footage. That’s an example of improvement.

“There are some other tuning refinements, but I would say overall in terms of colour rendering for video, it’s quite similar to the Hero 6. I would say the focus of improvement is largely on the stabilisation and how we could cope with the best trade-off with exposure algorithms.”

And lastly, one of the challenges for electronic image stabilisation is low light situations. Did you do anything in particular to help maximise the performance of the Hero 7 in that scenario?

“You’re right, when you look at digital stabilisation you can think about a kind of two axis: one is really the quantity of motion that you get, and then the level of light. At some stage in low light you have the limitations of the sensor – so either you accept going to the maximum gain of the sensor, but then it’s the exposure time. And then you start facing all the motion blur issues that you may get in very low light conditions. It’s really a trade-off.

“What we’ve been to do with the Hero 7 Black is to push that threshold, meaning that when you have high motion and shake in low light conditions, it performs at a different level. But it’s still the kind of last frontier. It’s like in still photography if you shoot in low light you can put one candle in the room and try to shoot and expect some quality of picture, but with 1000 lux you don’t get it. So we pushed the limit as much as possible on this and the design of course takes into account very shaky, high vibration and low light. So that’s clearly the kind of condition when you went Go-Karting (editor’s note: see our GoPro Hero 7 Black review for sample footage from the Go-Karting and other scenarios). This is clearly one of the most demanding use cases.

“It’s not only the stabilisation when you think about low light conditions, you need to think about a lot of other things like exposure, what the exposure rendering should be. You need to take in account the sensor capabilities. So everything is a trade-off when you reach these critical conditions.”

What do you think, are you tempted to upgrade to the GoPro Hero 7 Black for its improved image stabilisation? Let us know over on Facebook or Twitter @TrustedReviews.