GoPro Mods – Release date, prices, specs and everything we know so far about the Hero 8 Black’s new accessories

The GoPro Hero 8 Black is finally here and so are its new gang of accessories, collectively known as the Mods.

But what exactly are the GoPro Mods, and when will you be able to snap them up? Here’s everything we know so far about GoPro’s boldest action cam accessories.

The short version is that the Mods comprise three accessories: a Media Mod, Display Mod and Light Mod. Available for pre-order in December 2019 ahead of a 2020 release, they will be compatible with only the new Hero 8 Black model.

Collectively, they’ll turn the Hero 8 Black into what GoPro claims will be the ultimate take-anywhere, vlogging setup. Sound interesting? Read on to find out more about these additions to GoPro’s action cam army…

GoPro Mods release date and prices – When are the Mods out and how much will they cost?

Okay, let’s start with the bad news. All three GoPro Mods will be only be available to pre-order in December 2019, with shipping unlikely to take place until 2020. That’s quite a long wait for new Hero 8 Black owners looking to expand their vlogging horizons.

The better news is that when they do finally arrive the Mods will be relatively reasonably priced. The Light Mod will cost £49.99, with the Media Mod and Display Mod both priced at £79.99.

Interested in how they stack up against existing accessories such as Rode’s VideoMic Go? Here’s everything we know about each Mod so far. 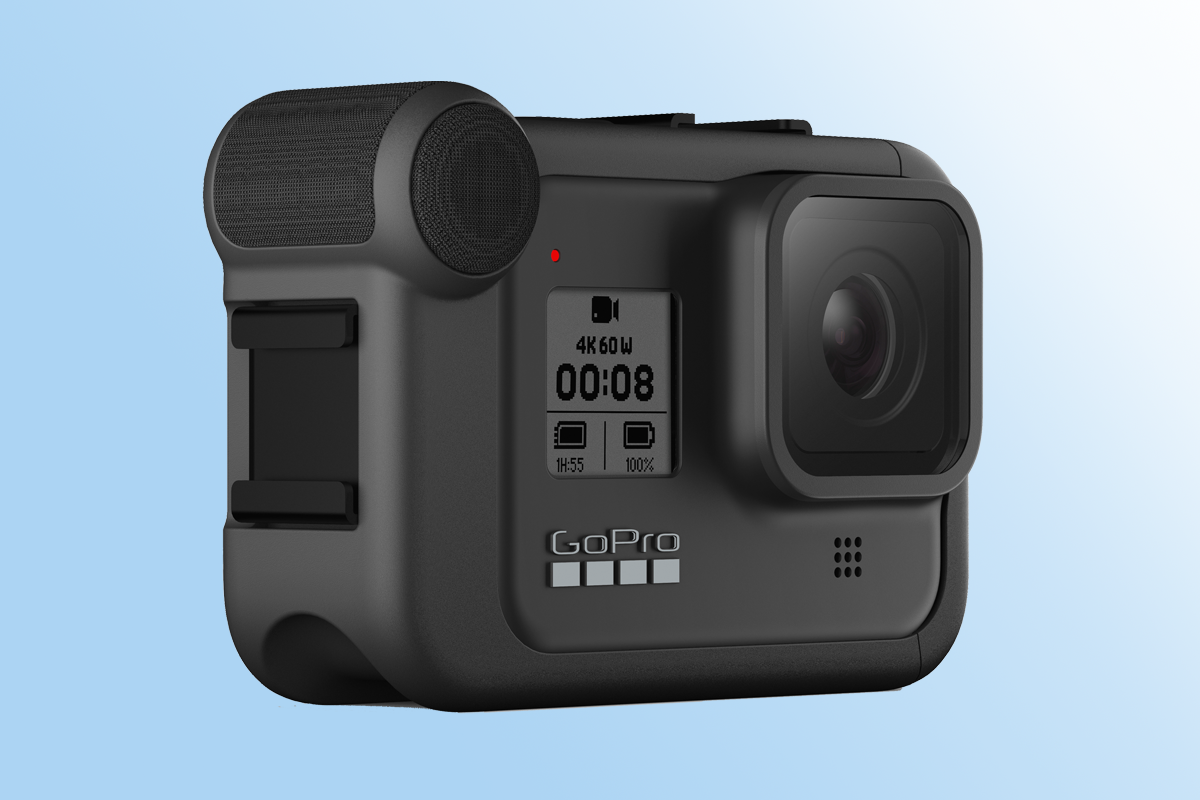 The Media Mod promises to deliver professional-grade audio to your GoPro camera – and in a much sleeker way than existing solutions such as Rode’s otherwise excellent external mics.

Capable of capturing shotgun-mic directional audio, the Media Mod also features two cold-shoe mounts so you can clip on additional accessories (the Light Mod and Display Mod, for example) later on.

Handily, this mod also features external Type-C, HDMI and 3.5mm mic adapter ports, making it a kind of hub for any other accessories you might want to add to your Hero 8 Black. 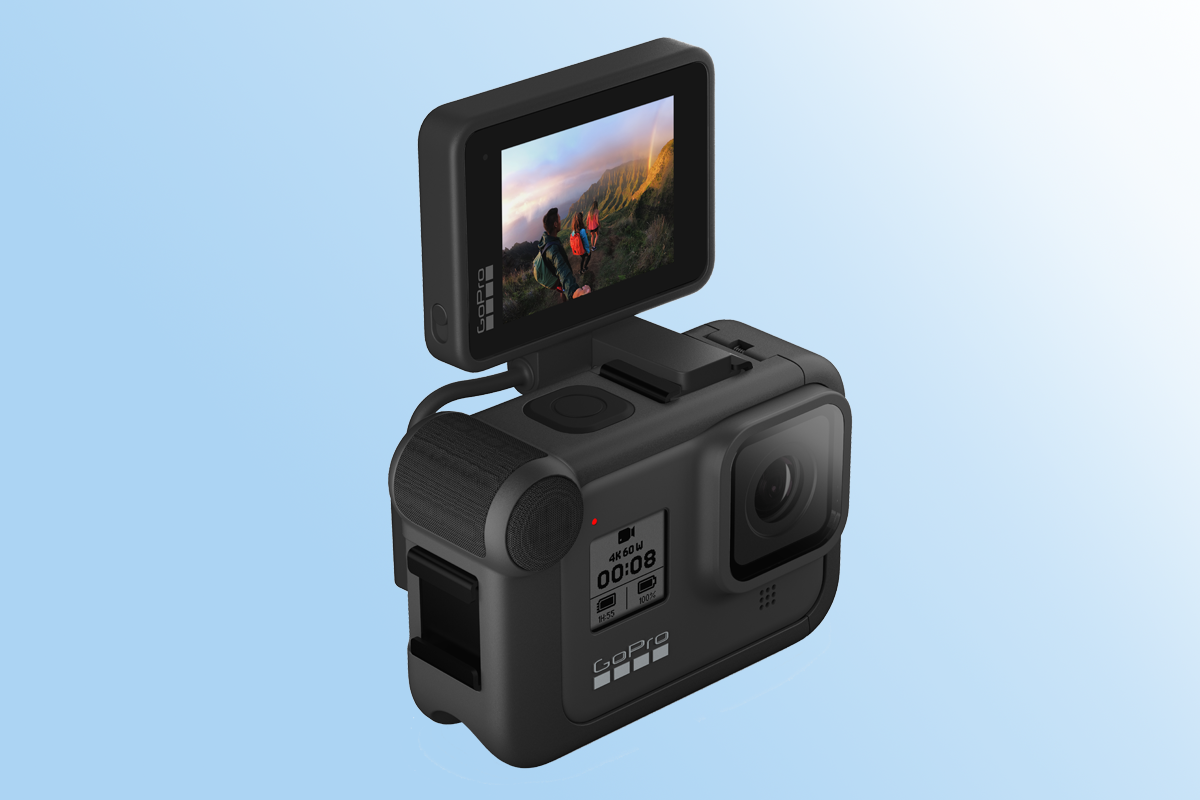 The Display Mod is pretty self-explanatory. It’s potentially a very useful addition to your GoPro, especially if you’re a vlogger. This mod adds a folding front- or rear-facing display, allowing you to view footage as it’s captured.

The 1.9in display perches on top of the camera body and folds down when you want to stash it away. While the DJI Osmo Action‘s front screen is more discrete, it’s smaller at 1.4in and uses up power; the Display Mod instead has a built-in 680mAh battery. 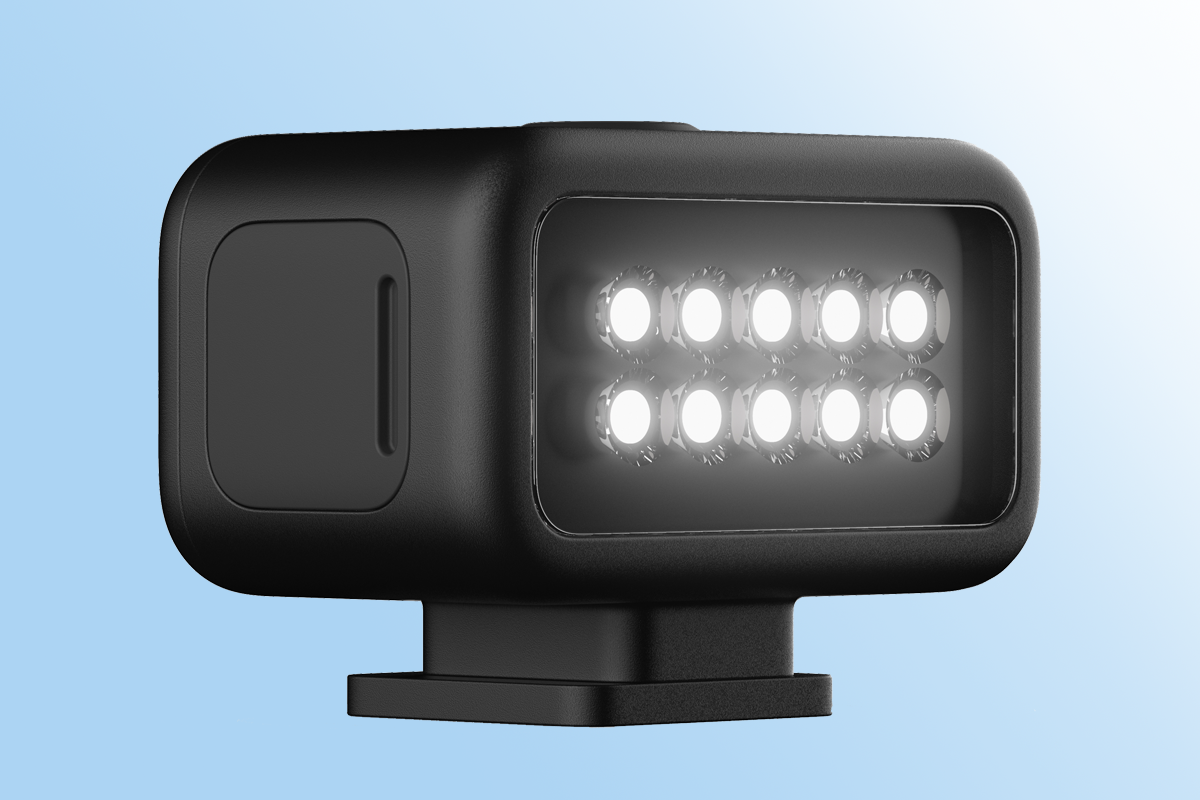 The cheapest of the Hero 8 Black’s new mods, GoPro claims the Light Mod is the “world’s most versatile light”.

While that might be pushing it slightly, this waterproof light can handily be mounted on top of the Media Mod or on most GoPro accessories such as tripods or headstraps.

The Light Mod is capable of providing enhanced lighting in up to 33ft (that’s 10m) of water and is rechargeable. The nifty little light also comes with a diffuser to soften lighting when combined with the Hero 8 Black. It isn’t yet clear how bright it will go, but we’ll update this story when more details become available.