What are the GoPro Hero 8 Black and Max?

GoPro has completely reworked its top-end action cameras. The GoPro Hero 8 Black and GoPro Max are flagship replacements for the Hero 7 Black and Fusion.

The first is a high-end consumer action camera, the second a 360-degree camera that lowers the (RRP) entry price for such footage. Well, from GoPro at least.

Much like the Fusion and Hero 7 Black generation, many of you may find the Hero 8 Black more useful for standard action cam scenarios. It’s smaller and therefore easier to mount on bikes, helmets and so on. However, the Max lets you get more creative with captured footage. And the price difference is less than you might guess.

The GoPro Max and Hero 8 Black were announced on October 1. This is a year on from the Hero 7 Black’s release and two years since the Fusion arrived. The Fusion was GoPro’s first 360-degree camera.

There was a huge difference in price between those two earlier models, of around £300. GoPro has managed to cut that down to a £100 gap. The GoPro Hero 8 Black costs £379, and the Max £479. GoPro’s message is clear. It wants us to think of the Max as a mainstream camera, much more so than the Fusion.

That camera’s online price has also dropped an awful lot since launch, though. You could find the Fusion for around £375 online at the time of the Max’s release.

This is a classic case of a design heading towards maturity. GoPro has clearly found ways to make the camera’s use of internal space more efficient – and that’s a huge benefit for highly active users. I don’t strap an action camera onto my bike helmet too often, but the less it sticks out the better. It looks less silly, and means you have to worry about knocking it less. A Fusion on a bike helmet felt precarious.

The GoPro Hero 8 Black gets some important practical upgrades too. You no longer need a frame to use GoPro mounts, as the mounting “fingers” required are built into the camera itself. 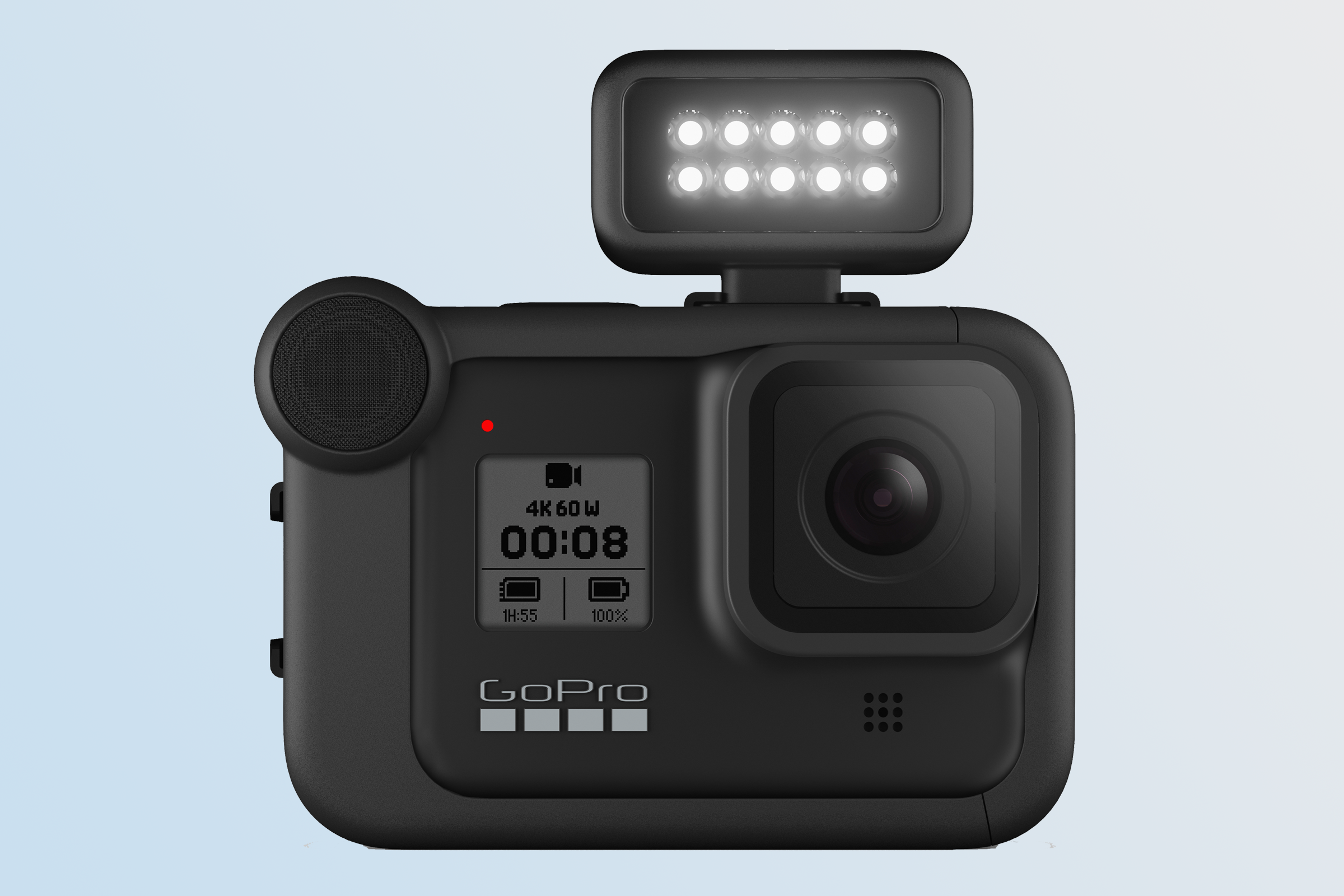 The Max also has a screen this time around, once again giving it a mainstream appeal much closer to the Black series. You don’t necessarily need the screen for 360-degree video. But it can, of course, do much more than that. GoPro likes to say the Max has “4 digital lenses”. But as a 360-degree camera it actually has two 180-degree “real” lenses that give it a full view of the world around it.

You can take 360-degree video like the Fusion, and use similar fields of view as the Hero 8 Black. These will seem pretty familiar if you have used a recent high-end GoPro.

They are the very wide “SuperView”, “Wide”, “Linear” and “Narrow”. GoPro says that last one is similar to the view of a phone. 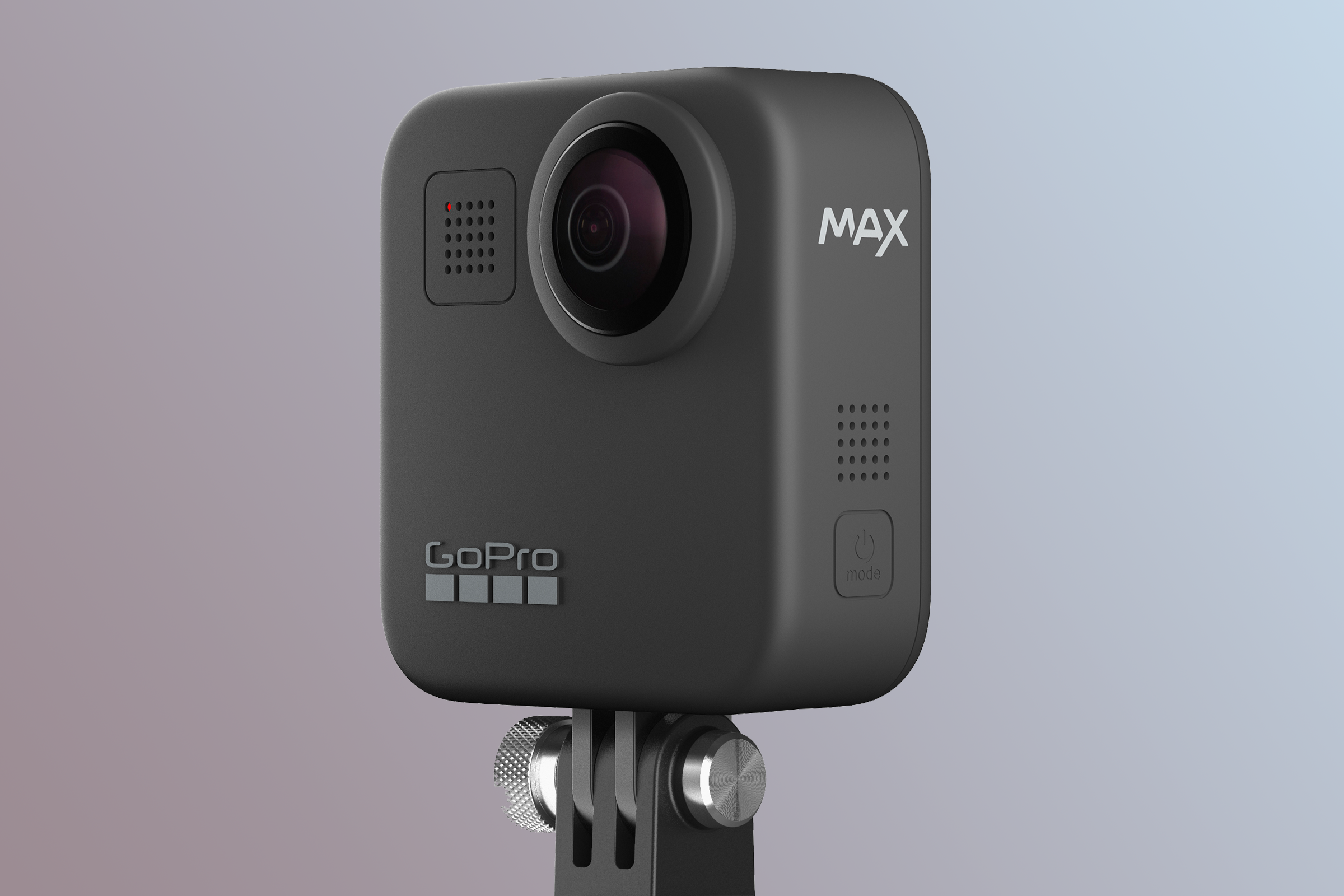 The Max can also shoot 270-degree panorama photos and, thanks to its wider lens, it can provide even better stabilisation than the Hero 8 Black. GoPro calls the Max the “world’s most stabilized Hero”, thanks to its Max HyperSmooth mode, which can keeps the horizon completely level for a smoother look.

Let’s not go calling this a clean sweep for the Max, though.

And the more sensor area involved, the more likely we are to see good performance in lower light, and better-realised fine detail. You’ll have to wait for our full review to check this theory out, but the Hero 8 Black should still be the best choice from an image quality purist perspective. What else can these action cameras do? Both can livestream video at 1080p resolution. 720p and 480p resolutions were your choices in the Hero 7 Black.

They have slo-mo up to 8x (240fps, 1080p) and custom capture presets that let you set different parameters for different occasions for quick access. You also get TimeWarp. This is GoPro’s stabilised timelapse video, which offers some very neat professional-looking results. 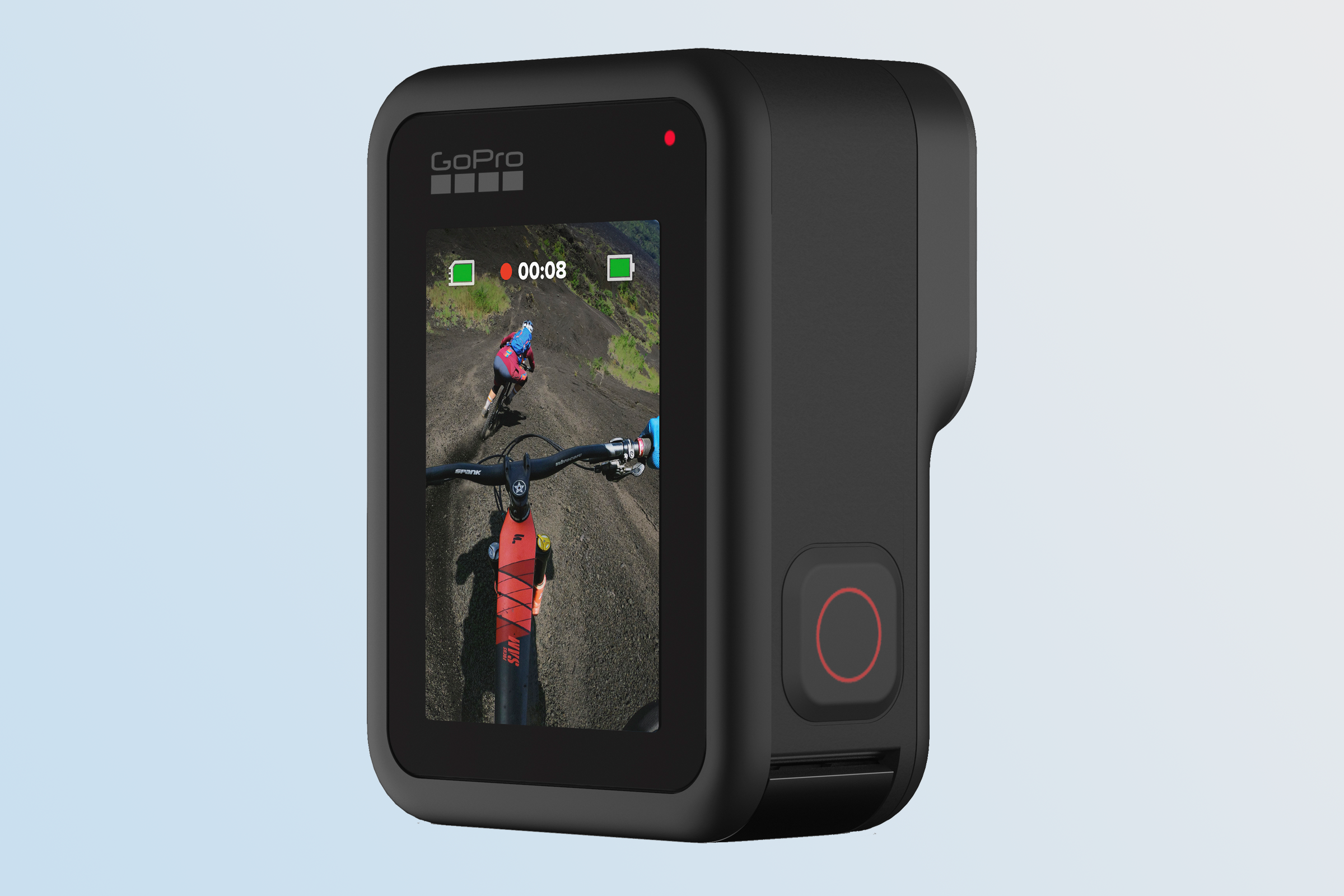 The Hero 8 Black also has LiveBurst. This captures 1.5 seconds of 4K video footage before you press the shutter button and another 1.5 seconds afterwards, giving you a 3-second clip for easy sharing online.

The GoPro Max is a bigger step forwards than the Hero 8 Black in its respective series. A screen, reduced size and lower starting price make this a better alternative to the standard Hero than the Fusion was at launch back in 2017.

But is it actually better? The small size of the GoPro Hero 8 Black is still important, and thanks to the physics of camera sensors you’re likely to get better video quality at the fields of view these cameras share.

However, that the Max has significantly better sound quality and doesn’t cost that much more should make many consider the move to a 360-degree cam.