Editing 360-degree VR footage is one of the biggest pain points around the burgeoning new capture method. The GoPro Fusion’s OverCapture mode helps to get around this.

The idea of capturing footage in glorious 360-degrees is a pretty enticing one, that is until it comes to viewing it back or editing it into something you want to share. Not everyone wants to strap a VR headset on to watch it back and then you’re left swiping and panning across your screen to look around. Sometimes you just want to watch something in a more traditional manner. The GoPro Fusion’s OverCapture is one way to get round this. It lets you recapture your 360-degree footage back into a fixed perspective video but with the freedom to reframe with all the freedom allowed by 360-degree video. This means when you’re in the moment you won’t have to worry as much about framing your shot as you know you can correct this later. You still have the option to view your footage in VR, of course.

In fairness, this isn’t a completely new feature, the Insta360 One has a similar feature, which it calls FreeCapture. Where the Fusion wins is in terms of resolution, however. The Fusion can capture 360-degree footage at 5.2K resolution and 30fps or 3K resolution and 60fps. There’s also 18-megapixel 360-degree still image capture.

It’s also worth noting that OverCapture won’t be available in the GoPro mobile app from launch. It won’t be ready for the limelight until 2018. You will, however, have the ability to use OverCapture in the GoPro Desktop editing software and GoPro says plugins will be available to work in Adobe Premier for those with more advanced editing skills. Still, when the company is pushing ease of editing through its QuikStories, it’s less than ideal to not have the mobile implementation ready for launch. 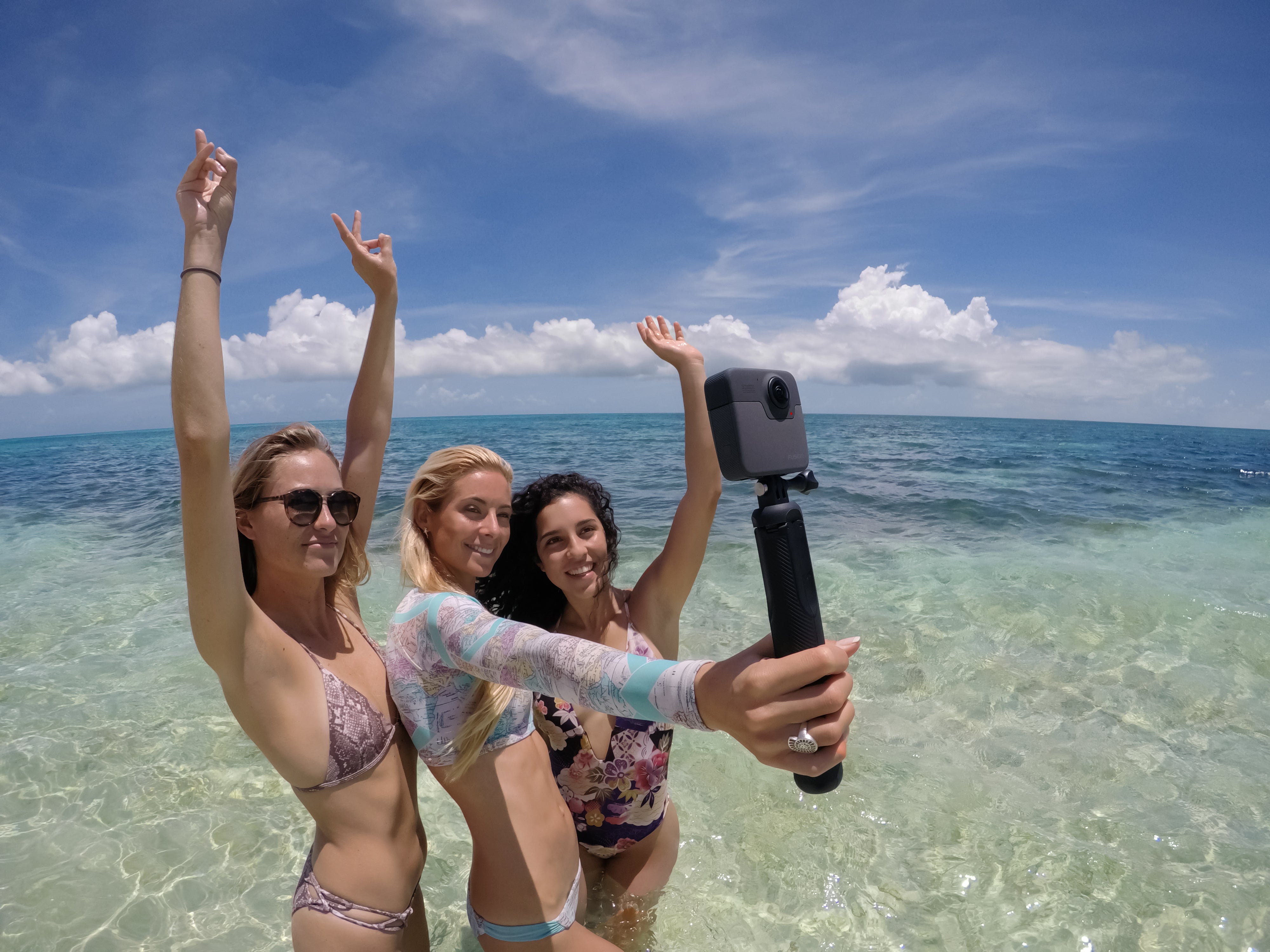 The Fusion camera is also waterproof to 5m without the need for a separate case, so not quite able to reach the depths of its Hero 5 and Hero 6 cousins. Like the newly-announced Hero 6 Black it has GPS, an accelerometer, gyroscope and a compass inside and can be voice controlled in 10 languages.

Trusted Reviews is currently attending a hands-on event so be sure to check back for full impressions.

The GoPro Fusion is available to preorder today from GoPro and costs £699/$699. They’ll begin shipping in November.