Self-driving cars could be at least 15 years away according to a Ford engineer.

Andreas Meyer is a development engineer working on Ford’s Adaptive Active Cruise Control and the new Traffic Jam Assist feature which allows vehicles to keep up with traffic and stay in-lane on motorways.

The new feature is likely to be released in 2018 and is a step towards a fully autonomous vehicle.

But Andreas, who demonstrated the system at Ford’s Research and Innovation Centre in Aachen, Germany, is doubtful that self-driving cars will be arriving any time soon.

Speaking to TrustedReviews, he said: “. That’s in general and not just for Ford because there are a lot of hard situations out there on the road.

“I would say fully autonomous driving where you can sit in your vehicle, programme it on your navigation system and it will drive you there, that will definitely be a long way away,” the engineer added.

With Google aiming to get a fully-autonomous vehicle on the road by 2020, and Apple almost certainly working on their own self-driving car, the race is on to get the vehicles ready as soon as possible.

“We can get a lot of experience with these features now. Basically we have to add a lot more sensors all around the car sensing the environment. That will be the hard part for autonomy,” he explained. 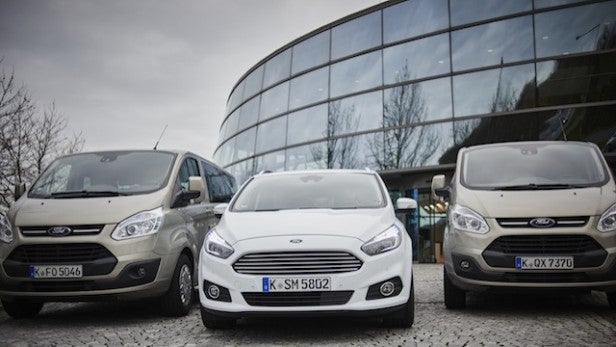 Cars with the latest in camera tech are tested outside Ford’s Research and Innovation Centre in Aachen, Germany

Andreas’ scepticism is mirrored by MD of the Research and Innovation centre, Pim van der Jagt, who said that the many issues facing makers of fully autonomous vehicles could mean that self-driving cars won’t be ready for production any time soon.

Ford recently opened a research centre in Silicon Valley, similar to the one which Mr van der Jagt heads in Aachen.

Speaking about the culture of Silicon Valley, Mr van der Jagt said: “We’re just trying to stop [companies like Apple and Google] from hiring our people. Silicon Valley from a people standpoint is very difficult. These companies there just keep hiring people and the average person that goes there, these young smart kids, usually work for a company for 10 years and if they’re not 100% happy they look for another company.”

“The mentality there is that they try to switch companies every two years and increase their salary or go to a startup and then go to the stock market and cash 30 million,” said the Ford exec. “We want to be there to have access to these startups and the kind of mentality there. But from a personnel standpoint it’s very difficult to keep your people and stop losing your good people to other companies.” 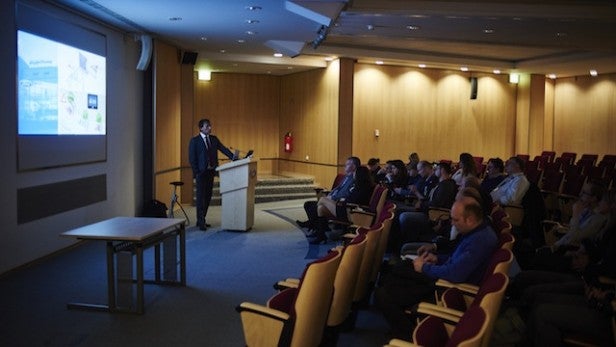 Ford CEO Mark Field surprised many last month when he said that Ford could have an autonomous vehicle on the road within the next four years.

The company has become the first to test autonomous vehicles in a simulated city, known as Mcity, near Ford’s headquarters in Detroit, Michigan.

But with technical challenges such as those faced by Ford’s own engineers in the way, it seems this could very well be wishful thinking.