Google flagging its competitors’ products, such as Bing and Firefox, to Android users based in Europe.

Google Play has started showing users two pages that make it easy to install a web browser or search service that wasn’t created by Google: 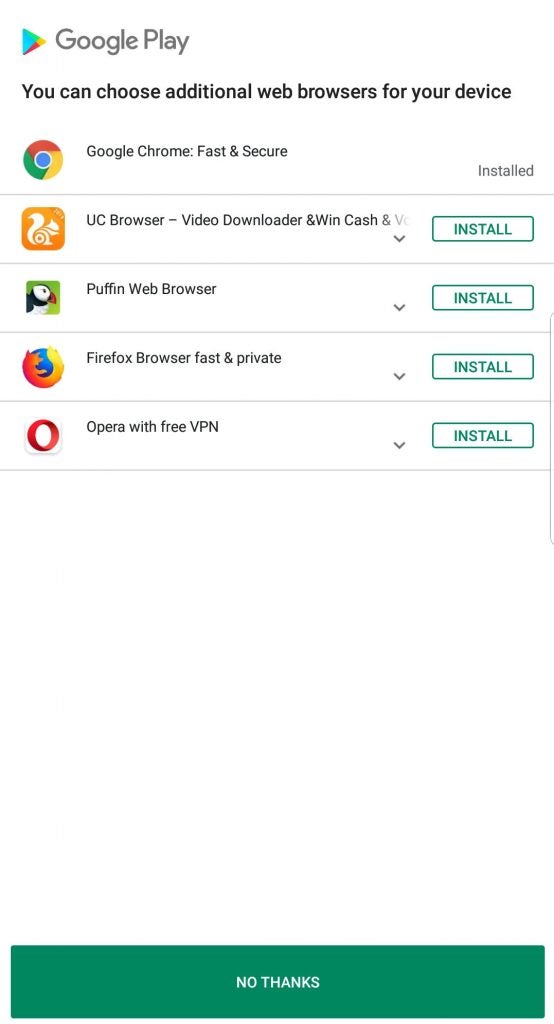 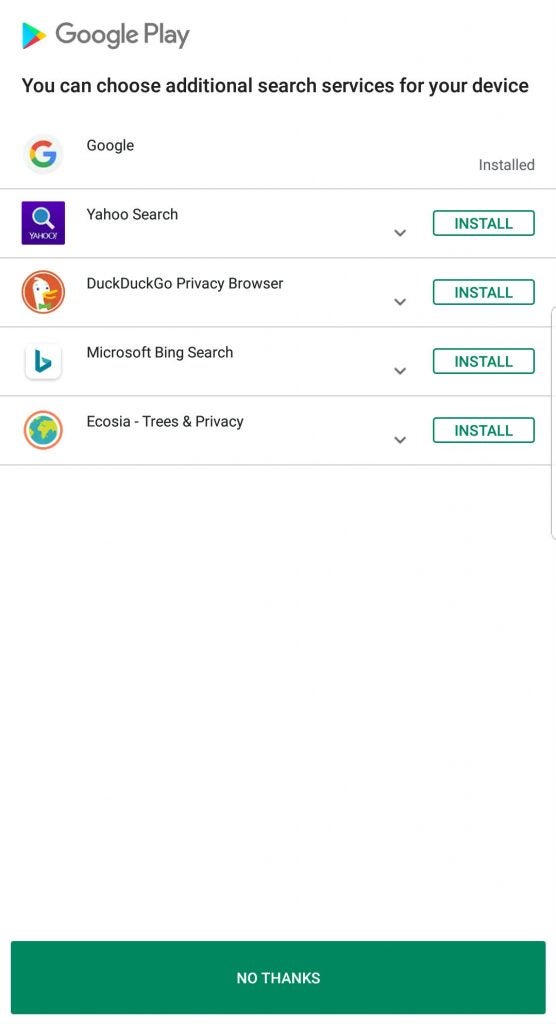 The search giant announced the move back on March 19, in response to “feedback” it received from the European Commission (EC).

A day later, the EC announced that Google had been fined €1.49 billion for breaching EU antitrust rules, by “imposing a number of restrictive clauses in contracts with third-party websites which prevented Google’s rivals from placing their search adverts on these websites”.

In July 2018, the EC fined Google €4.34 billion for breaching EU antitrust rules, this time for “illegal practices regarding Android mobile devices to strengthen the dominance of Google’s search engine”.

And a year previous to that, in June 2017, the EC fined Google €2.42 billion for − you guessed it − breaching EU antitrust rules, this time for “abusing its dominance as a search engine by giving an illegal advantage to Google’s own comparison shopping service”.

In Google’s March blog post, the firm’s SVP of global affairs, Kent Walker, wrote: “On Android phones, you’ve always been able to install any search engine or browser you want, irrespective of what came pre-installed on the phone when you bought it. In fact, a typical Android phone user will usually install around 50 additional apps on their phone.

“After the Commission’s July 2018 decision, we changed the licensing model for the Google apps we build for use on Android phones, creating new, separate licenses for Google Play, the Google Chrome browser, and for Google Search. In doing so, we maintained the freedom for phone makers to install any alternative app alongside a Google app.”

The blog post continues: “Now we’ll also do more to ensure that Android phone owners know about the wide choice of browsers and search engines available to download to their phones. This will involve asking users of existing and new Android devices in Europe which browser and search apps they would like to use.”