Google has announced it’s teaming up with the people behind the Wonder Woman movie to teach teenage girls how to code, using the company’s Made with Code programme.

Made with Code is an initiative from Google, launched in 2014, that empowers teenage girls to code. This new partnership allows users to code in three different levels that recreate scenes from Wonder Woman – which hits theatres today.

The scenes in Made with Code introduce the user to coding by providing blocks that need dragging and dropping into the right place to make Wonder Woman, as well as variables and other objects, move in the right sequence for the scene to play out correctly.

After the user has successfully completed a level, they’re treated to the scene playing out in full. 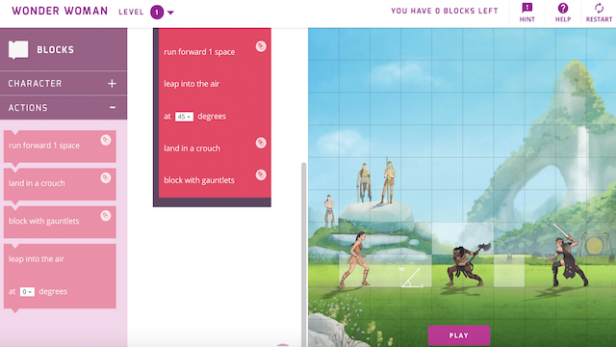 The aim of the initiative is to teach teenage girls how important coding is in animating a series of events.

Google previously partnered with the film Inside Out to bring a similar set of new levels to their Made with Code programme.

What other partnerships would you like to see Google create for its Made with Code programme? Let us know in the comments.