However, not all key parties are supporting one or both platforms, meaning accessibility to 4K HDR content still depends much on the content portal and your TV manufacturer.

Now it appears that, for Google Play Movies users, the situation is about to improve. FlatpanelsHD has spied the Dolby Vision logo in listings on the Android TV-powered Nvidia Shield device. In the US and Europe, the site says, you can buy a Dolby Vision compatible version of the Oscar-winning film Joker. It’s unclear how many other movies are supported right now.

You can see the logo in the screenshot below: 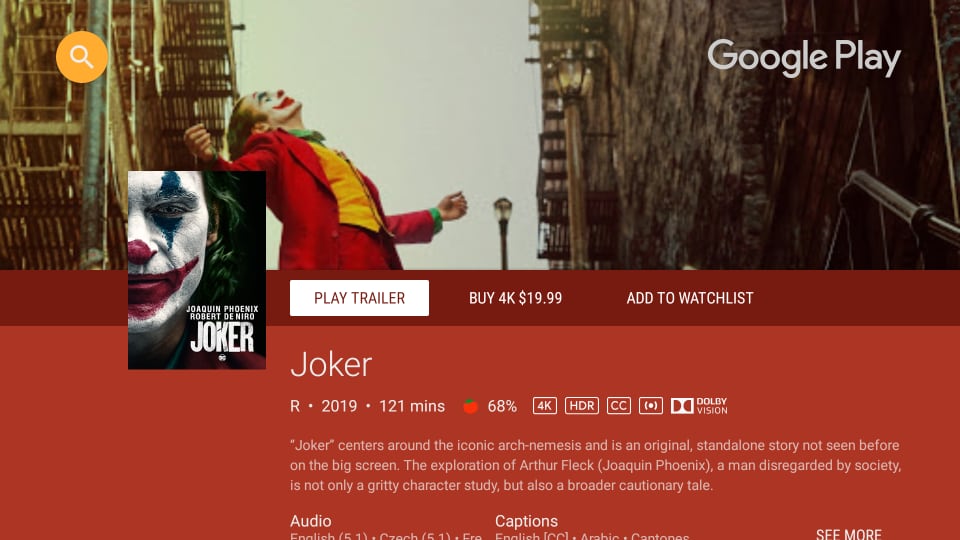 We’ve contacted Google for confirmation and will update this article when the company issues a response. However, it is a surprise to see Dolby Vision support roll out first when the company has only spoken openly about its plans to incorporate HRD10+ before the end of 2020.

Related: How to find 4K HDR content on Netflix

Back at CES in January, the company promised the HDR10+ experience was coming this year, joining existing support for the existing HDR10 standard. In a statement Google said: “Google Play Movies & TV, a major UHD OTT distributor, will support HDR10+ for their UHD titles. Consumers will be able to enjoy a superior UHD experience with content from major Studios in 2020.”

However, there have been hints within the app’s code, as 9to5Google spotted way back in December.