Images of the Pixel 5a were leaked this month, giving us our first possible glimpse at the affordable follow-up to the Pixel 5.

The four photos, which were shared on Slashleaks by tipster Slivakov, suggest that Google will swap out the Pixel 4a’s punch-hole camera for a larger bezel.

The leaked images also show off the device’s camera settings, including the video stabilisation feature, and suggest that it will come kitted with 6GB of RAM and 128GB of storage. 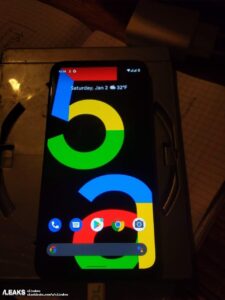 However, doubt has already been cast over whether or not the 5a is the phone pictured in the photos.

A report by NotebookCheck indicates that the leaker hasn’t got a particularly reliable record on Slashleaks with a trust score consistently below 30%.

Meanwhile, the product revision name ‘starfish’, which appears in one of the images, contradicts a previous ‘barbette’ codename leak and the serial number ‘0123456789ABCDEF’ is somewhat suspicious, too.

For now, we’ll have to take this Pixel 5a leak with a grain of salt. 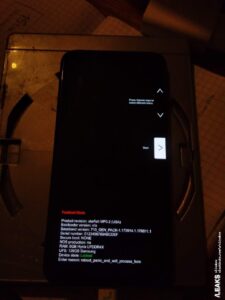 Not much else is known about the Pixel 5a just yet, but keep checking back as we update this guide as more news and rumours roll in. Read on to discover what we know about the phone so far…

Pixel 5a release date – when will it launch?

Google usually announces its mid-range Pixel phone at its yearly Google IO event in May. The company was forced to push back and eventually cancel the event in 2020, due to the ongoing Coronavirus pandemic, with the Pixel 4a launching later than usual in August.

It isn’t yet clear whether the pandemic will continue to affect Google’s launches in 2021. Google hosted an online event for the Pixel 5 in September, meaning a virtual Google IO could be back on the table for this May.

For now, we expect the Pixel 5a to be released in summer but we’ll have to wait to see when exactly Google will host the event.

Pixel 5a price – how much will it cost?