Pixel 3 vs Pixel 3 XL: Which Google phone should you huy?

Google’s latest phones for 2018 are now available to buy and as usual there are two of them. The Google Pixel 3 and Google Pixel 3 XL are the brand’s new headline devices, replacing the Pixel 2 and Pixel 2 XL.

Both devices, as has become custom for Google, focus on the camera and we’ll say straight away it has done a stunning job there.

But what’s different between the two phones? Let’s compare and have an in-depth look.

These two phones do not look alike. Unlike the iPhone XS and iPhone XS Max, the two versions of Google’s flagship look noticeably different.

The Pixel 3 XL mimics the iPhone XS and Huawei P20 Pro by having a notch at the top of the display. The notch here houses the front speaker and twin front cameras, however, it certainly is larger than other notches we’ve seen.

It dips down quite far into the display and is certainly disruptive if you use your phone a lot for video. It does, however, allow the bezel to be much thinner around the rest of the device. Below the screen, on the Pixel 3 XL you’ll find a small chin housing the second front speaker. 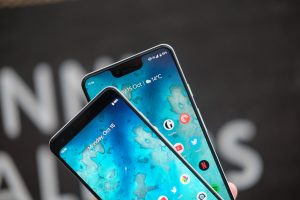 Switch over to the Pixel 3, though, and you’ll find a phone that looks a lot more like the Pixel 2 XL from last year.

It ditches the 16:9 display of the Pixel 2 for an 18:9 one, reducing the bezel in the process. It looks a lot more modern and will likely appeal to those put off by the notch on the XL version. The smaller version also feels a lot nicer to hold and it’s easily manageable with one hand.

Flip the phones over and they look a lot more alike. Both have glass backs with a slight two-tone colouring and a fingerprint sensor in the middle. Google’s focus on fingerprint security over something like face unlock (which these phones have no form of) is odd, especially when others are focussing so heavily on it. Still, the fingerprint sensor is well placed and works well. Both sizes come in white, black and pink (which Google’s calls Not Pink, even though it is pink).

Neither boast headphone jacks, though – something that’s hardly a surprise after the Pixel 2 ditched it last year. However you do get a surprisingly good pair of USB-C headphones in the box with a design very similar to the Google Pixel Buds.

Both phones are IP68 rated and support wireless charging through the Qi standard. Alongside the phones Google is selling the Pixel Stand: a sleek, vertical wireless charger that adds some extra functionality. Plop the phone down on the pad and they become almost mini Google Home Hub with additional voice commands and alarm functionality.

Pixel 3 vs Pixel 3 XL – Which one is more powerful?

These two phones look quite different from one another, however on the inside they’re very similar. This is an approach we like as you’re not sacrificing too much if you prefer smaller or larger phones.

Both the Pixel 3 and Pixel 3 XL are powered by the Snapdragon 845 chipset paired with 4GB RAM. Considering the majority of other Android flagship phones are now boasting either 6GB RAM or 8GB RAM it does seem odd Google is sticking with 4GB. It seemed fine and fast during our review period – but we’ll need to spend months and months with the phones to see whether they eventually suffer.

Storage starts at 64GB, with a 128GB option too, and there remains no microSD card expandability so choose your storage wisely when you buy this phone. The only additional storage given is free uploads of your photos and videos through the Google Photos app.

Other specs include a 6.3-inch, 2960 x 1440 OLED display on the Pixel 3 XL, and a 5.5-inch FHD+ OLED on the regular Pixel 3. Both displays support HDR – a first for the Pixel series. Unlike with the Pixel 2 and Pixel 2 XL, the displays here are fantastic. Colours are bright and vivid, blacks deep and viewing angles great. 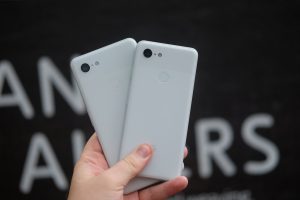 Battery sizing differs between the two phones (The Pixel 3 XL packs a 3430mAh cell with the Pixel 3 boasting 2915mAh), however, due to the higher-res display on the Pixel 3 XL you don’t get that much extra endurance. We managed to get about an extra hour of screen time with the larger model.

Android 9 Pie is the software of choice here and, as this is a Google phone, you’ll be first in line for updates down the line. The version of Pie shipping here includes the new Digital Wellbeing features, updated gesture navigation and streamlined notifications.

While we don’t mind these new gesture navigation controls, it would be nice to have the option to switch back to something more familiar.

The reason we’ve loved the previous Pixel phones so much is their excellent cameras. Even though they have never packed the biggest megapixel sensors or widest apertures, they’ve managed to take exceptional snaps.

A lot of this comes from Google’s tremendous auto-HDR feature and the way it uses computational photography to combine multiple shots together. For the Pixel 3 XL and Pixel 3 Google once again focussed on software rather than hardware.

Both phones boast a 12-megapixel sensor on the back – this remains a single sensor – with an f/1.8 aperture. The two cameras in these phones are identical and pictures we’ve captured with them both are as good whether you go for the Pixel 3 or Pixel 3 XL. Check out some of the samples below. 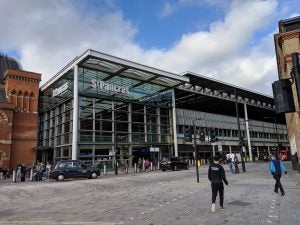 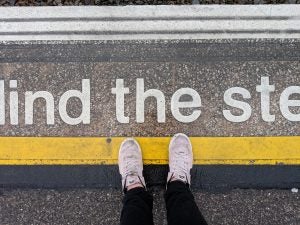 Colours are natural and punchy 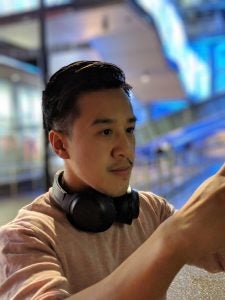 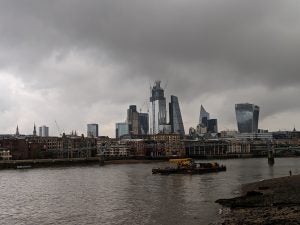 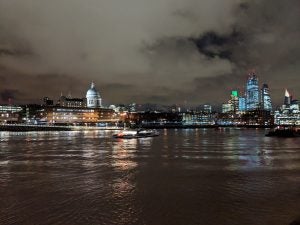 Both in daylight and at night the photos are stunning: colours are crisp, contrast strong and dynamic range unbeatable. They’re also just so reliable and you barely have to fiddle about with shots afterwards at all. There’s a great portrait mode too, along with the dedicated low-light Night Sight option that’ll help boost colours in your darker photos. Video capture is equally excellent thanks to the fantastic stabilisation.

Google’s redesigned the camera app too, making it easier to flick between differing modes.

On the front of both phones, you’ve got dual 8-megapixel sensors: one is a standard sensor and the other wide-angle. Switching to this wider camera allows you to cram more faces into your selfies.

The larger Pixel 3 XL phone benefits from a bigger display and battery, however that notch and the unconventional shape it brings is likely to irk many people. For those folks, the smaller Pixel 3 offers the same camera and software benefits in a more traditional package.