Along with a load of other hardware, Google has just unveiled the Pixel 2 and Pixel 2 XL. These flagship phones will replace the outgoing Pixel and Pixel XL, and hopefully take on the Samsung Galaxy S8, LG V30 and iPhone 8.

But how does Google improve upon its impressive original? Let’s take a look and see.

Even though the original Pixel was one of our favourite phones of 2016, it was rather boring to look at.

That chunky metal body, boring selection of colours, dodgy glass panel and huge bezel made it feel old almost instantly. It also aged poorly, picking up scratches and dings at an alarming rate.

Things are a little bit different this year, but maybe not by as much as we’d hoped. The first thing you’ll notice about the Pixel 2 is the meaty bezel running around the display. Granted, it does now pack front-facing speakers, but it’s hardly pleasing on the eye. If you want less bezel, you’re going to have to plump for the Pixel 2 XL which has a design more akin to the LG V30 and iPhone X.

Like the Pixel, the Pixel 2 also has a glass panel on the back covering the camera lens and flash. It’s slightly smaller than before, doesn’t include the fingerprint sensor which now sits below, and hopefully won’t scratch quite so easily. 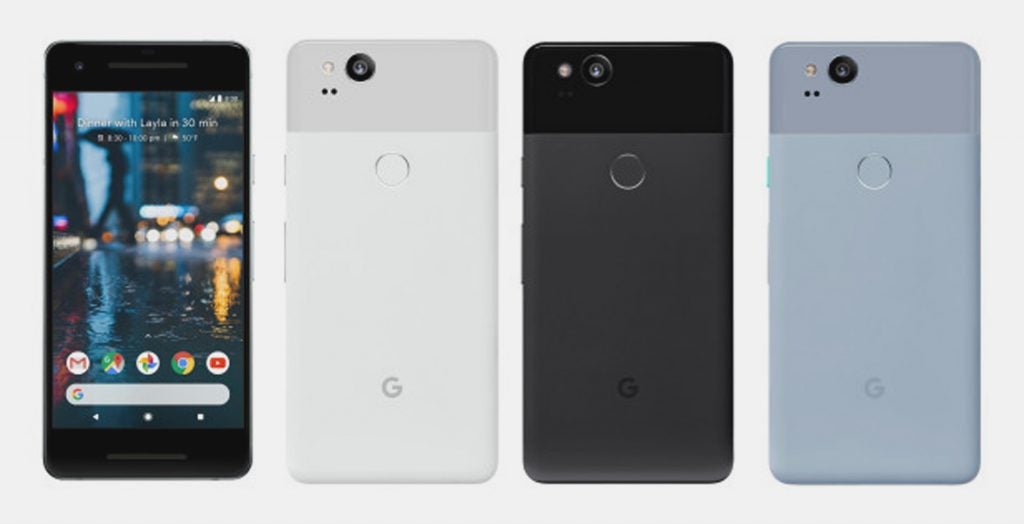 Another big change for the Pixel 2 is that it’s now IP67-rated for water-resistance. That’s great, especially as it’s a feature most other flagships phones now have. But you’ll have to live without the 3.5mm headphone jack, as that’s said its goodbyes. Hello #donglelife. We’d suggest you invest in a good pair of Bluetooth headphones.

Google Pixel 2 vs Pixel specs: Is there much upgraded?

We commended the original Pixel for feeling as fast as phones with better internals, so fingers crossed it’ll be a similar story here.

The Snapdragon 821 which powered the Pixel has been replaced with the newer Snapdragon 835 for the Pixel 2, but the amount of RAM is staying at 4GB.

The base 32GB storage has been, thankfully, doubled to 64GB, but the 128GB top-end model is still the same. There’s also still no microSD card slot, so choose your storage wisely.

The Google Pixel 2 XL might have seen some big upgrades in the display department due to its new 18:9 aspect ratio, but there isn’t much different for the Pixel 2. It’s still rocking a 5-inch OLED panel with a 1080p resolution. Honestly, quad-HD at this size is almost pointless and a huge drain on the smaller battery, but it would have been nice to see Google slim down the bezel and give us a bigger screen. 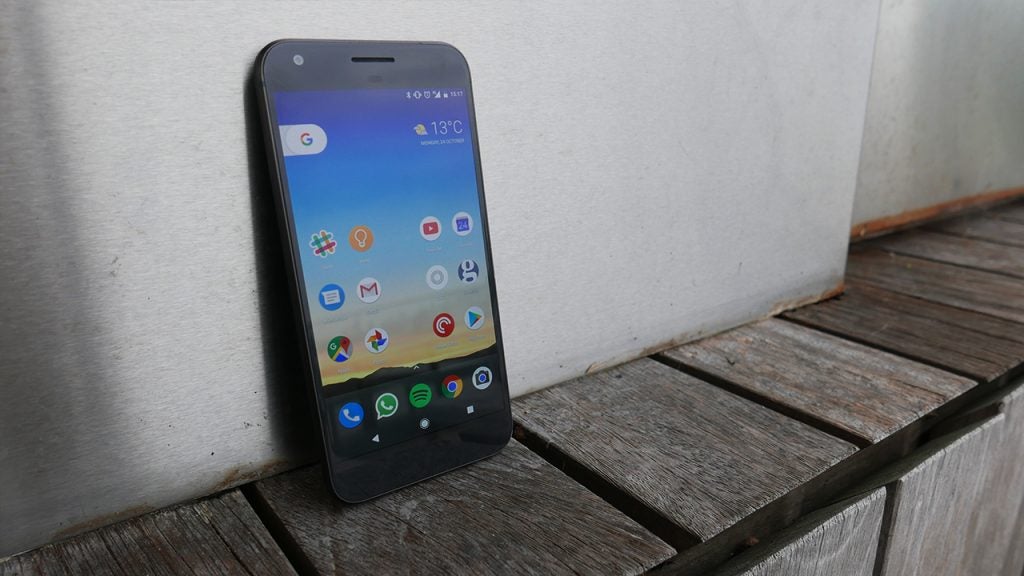 Hopefully the biggest upgrade in the new Pixel 2 will be its camera. It still has a 12-megapixel sensor, like the original Pixel, but Google spent plenty of time talking about the improvements it has made to the camera.  The big addition this year is OIS, plus a wider f/1.8 aperture. There’s a new autofocus mechanism too, plus a portrait mode. Pixel 2 does portrait mode without the secondary camera, by using dual-pixel tech in the sensor and machine learning.

Google has also updated the Pixel launcher, an overlay that sits atop Android 8.0 Oreo. It now features an improved dynamic calendar widget that’ll show you upcoming appointments and works with Google Now. The search bar is back, but it now sits below the icons at the bottom. It’s a visually odd move, but we’re sure we’ll get used to it.

Google Pixel 2 vs Pixel price: Is it more expensive?

In the USA, the Pixel 2 will retail for the same price as the Pixel. That’s $649, but you do get double the storage.

Think you’ll upgrade to a Pixel 2? Let us know on Twitter @trustedreviews