Google has announced it is setting up a new unit for its self-driving car technology, under its parent company Alphabet.

The new separate entity will be called Waymo, and represents the company’s push to commercialise driverless vehicle technology.

Google has been developing autonomous tech since 2009, racking up more than 300,000 self-driven miles since, and says it will try to apply the technology to other areas as part of the Waymo project.

As reported by The BBC, Waymo CEO John Krafcik told an audience at a press event in San Francisco on Monday: “We believe that this technology can begin to reshape some of the ten trillion miles that motor vehicles travel around the world every year, with safer, more efficient and more accessible forms of transport.”

Former Hyundai North America executive Krafcik revealed the Waymo team carried out the first fully autonomous test on public roads in Austin, Texas last year, with blind man Steve Mahan making a full trip in one of the firm’s prototype vehicles without the supervision of a driver or a police escort.

“Steve is legally blind, so our sensors and software were his chauffeur,” said Krafcik, who explained how the car had no pedals or steering wheel and negotiated four-way stops and pedestrians on its trip. 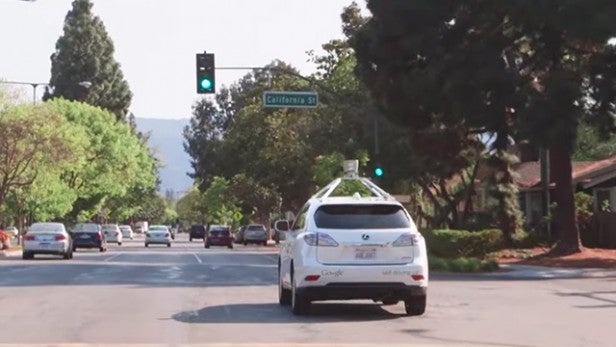 Krafcik added: “We can see our technology being useful in personal vehicles, ride-sharing, logistics, or solving ‘last mile’ problems for public transport.”

The Waymo announcement follows reports that Google could be considering scrapping its attempts to build its own driverless car in favour of working with other companies to develop autonomous vehicles as part of these partnerships.

Related: Who’s to blame when robot cars get it wrong?

The firm has yet to address the reports, so it remains unclear whether Waymo will be working on a Google-made car or providing its technology to outside companies.

For now, Krafcik has confirmed Waymo is in the “build phase” of supplying Chrysler Pacificas with next generation sensors ahead of road tests, following an announcement earlier this year that Google would be working with Fiat Chrysler on a 100-car pilot project.

Bloomberg has also reported Waymo will be working with Chrysler to develop a ride-sharing service, which would use semi-autonomous Pacifica vans and could go live by the end of 2017.

On Waymo’s official site, the company states: “We continue to test and learn on real city streets across four locations in the US. We plan to bring fully self-driving cars to the world soon.

“Our fully self-driving technology will handle all the driving so you can go from door to door without taking the wheel. This will deliver the biggest impact on improving road safety and mobility for everyone.”

Let us know what you think of the announcement in the comments.