Owners of compatible devices, which also include some third-party Google Assistant speakers, can say “Hey Google, be my French [or insert language of choice] interpreter” to receive real-time spoken and/or written translations.

Users will also be able to use “OK Google” commands like “be my Italian interpreter,” “help me speak Spanish,” or “interpret from Polish to Dutch.”

During the unveiling, Google said the tech will help tourists check into foreign hotels and understand local bus schedules, as well as simplify communication between two people who simply don’t speak each other’s language.

In a support document, Google says 26 languages are available, but for now you’ll need to use English, French, German, Italian, Japanese, or Spanish to start using the mode. From there you’ll be able to begin translating from those into the wider range of languages.

Naturally, the feature is enhanced on Smart Displays due to the ability to read as well as hear the translation. Google seems to think that in particular will be at home in hotels around the world. 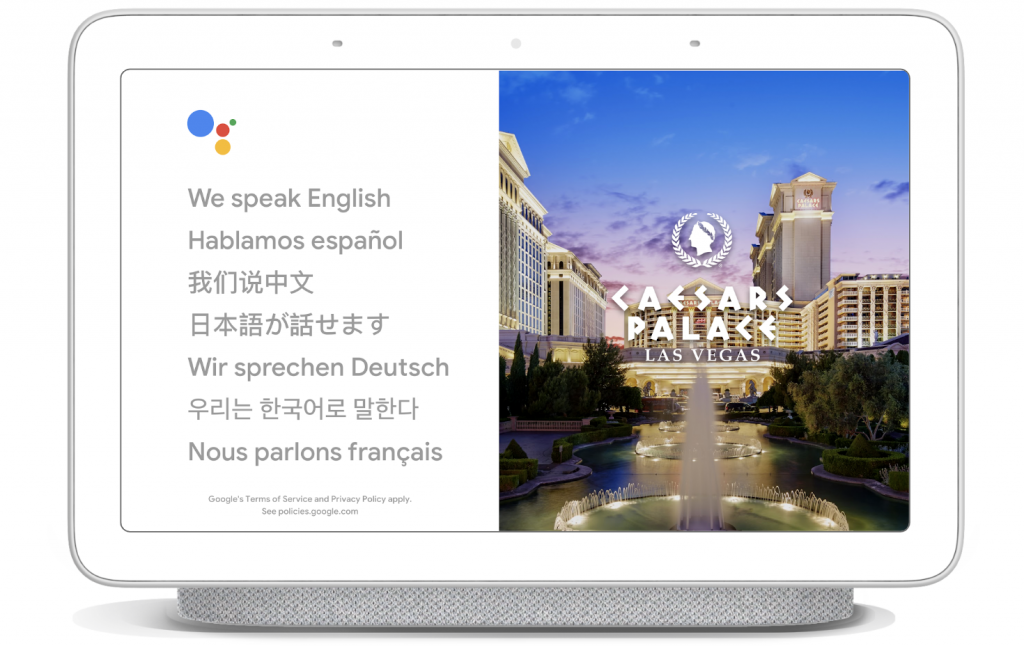 As demonstrations at CES 2019 showed, the translations aren’t exactly real-time. Users must speak the sentence and wait for it to be processed by the Google Home speaker or smart display before the translation is offered.

As Android Police points out in its report, the conversational feature has long been available within the dedicated Translator app, but will still prove highly useful in the scenarios mentioned above.

If the update isn’t yet working on your Assistant-based device at this point, you can force restart in an attempt to prompt the update.

Have you spied the Interpreter Mode feature on your Google Assistant device? Is it working as advertised? Or does it leave a lot to be desired? Let us know @TrustedReviews on Twitter.