The Geneva Motor Show 2018 lived up to its reputation as a mind blowing future showcase of auto concepts and road ready vehicles. As well as helping us pick our next ride, it offered a tantalising glimpse at the cars of the future. Here’s the car of the year and our picks from the show floor.

The Geneva Motor Show is the first and arguably the biggest of the European car shows. A look at the manufacturers showing off their latest wheels reads like a ‘who’s who’ of the automotive world, with Aston Martin, Bentley, BMW, Ferrari, Hyundai, Jaguar, Land Rover,Lexus, Mercedes, Porsche, Volvo, VW all taking to Switzerland this week.

The star of show so far has been, officially at least, the Volvo XC40 SUV (pictured above), which won the prestigious “Car of the Year” award in Geneva, as selected by a panel of 60 auto journalists from across over 20 European countries.

The compact SUV is the successor to the Volvo XC90 and XC60, and is intended to rival the likes of the Audi Q3 and Range Rover Evoque. It’s a pretty enough looking specimen, especially on the inside, with the only noticeable downside (to this admittedly untrained eye) being that at present only petrol and diesel models are available. A hybrid XC40 is set to become available by the end of the year, though, with an electric version coming in 2019 or 2020.

Check it out and see what you think, noting that the following photos are manufacturer concept/promotional images from various stages of the car’s evolution – it was officially announced last year. 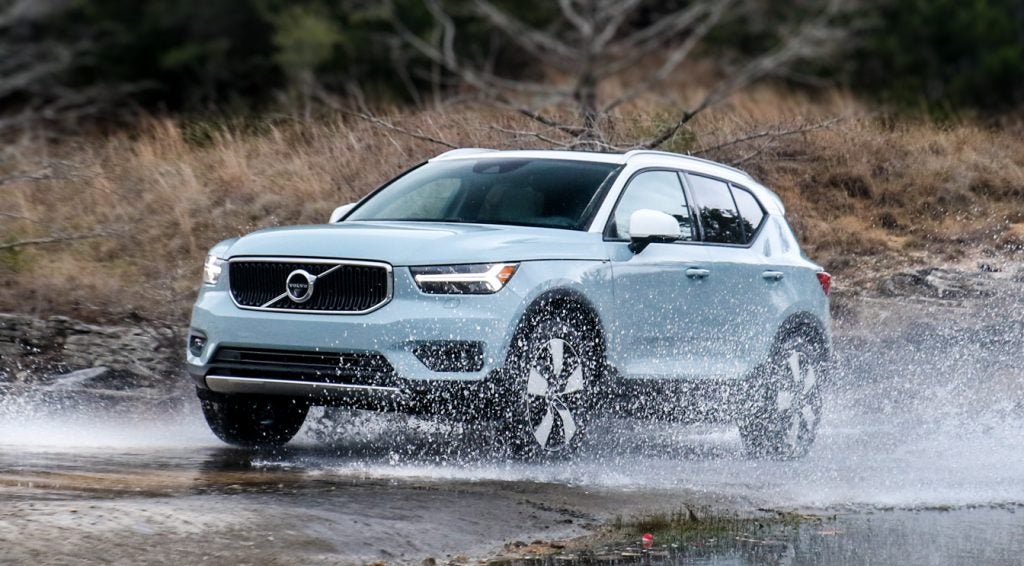 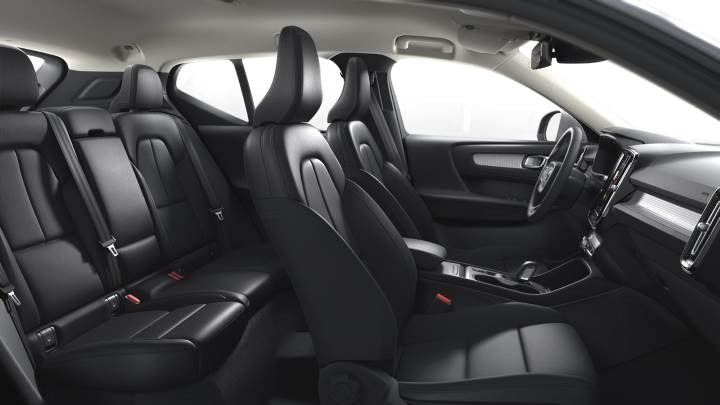 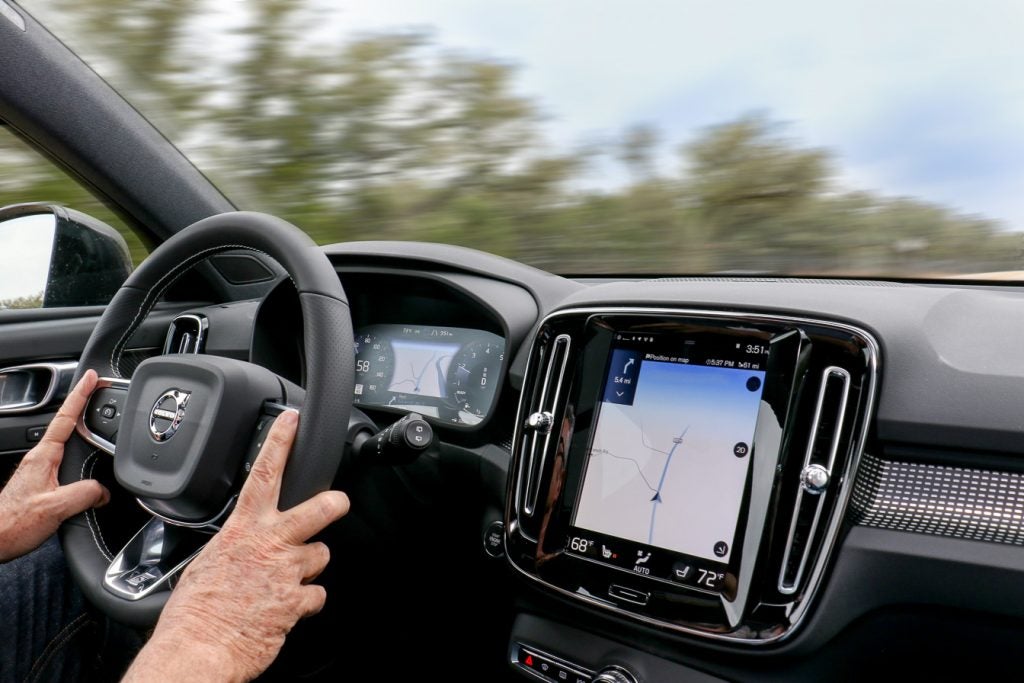 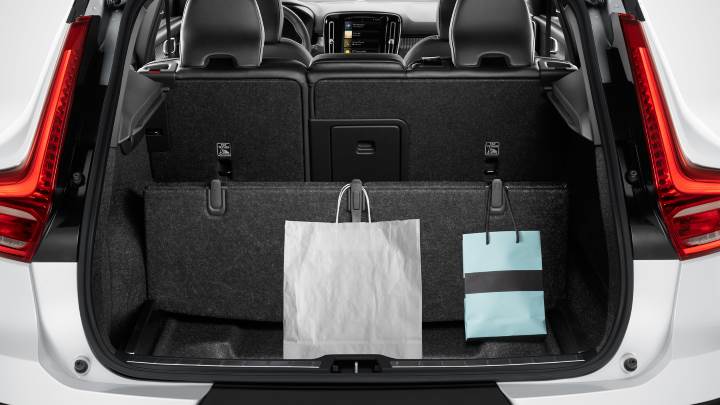 Porsche surprised many in Geneva with the reveal of its Mission E Cross Turismo concept. Seen as a direct rival to the Tesla Model X, the stylish electric-powered crossover promises two motors totaling 600 horsepower. It can go from 0-100kmph in 3.5 seconds. Porsche is investigating whether to put the SUV into production. 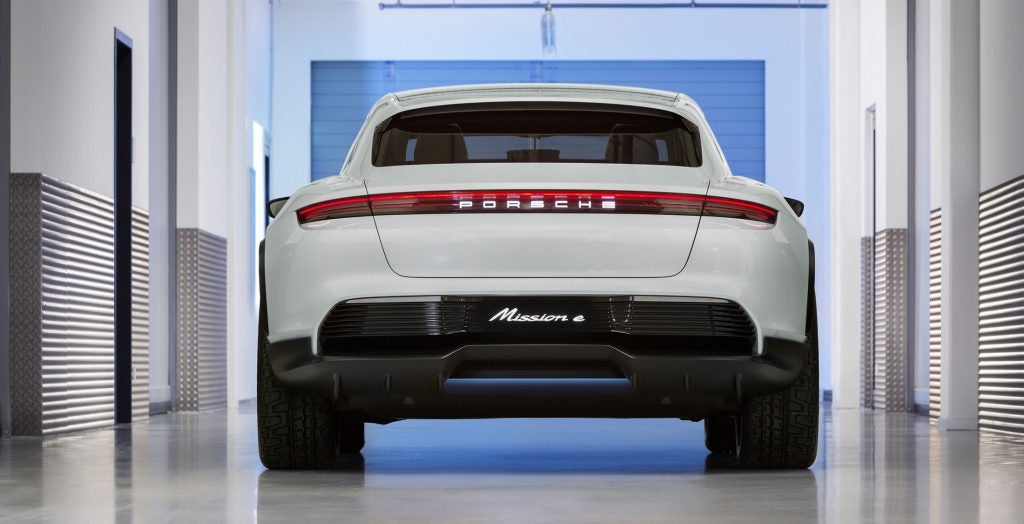 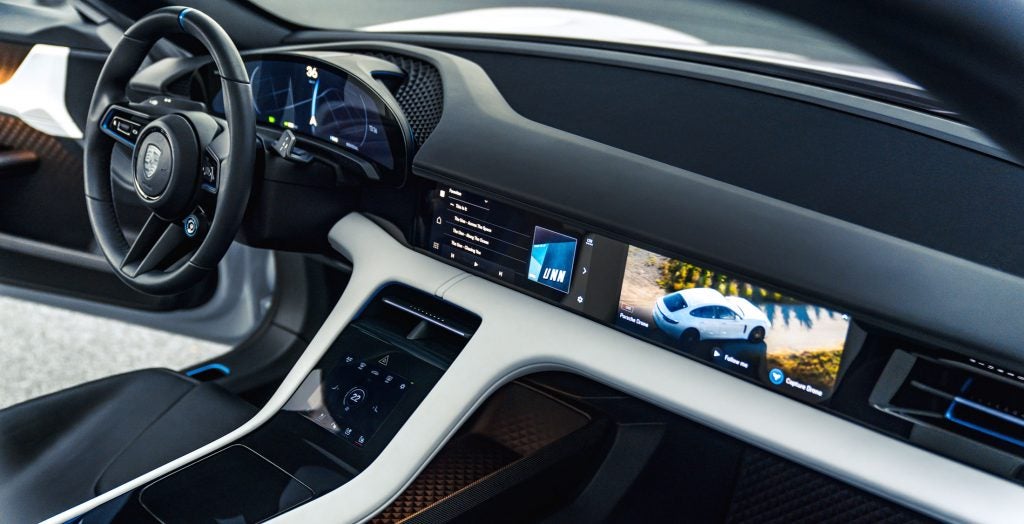 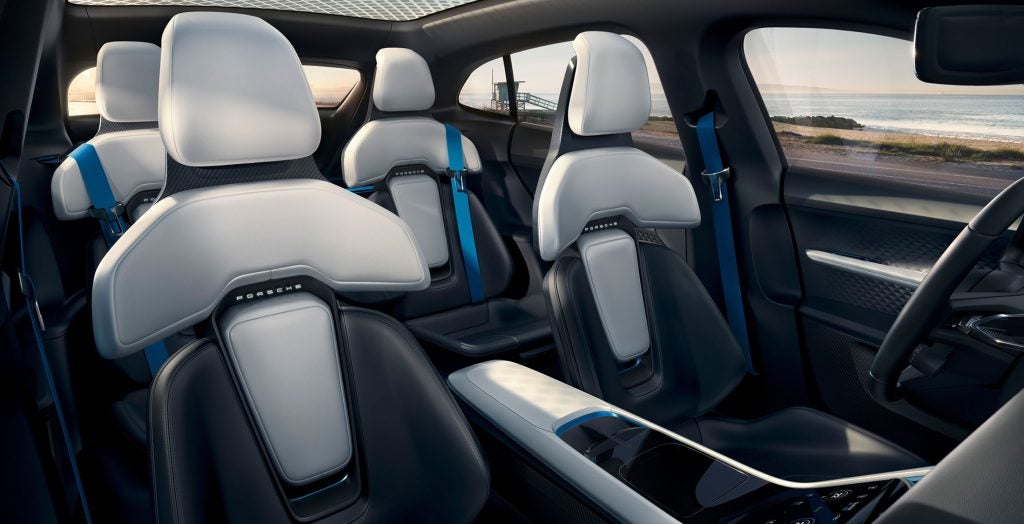 Part taxi cab, part public transport, Renault’s concept autonomous ride-sharing vehicle can only travel 30 miles per hour. However, that’ll allow you to enjoy the cityscape through those panoramic windows. It has level 4 autonomous driving capabilities, meaning it can switch lanes and turn at intersections. The U-shaped seating means everyone will face each other, kind of like a limosene. Renault wants people to be able to flag it down or book it from a mobile app and it’ll be cheaper than an Uber.

Arguably the most eye-catchingly stunning concept vehicle on show in Geneva is Aston Martin’s roomy, spacious and downright sumptuous Lagonda Vision. With yards of legroom and a roof opening if you prefer to stand. 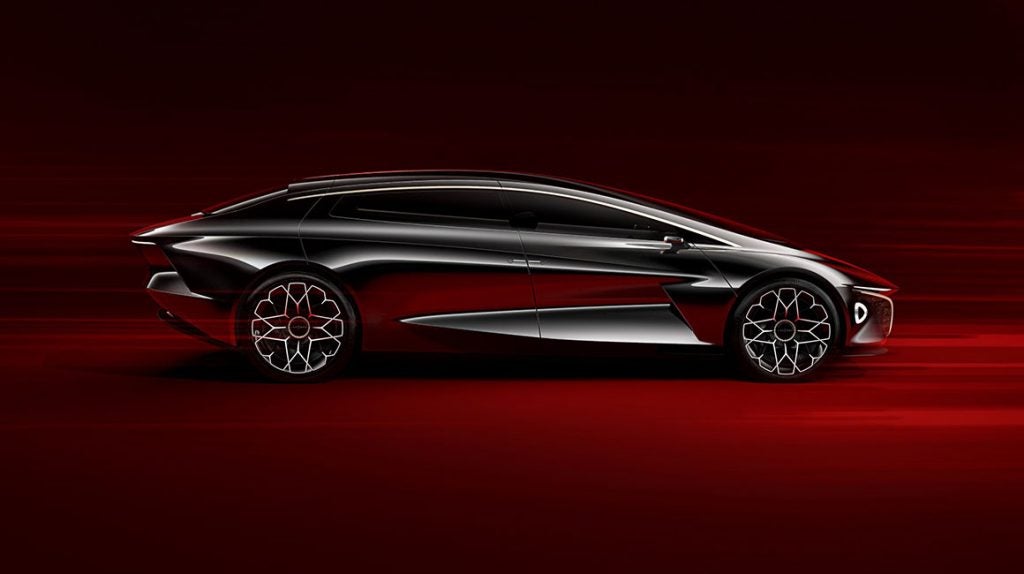 It has a steering wheel, but has level 4 autonomous driving capabilities if that’s how you choose to get around. Aston Martin is promising room for a next-gen 400-mile battery range. 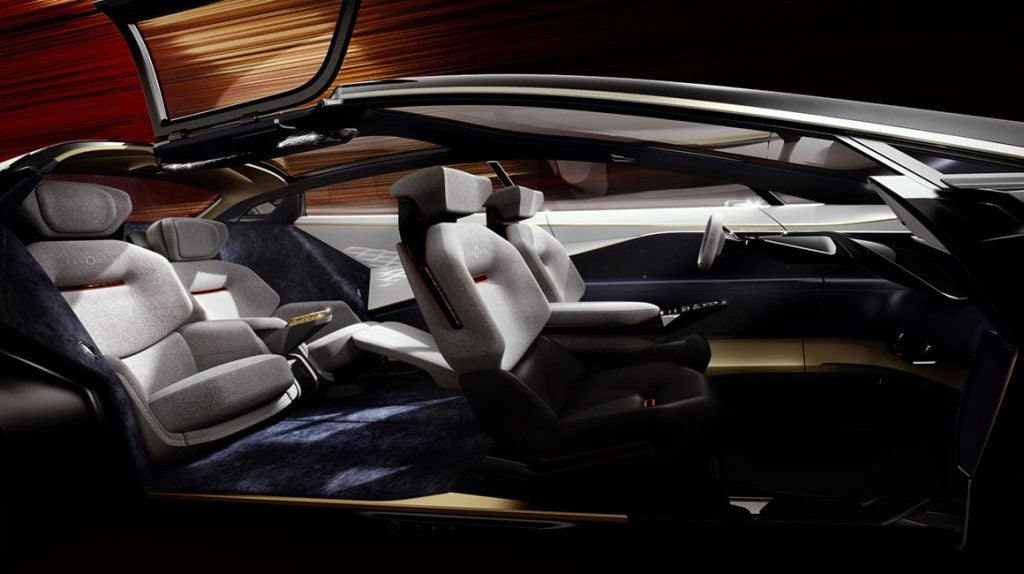 If there are two words in motorsport more closely associated than “McLaren” and “Senna” we’re yet to hear them. The newest million-dollar supercar to bear the Brazilian icon’s name is the McLaren Senna GTR. The track-only affair will produce Formula 1-like lap times thanks to the 2,000lbs of downforce and the 4.0-liter, twin-turbocharged V8 engine, which offers 813 horsepower. McLaren is making only 75 of these cars with production starting next year. 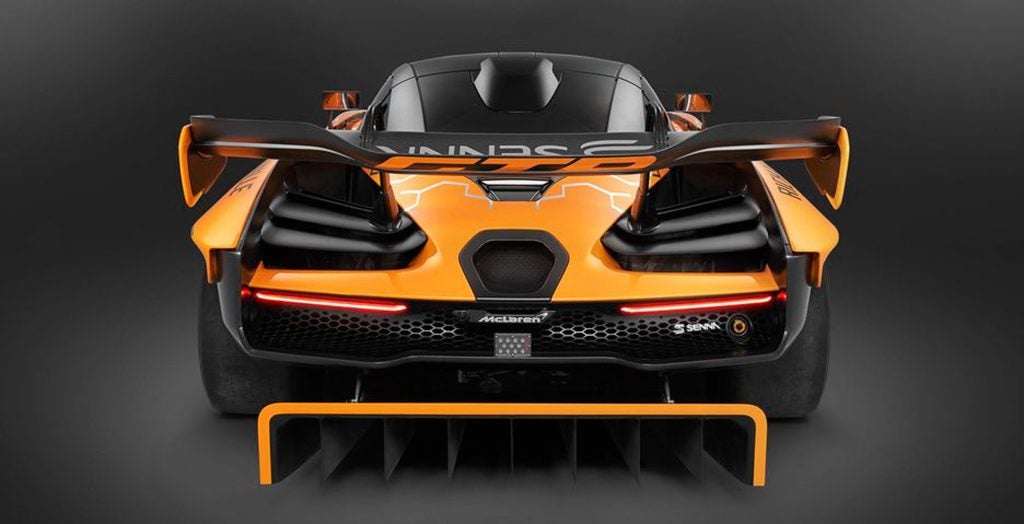 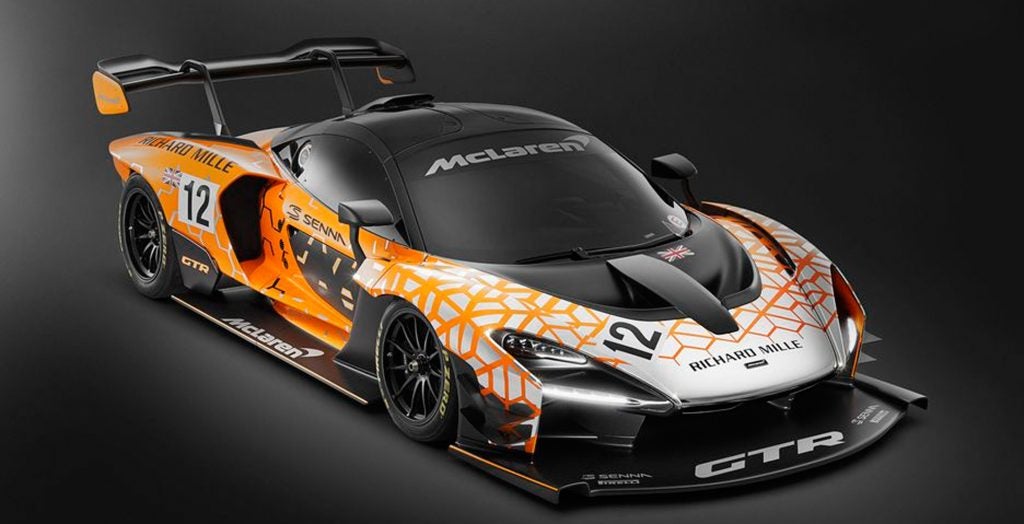 Challenging everything you think you knew about VWs, the all-electric, fully autonomous I.D. Vizzion promises 413 miles on a single charge thanks to the 111kWh battery. It has a top speed of 112mph and kicks out 313 horsepower. It follows the I.D. Crozz crossover and I.D. Buzz microbus EV concepts, but is VW’s first fully self-driving vehicle without a steering wheel. There’s also a digital concierge, face recognition technology and a heads-up display showcasing all of your favourite media. It’ll be here by 2022. 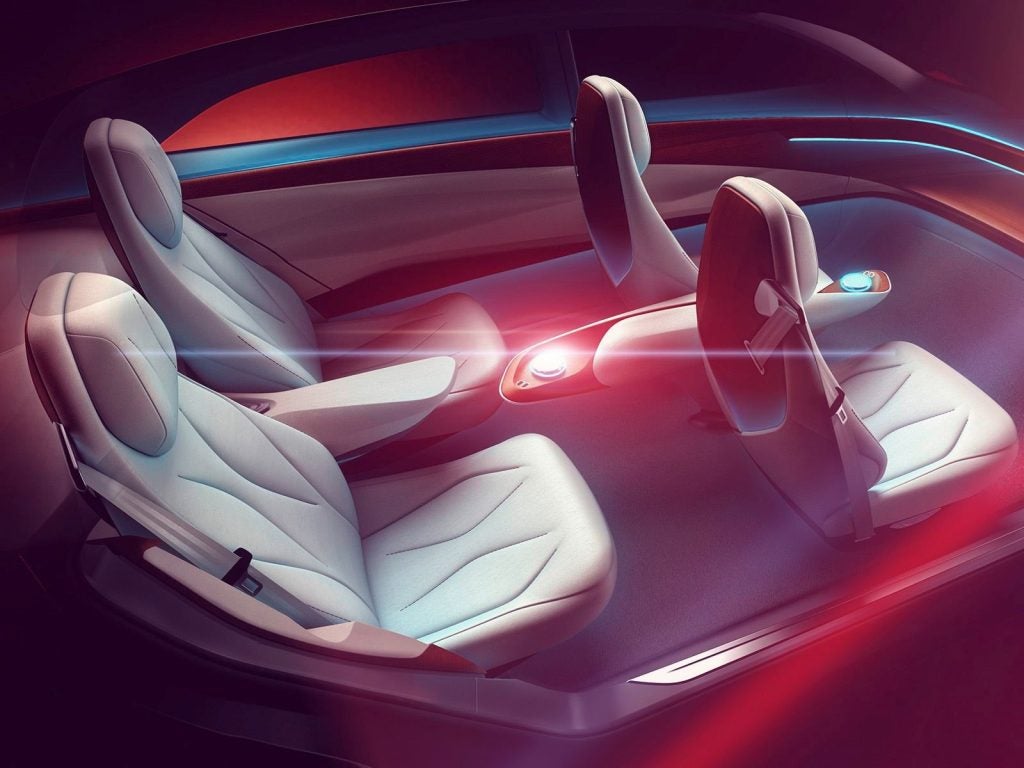 If you wonder what the M stands for, it’s “more,” according to BMW, “more of everything.” The stunning elongated design offers four-doors and “a new facet of luxury: extremely sporty, extravagant, and polarizing,” according to the German auto giant. It’ll arrive (presumably with some door handles) in 2019. 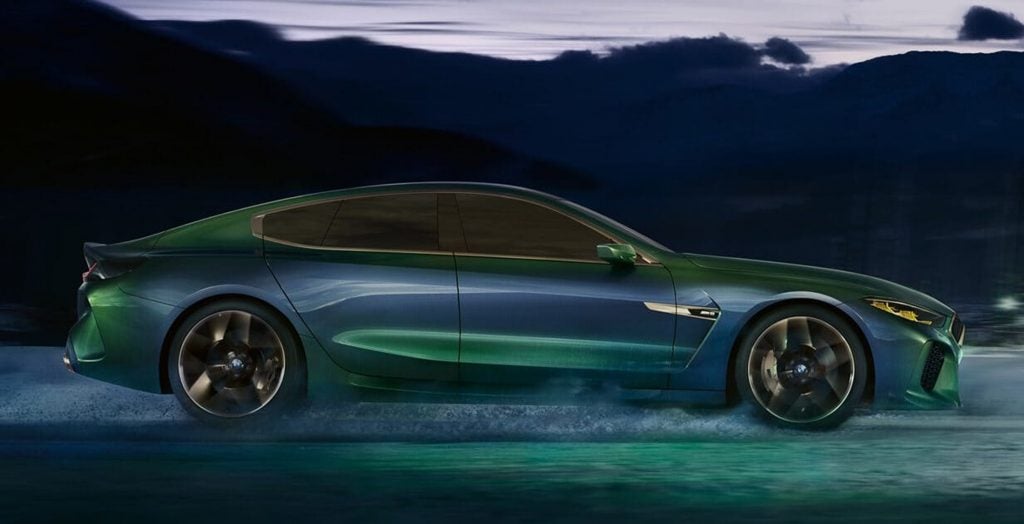 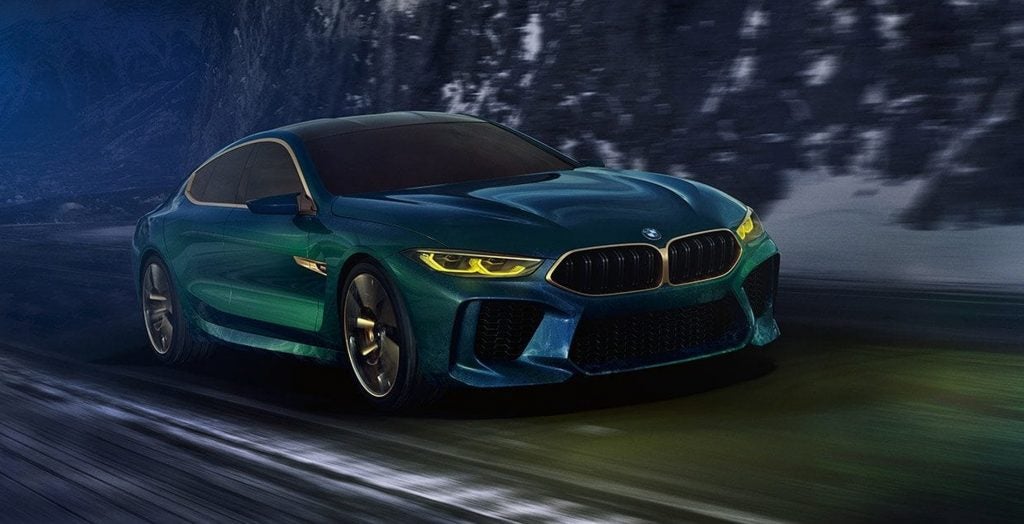 Jaguar has been drip-feeding us the I-Pace for a while now, so it was great to see it up close and personal in Geneva. Like the Porsche Mission E, this is another Tesla Model X rival. It has a 90kWh Lithium-ion battery with a range up to 298 miles. It’s also compatible with 100kW DC Rapid Chargers, which will take you from 0-80% charge in 40 minutes. The Alexa-enabled SUV also gets you from 0-60mph in just 4.5 seconds. 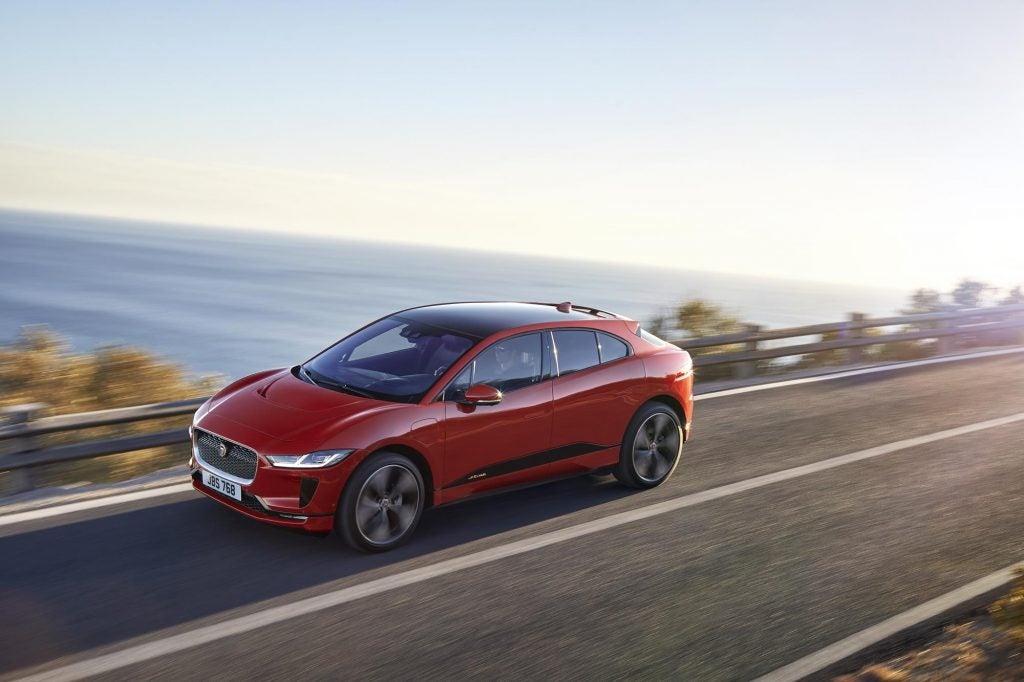 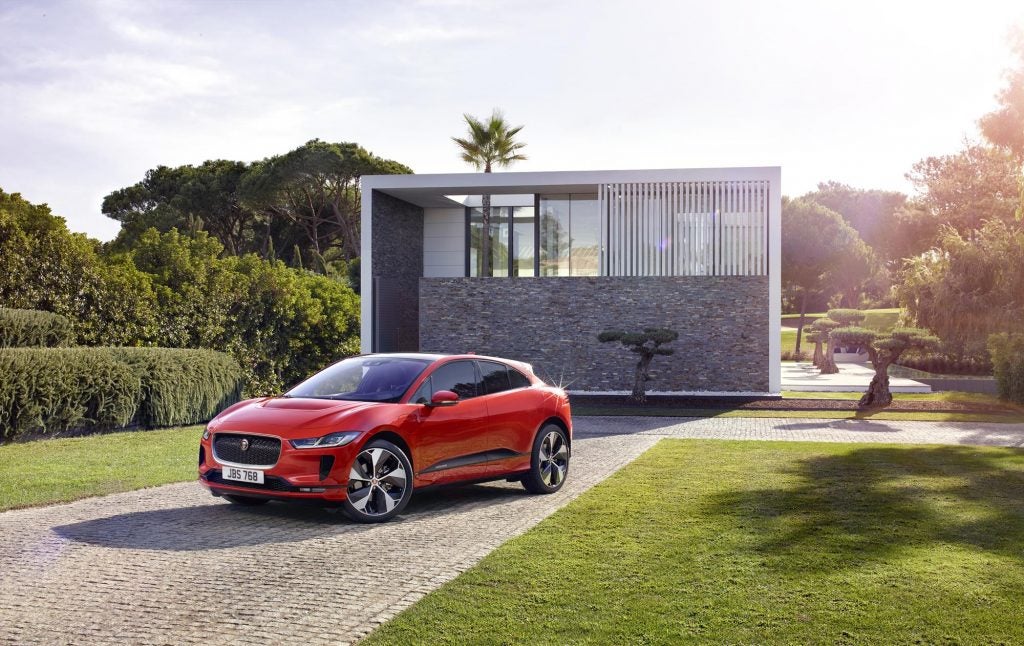 Nissan is touting a new brain-to-vehicle technology, which reads your brain waves in order to communicate with the self-driving/driver assist systems. It can assist with slowing down and steering in a way the driver won’t notice. Even when the car is in fully autonomous mode, it can recognise fatigue and alter the driving style to ensure a more comfortable ride. It does involve you wearing a Doc Brown-style headset though. The angular electric crossover is pretty nifty too. It promises 415 horsepower 516 lb-ft of torque and a 373 mile range. 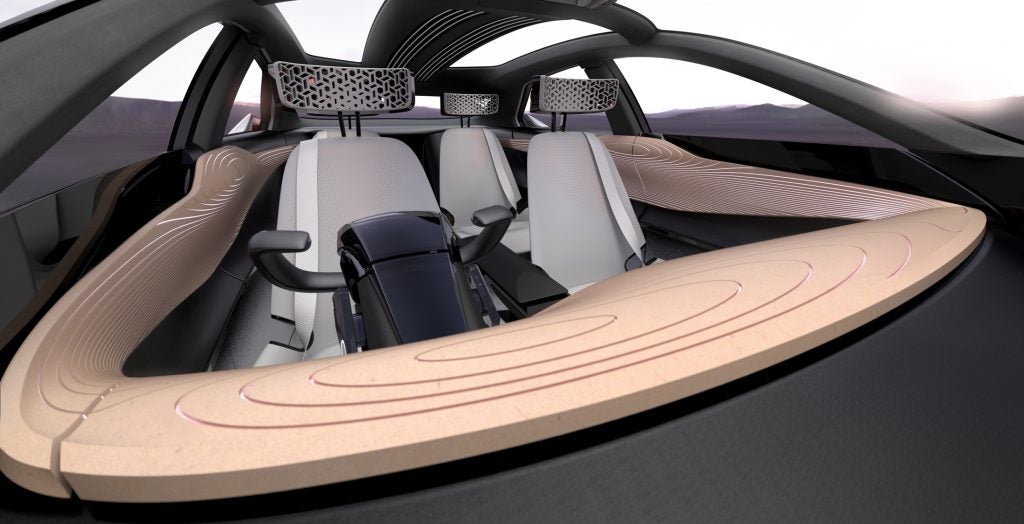 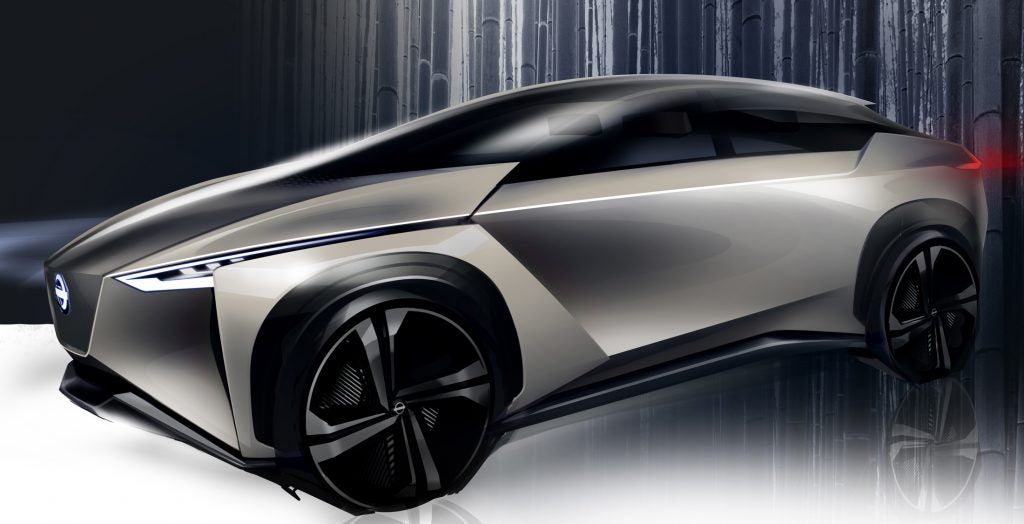 “It looks purposeful and indestructible – which we think is an interesting position for this concept and the application of technologies that is showcased by the vehicle,” the company says.

You can always rely on The Prancing Horse to deliver the goods in Geneva and this year’s show was no different. Unveiled back in February, the track-ready 488 Pista promises 711 horsepower and 568 pound-feet of torque from the biturbo 3.9-liter V8 engine, which is the most powerful in Ferrari history. 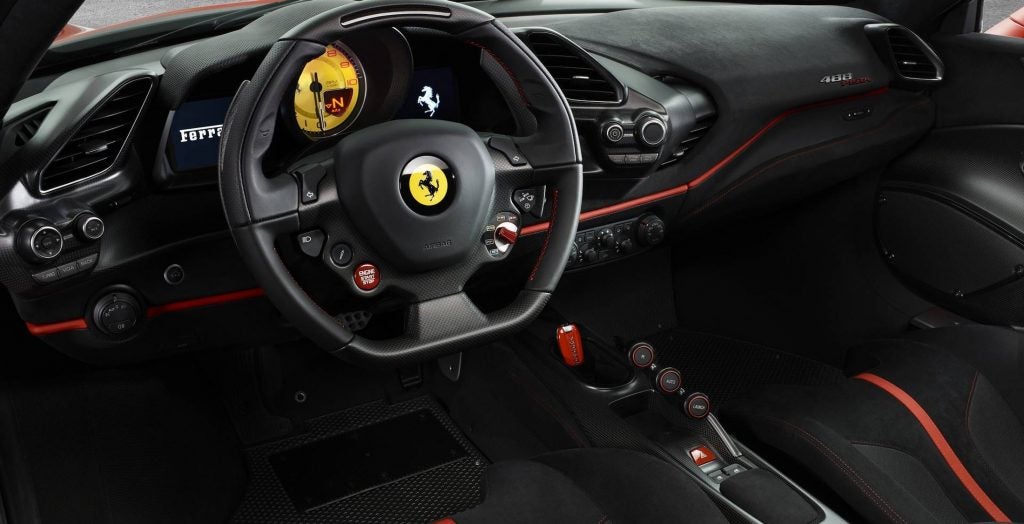 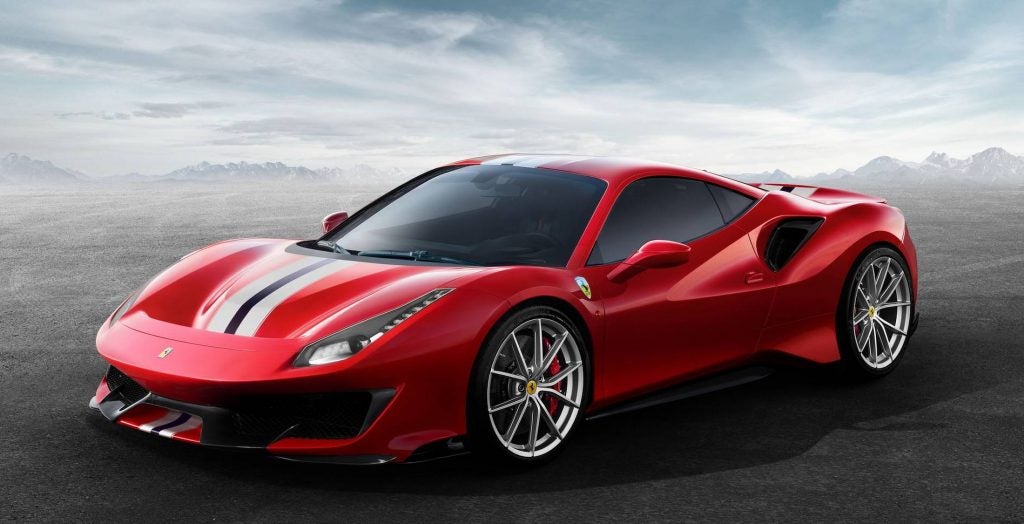 The seven-speed dual-clutch gearbox allows you to shift up and down in just 30 milliseconds. Ferrari hopes this will convince Porsche 911 GT2 RS fanciers their cash is better spent elsewhere.

Volvo’s future-minded offshoot Polestar made waves in Geneva with the 1 GT electric hybrid car. The stunning sedan offers a total of 600 horsepower from the drivetrain and 150km of range from the EV portion. The firm brought the gorgeous matte grey finish to the show to announce it’s about to take pre-orders from the 6,000 interested parties. The firm is only making 500 a year so you’re best of slapping down the $3,000 deposit at the earliest opportunity. 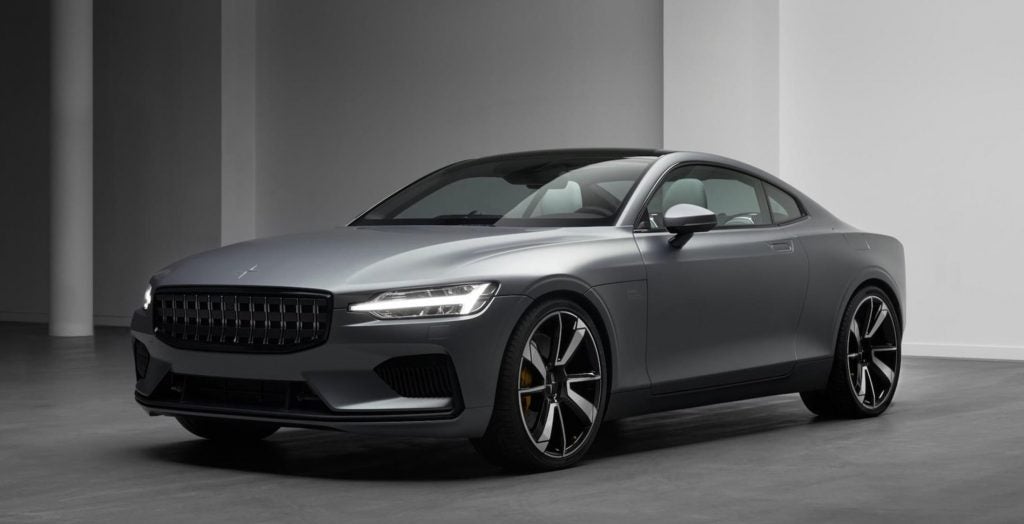 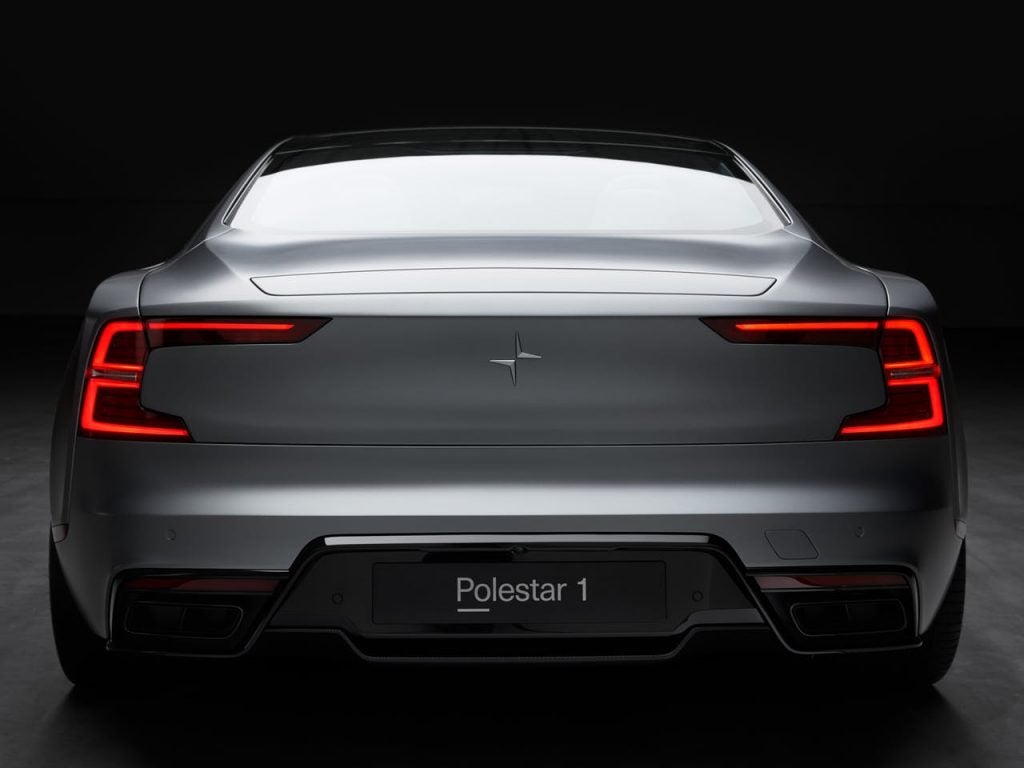 What other Geneva Motor Show cars should we be checking out? Let us know @TrustedReviews.