Xbox Game Pass is the greatest deal in gaming right now, offering hundreds of games and cool benefits for a small price every month. It’s only getting better with the coming integration of EA Play, bringing two services under one umbrella later this year.

Microsoft has made it clear that Xbox Game Pass will be a defining trait of the coming console generation, playing a major role with both the Xbox Series X and Xbox Series S. It’s also easily accessible on PC, phones and tablets with the eventual debut of Project xCloud. So long as you’ve got a solid internet connection, you can get your game on anywhere.

With its growing relevance in the gaming space, we’ve compiled everything you need to know including all the latest games, prices, platforms and more.

Microsoft has confirmed that EA Play will join the Xbox Game Pass family on November 10 alongside the launch of Xbox Series X and Xbox Series S. It will bring the subscription service into the fold for members of Game Pass at no additional cost, adding even further value to an already excellent offering.

From November 10, Xbox Game Pass Ultimate members across Xbox and Windows 10 will be able to download a selection of titles from Electronic Arts such as Titanfall 2, FIFA 19 and countless other classics from the current and past generations. It’s an awesome idea, and will helps Microsoft cement its vision for a service-driven ecosystem moving forward.

As for Bethesda titles, Microsoft has said it will slowly but surely be introducing them to Xbox Game Pass, starting with Doom Eternal on October 1. Future titles from the family of studios will also be coming to Game Pass on the day of release, including the likes of Starfield and Elder Scrolls 6. The future looks very bright for Xbox, especially for those who play across console, PC and mobile. 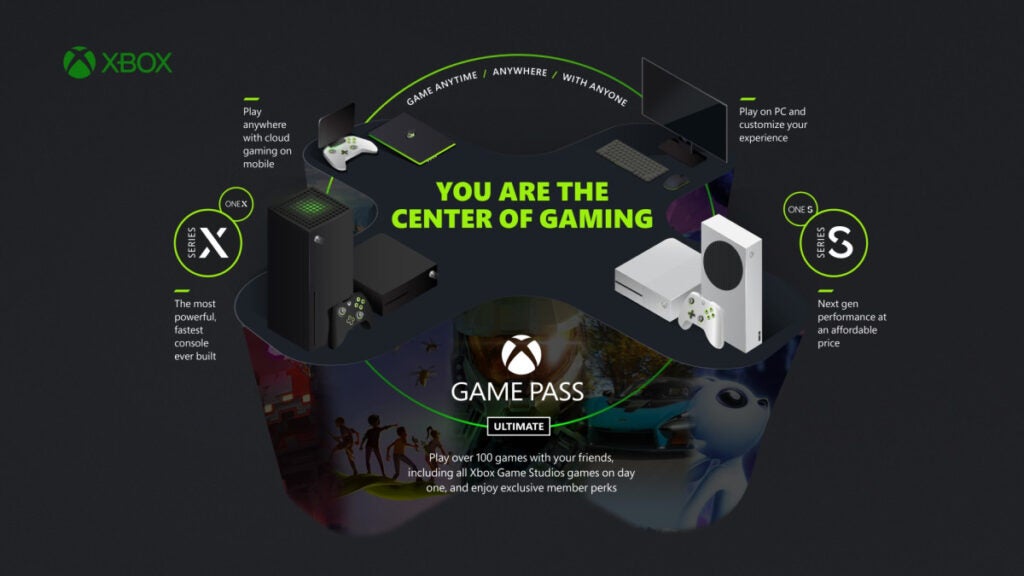 Xbox Game Pass – What is it?

Having debuted a number of years ago, the Game Pass is a subscription service which provides you with a selection of games for a monthly price.

Ranging from third-party blockbusters from first-party exclusives to indie darlings, the selection of experiences on offer is constantly changing and evolving.

As a subscriber you will receive all of Microsoft’s major exclusives, such as Halo Infinite and Hellblade 2, on release day at no extra cost. It’s somewhat absurd how much of a bargain it is in actuality.

When signing up for Xbox Game Pass you can select from the traditional membership tier or instead opt for Xbox Game Pass Ultimate. This version of the service includes Xbox Live Gold, Game Pass, Project xCloud and EA Play all for a single price.

If you aren’t already paying an Xbox Live subscription, this is the option to choose, or you can opt to upgrade and roll your leftover time into a new membership. Microsoft has been pushing the latter option excessively ahead of the next-gen consoles launching, and it’s easy to see why. 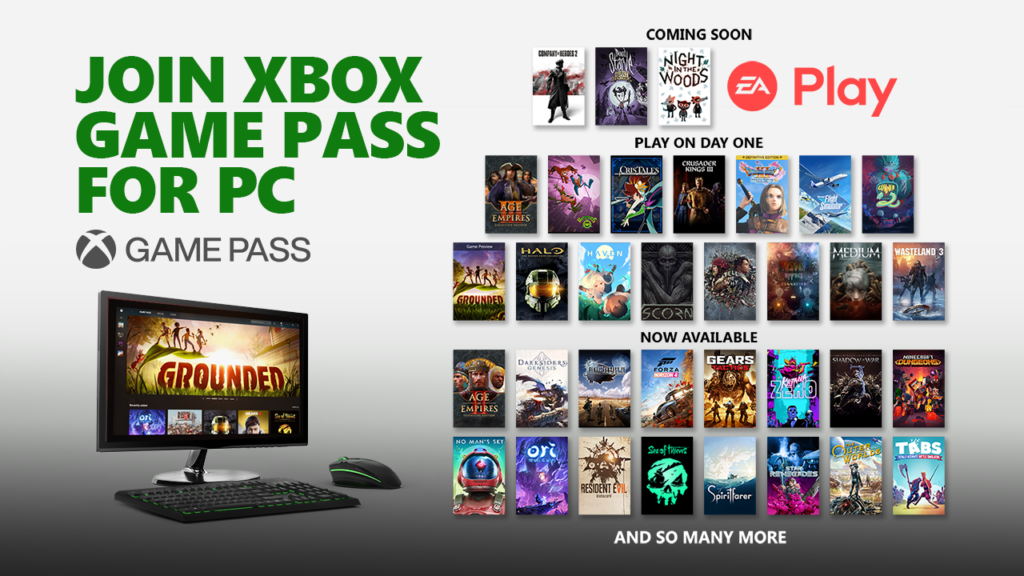 Xbox Game Pass Price – How much does it cost?

Xbox Game Pass platforms – What can I play it on?

At the time of writing, you can find Xbox Game Pass across Xbox One, Windows 10 and select Android devices. Sadly Apple is against Project xCloud on its devices, and it remains unclear when this position will change. Obviously, it will be on Xbox Series X and Xbox Series S from launch too.