2020 has been a fantastic years for games, acting as a swansong for the current generation of consoles ahead of PS5 and Xbox Series X, while also proving that our current hardware is no slouch when it comes to producing stunning, ground breaking and beautifully engrossing games.

Picking our winners this year wasn’t easy, but with the help of your votes and plenty of editorial debate, we’ve made our decisions. Read on four all of our gaming winners for the Trusted Reviews Awards 2020.

Make sure check back tomorrow at 3pm when we’ll announce the winners of this year’s computing category. You’ll be able to follow the coverage live on our Facebook and YouTube channels each day at 3pm where we’ll reveal the winners via a livestream. 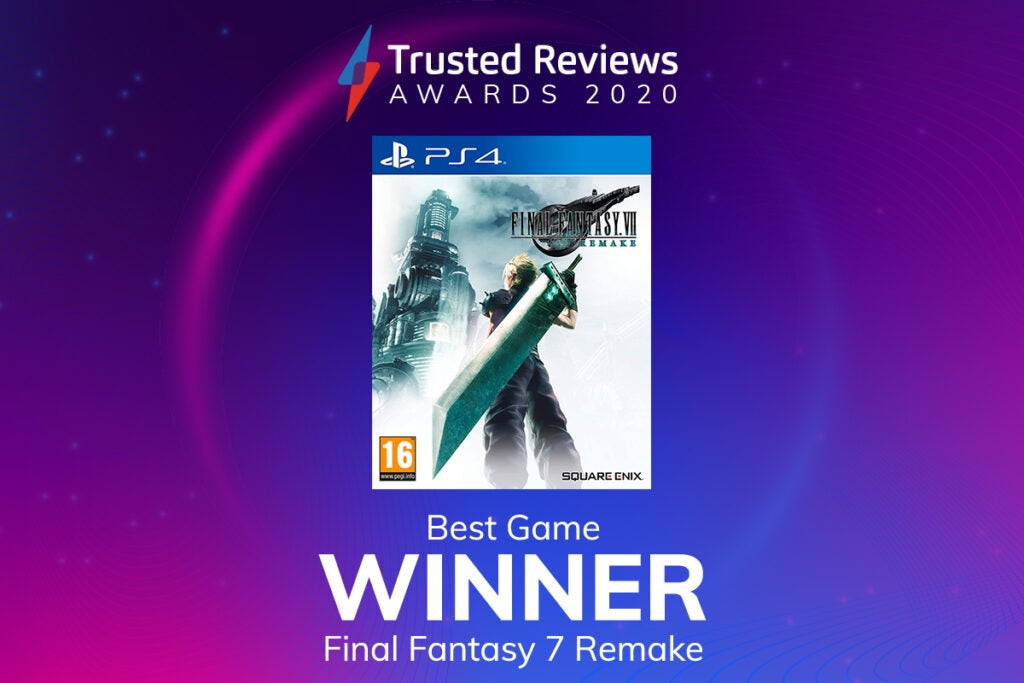 This was a difficult choice, with the past 12 months delivering a frankly stunning number of fantastic games to choose from across all platforms. But when I thought about what virtual adventure had the biggest impact on me, the honour couldn’t possibly go to anything else except Final Fantasy 7 Remake.

Square Enix has produced a visually stunning, mechanically ambitious and downright absurd new vision for its 1997 classic, taking the original story and expanding it greatly while not being afraid to change a narrative that has become ingrained in the minds of millions. It was bold, unexpected and teases a wonderfully exciting future for whatever the second chapter of this remake has in store. 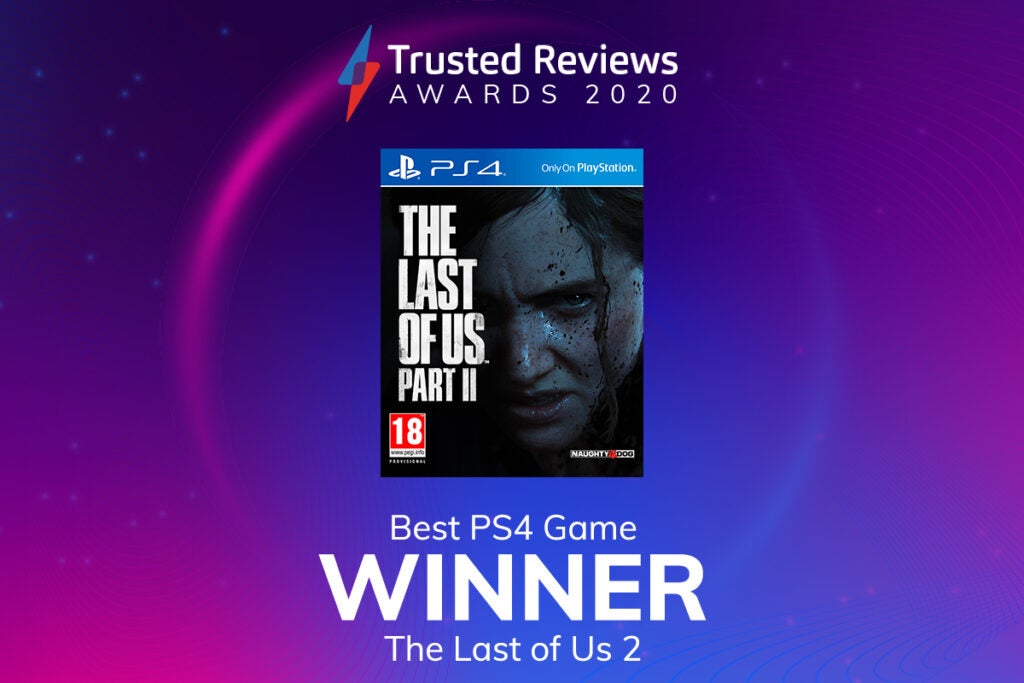 Narrowly missing out on Game of the Year, Naughty Dog’s The Last of Us Part 2 still has the esteemed honour of being named our Best PS4 Game. This sequel was a masterful continuation of Ellie and Joel’s adventure that wasn’t afraid to acknowledge the consequences the original game’s events would have on their lives.

Our heroes were forced to face a reality that is far from ready to let them live happily ever after, resulting in some truly harrowing moments that had us wanting to look away from the screen. Being able to explore the past, present and future of these characters alongside stunning newcomers like Abby and Lev resulted in Naughty Dog’s strongest narrative yet, which is no small feat considering the studio’s pedigree. 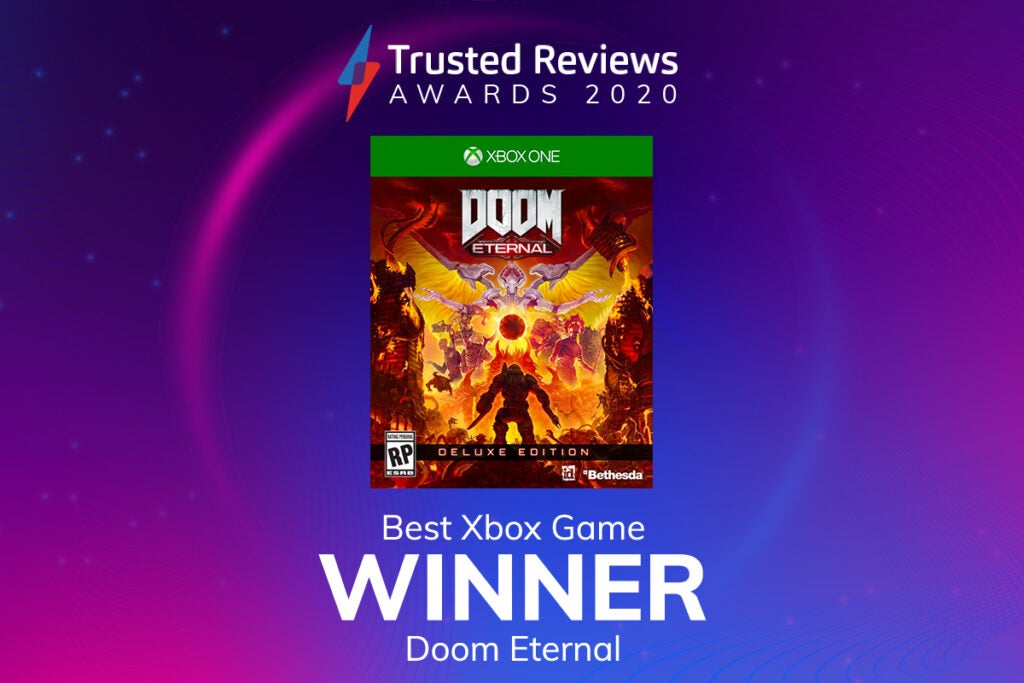 2020 was a quiet year for Xbox One exclusives, with Microsoft busy gearing up for the next-generation as it acquired a number of major studios such as Obsidian Entertainment, Playground Games and even Bethesda. While the slate is clean now, it’s only a matter of time until the Xbox library is packed with excellent games.

This is why we’ve decided to highlight Doom Eternal, a brutally bombastic shooter sequel which builds upon the 2016 reboot in every conceivable way to make things bigger, better and bloodier. It’s awesome, and is only set to improve further with the arrival of future expansions which will expand on the absurd story and satisfying gunplay. As far as console shooters go, this is one of the year’s best. 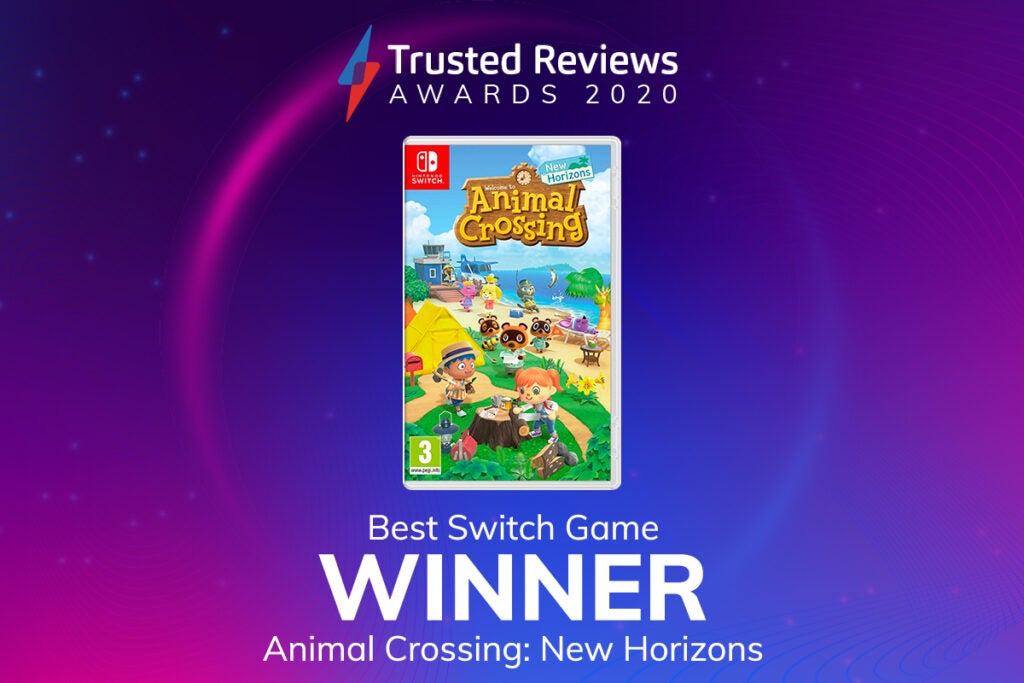 Animal Crossing: New Horizons was the perfect game to drop at the dawn of a global pandemic. It was perfect virtual escapism, presenting an idealistic and adorable world to lose ourselves in when the one in reality wasn’t one we wanted to give any attention to. While this manner of playing the life simulator burnt out some players, we can’t deny its rampant brilliance.

The core experience is entrancing, a mixture of addictive day-to-day activities and satisfying long-term progression in the form of seasonal updates which have only allowed New Horizons to blossom further in the months since its release. Whether you’re playing alone trying to perfect your village aesthetic or hanging out with friends to share recipes, everything about New Horizons is simply delightful. 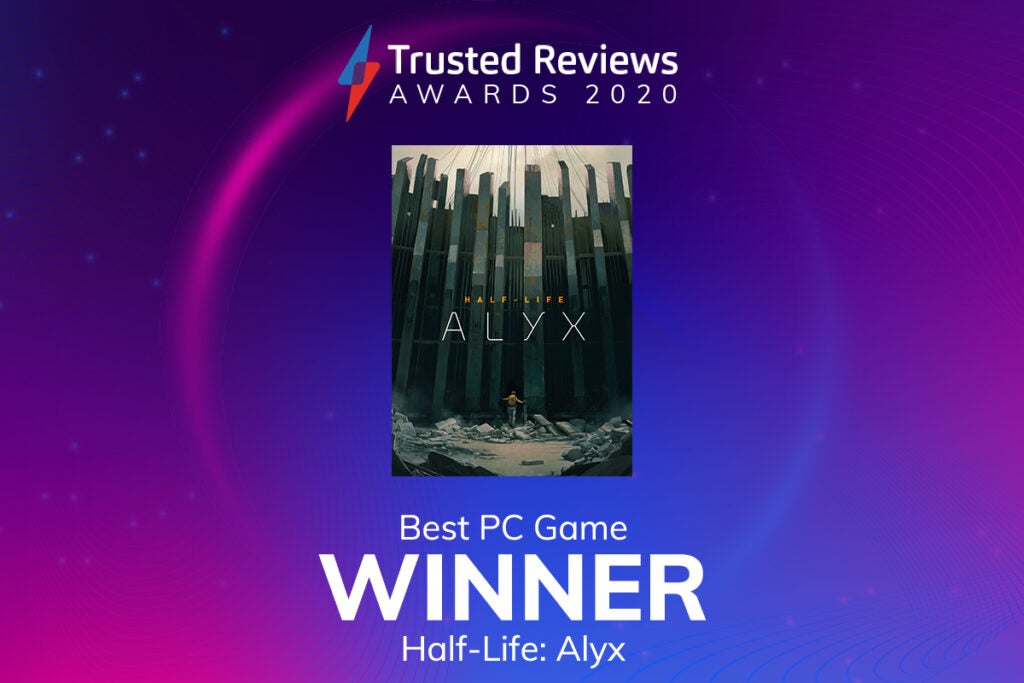 We can no longer joke about Valve and their inability to develop a new entry in the Half-Life franchise, since Alyx delivers upon that lofty promise and more than surpasses all of the expectations that came with it. Acting as a prequel to the original Half-Life, Alyx is an adventure built from the ground-up for virtual reality, and sets a new benchmark for medium in so many amazing ways.

It’s utterly fantastic, immersing you in the dystopian world of City 17 like only virtual reality can. Nearly every object in the world can be picked up and fiddled up, meaning the gameplay possibilities are endless as you conjure up creative ways to dispatch enemies and solve puzzles while trying to save your future partner in crime – Gordon Freeman. The ending alone cements Half-Life: Alyx as our best PC game of 2020. 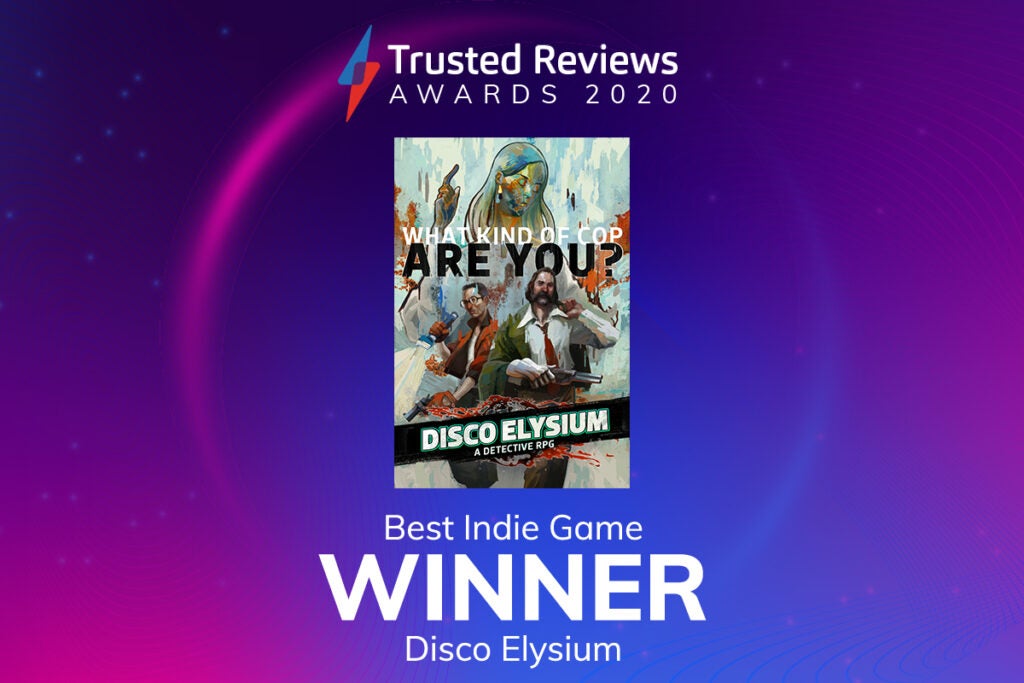 Disco Elysium has stolen the hearts of thousands with its sharp writing, provocative themes and unique approach to storytelling – all of which is wrapped up in an utterly gorgeous aesthetic. It’s unlike anything else out there right now, and the fact it was created by such a small team is a genuine triumph. Its heavy on text and requires a true commitment to its world to get truly immersed, but to us it was more than worth the effort. 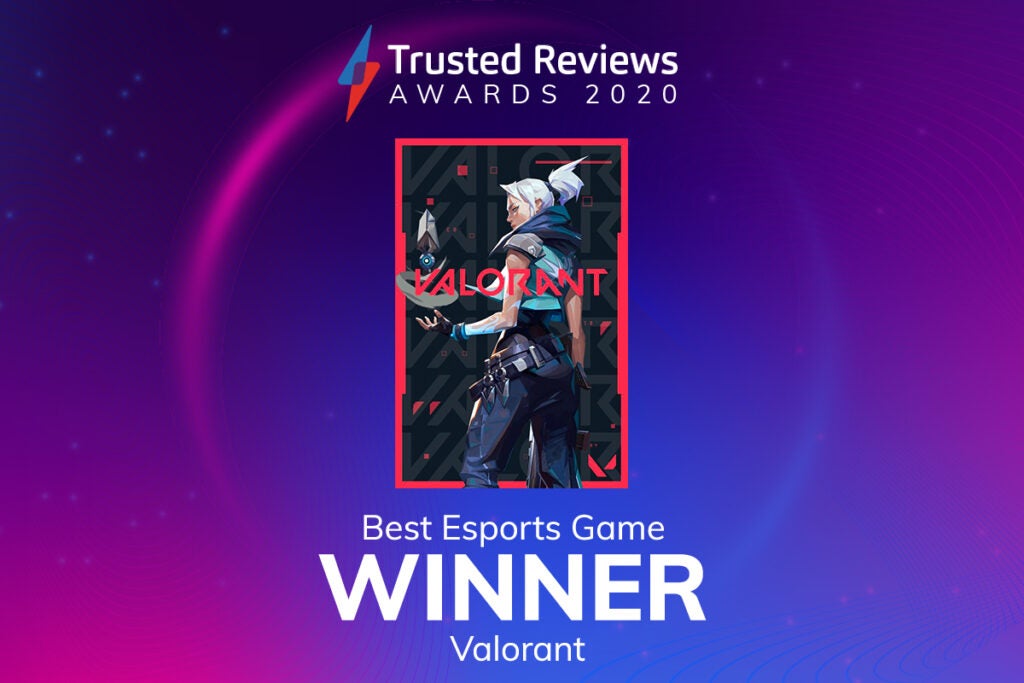 The world of competitive gaming continues to grow with the arrival of new titles intent on bursting onto the tournament scene, and Valorant has done just that since its launch earlier this year. From the creators of League of Legends, this is a fiercely challenging hero shooter which requires razor sharp reflexes and a keen knowledge of its mechanics to succeed.

Such a combination makes it perfect for the world of esports, and we can only see Valorant growing into something greater that can easily compete alongside the likes of Overwatch and Counter Strike: Global Offensive. It’s free-to-play nature and low system requirements also make it hugely accessible to most players, which has done it a bunch of favours when it comes to reaching a wider audience. 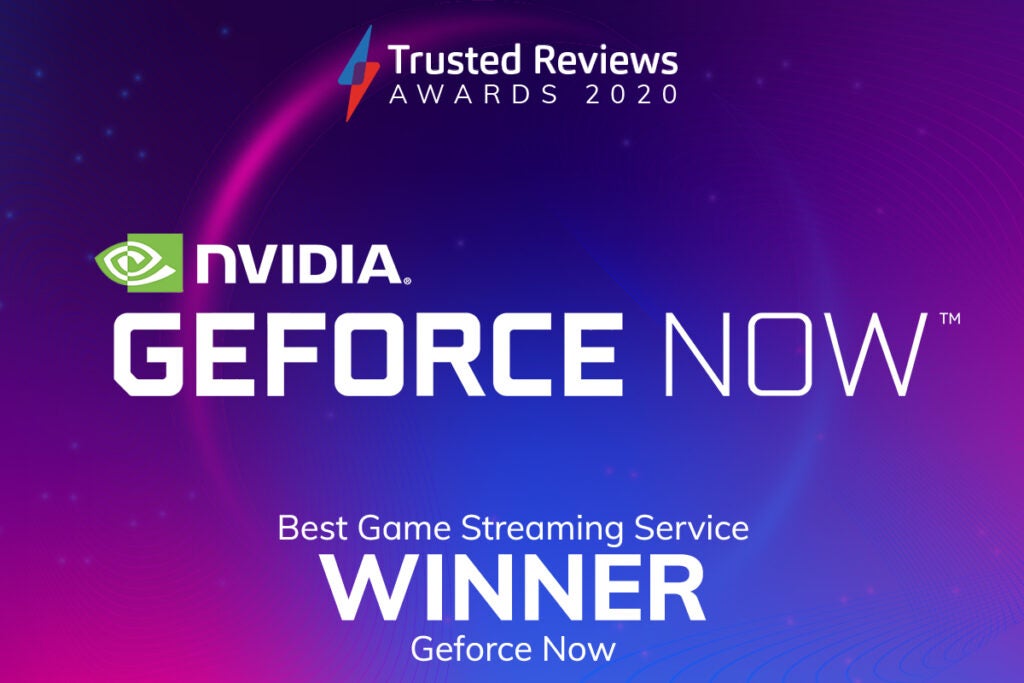 Cloud gaming is becoming more and more commonplace across the medium, and 2020 saw a number of new competitors flex their muscles on the field. Google Stadia has floundered somewhat while failing to maintain a solid audience, while Project xCloud is leveraging the excellence of Xbox Game Pass to draw players in across a wide variety of devices.

However, after counting your votes, GeForce Now has been crowned the ultimate winner. Being able to play a wide selection of your existing steam library through an internet connection on a number of different devices has proven to be spectacular, even if some publishers are a little shy about letting their titles feature on service. With any luck, that will improve in the months to come. 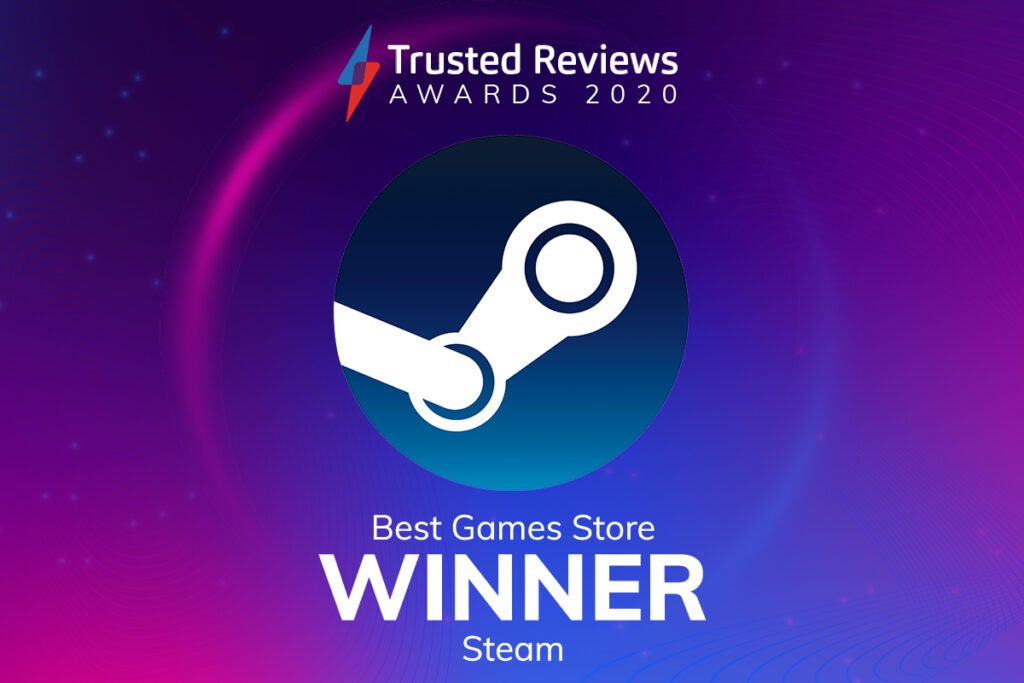 Epic Games Store has put up an incredibly solid fight this year, offering players an abundance of free games as a way of dragging them into its growing ecosystem. This strategy has worked, with a number of us at Trusted Reviews now proud holders of Epic Games accounts after seeing a freebie that tickles our fancy.

Sadly, this isn’t enough to take the crown away from Valve’s digital marketplace. Steam continues to offer constant discounts alongside seasonal sales which offer plenty of oppurtunity to beef up our digital libraries. The experience of playing with friends on Steam also remains the best around, with Epic Games still lacking a number of key features we often take for granted.