Warner Bros. Interactive Entertainment has confirmed that The LEGO Movie 2 Videogame will be coming to PS4, Xbox One and PC on March 1.

The Nintendo Switch version will launch a little later on March 22.

The idea that LEGO adaptations are all the same has become accepted fact in recent years, and that’s largely because it’s completely true. Traveller’s Tales struck gold with its formulaic approach to transporting beloved properties into the iconic building block universe. But the well has long since run dry, with the usual tricks becoming easier to spot and even harder to keep us entertained. The jig is potentially up, and The LEGO Movie 2 seems very much aware of that.

Based on the film of the same name, this gaming tie-in follows the narrative of the film as Emit seeks to save his friends from a mysterious new threat. In reality they’re just the toys of a little girl, but Traveller’s Tales depicts them as something far more comically sinister. From here you’ll explore vast, Mad Max-inspired sands and sparkly asteroid fields dotted with crafty collectibles to uncover. The open world approach the LEGO genre has made its own in recent years returns, except the way you interact with it couldn’t be more different.

Emit and Lucy, the game’s main characters, are what the universe would call ‘Master Builders.’ They’re pretty much the Jedi equivalent of building anything you could possibly imagine out of LEGO. This is not only displayed in the film, which Warner Bros was kind enough to showcase to us in a screening, but also through the game’s innovative new mechanics. It reshapes how you approach the world around you, no longer treating it like an endless minefield of studs to hoover up. 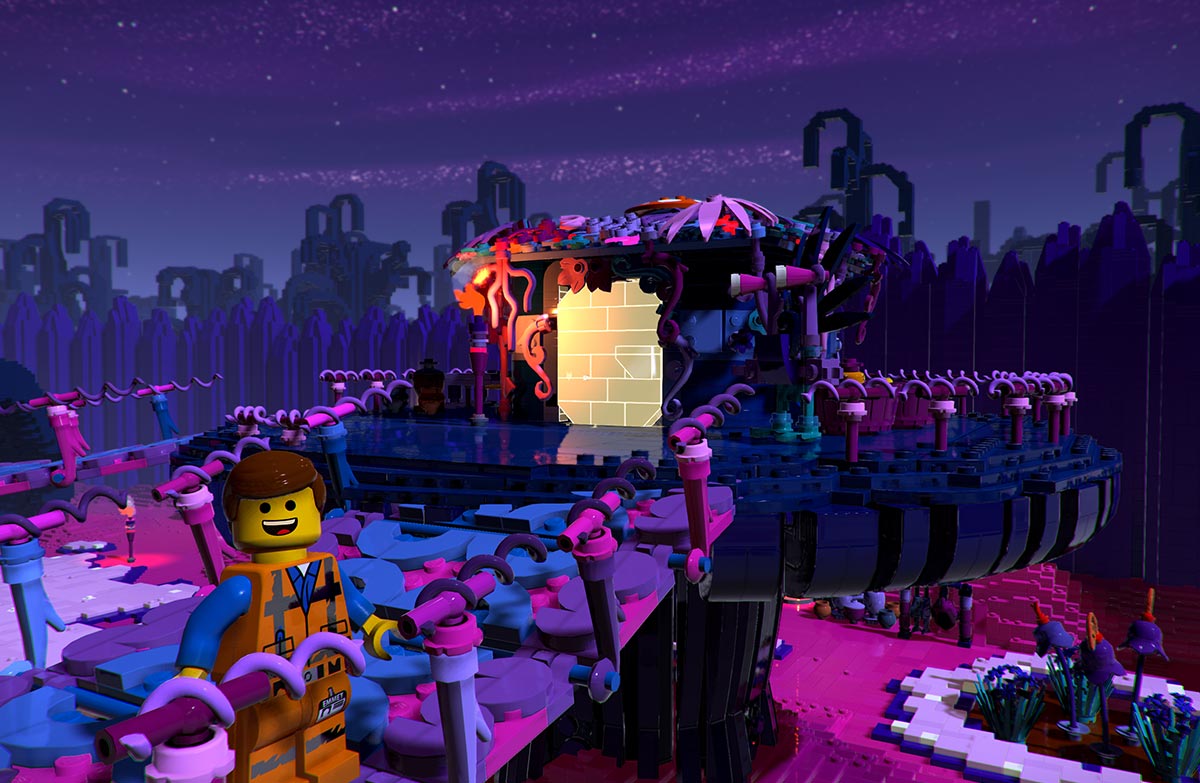 I played through the opening level of Apocalypse Burg which, despite the terrifying name, is surprisingly wholesome. Citizens rode past me in hi-jackable cars as I partook in a series of simple tutorials. It becomes immediately apparent that things are more complex than I imagined. As you unlock characters, you also gain possession of skills unique to their personalities. For example, Lucy is capable of creating a bouncing pad essentially for reaching higher platforms.

Later on you’ll receive Batman’s Scanner. This item analyses the environment for new goodies to build and potential hidden secrets dotted about the place. Speaking of building, it’s no longer a matter of holding a button and watching lazily as things fall into place. Now, you need to move your butt and collect them yourselves. That’s right, you’ll need a specific number of LEGO bricks to craft your desired item, adding a slight yet welcome bit of depth to proceedings.

It’s still incredibly simple, so much so that a child could pick up the controller and have a great time. But for older players looking for something more substantial, The LEGO Movie 2 is potentially worthwhile. The aforementioned skill system is made more accessible due to the fact that, once unlocked, any character can adopt whatever skills they like. This means you’ll no longer need a specific face in your party to overcome puzzles. 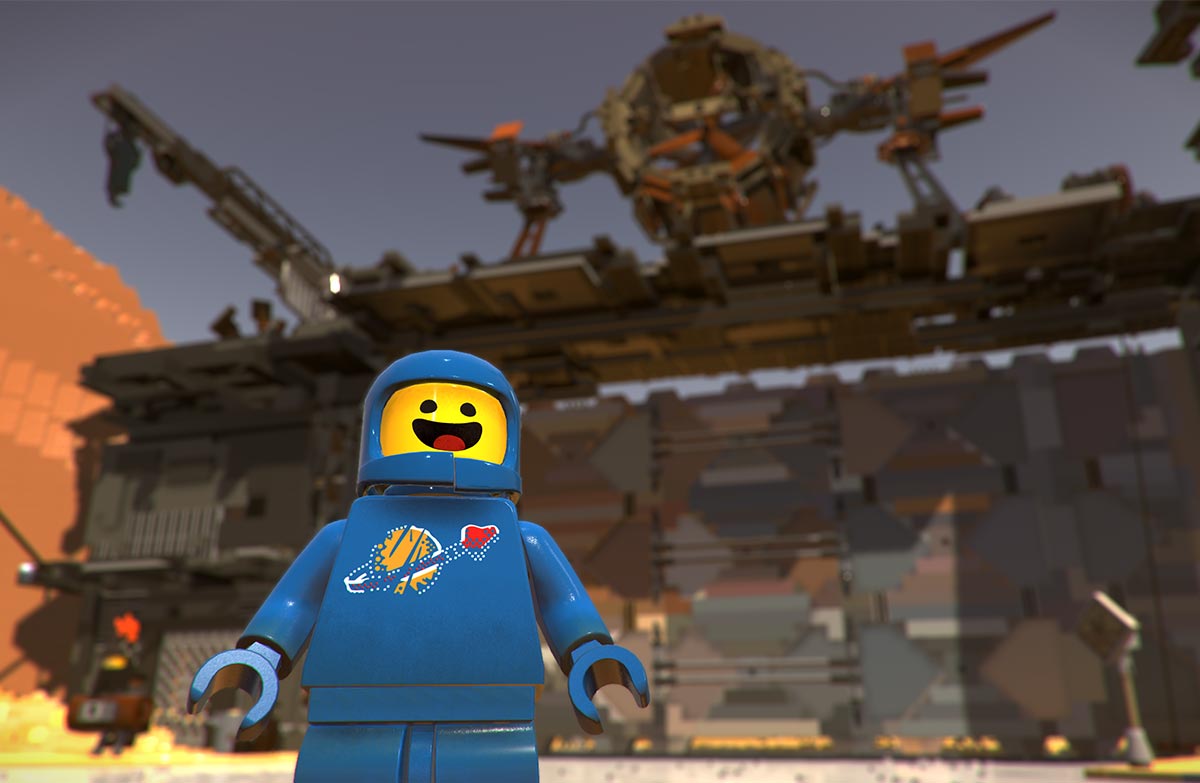 However, don’t go into this expecting something revolutionary in terms of combat design. It’s the same song and dance LEGO has adopted for decades, and the addition of a special move focused on spectacle isn’t enough to change things up. It’s totally serviceable, a means to end before stumbling upon infinitely more creative elements.

The LEGO Movie 2: Videogame has so far done an admirable job of shaking up the series’ formula with some clever new additions.

The changes made to building and exploration fundamentally change how this world is approached, making the act of moving through it and discovering new puzzles far more enjoyable.

Having only a sampled the opening level in its entirety, it remains unclear whether innovations such as this will have staying power, but as a fun-filled romp for all ages, it’s once again another winner from Traveller’s Tales.