The Division 2 is the second entry in Ubisoft’s third-person loot shooter series and seems set to improve upon many of the original’s shortcomings. Taking fan complaints to heart, Massive Entertainment is cutting no corners in delivering an experience that will have us hooked for months on end. With the private beta and eventual release only a handful of weeks away, we don’t have long to wait.

Trusted Reviews has compiled everything you need to know about The Division 2 including all the latest news, gameplay, trailers and our hands-on preview from E3 2018.

Ubisoft has announced The Division 2 Private Beta, a playable trial for the upcoming third-person shooter available to all who pre-order the game. Set to take place from February 7th until the 11th, you will have the opportunity to experience the opening parts of the game alongside learning a little bit more about its world, factions and more. 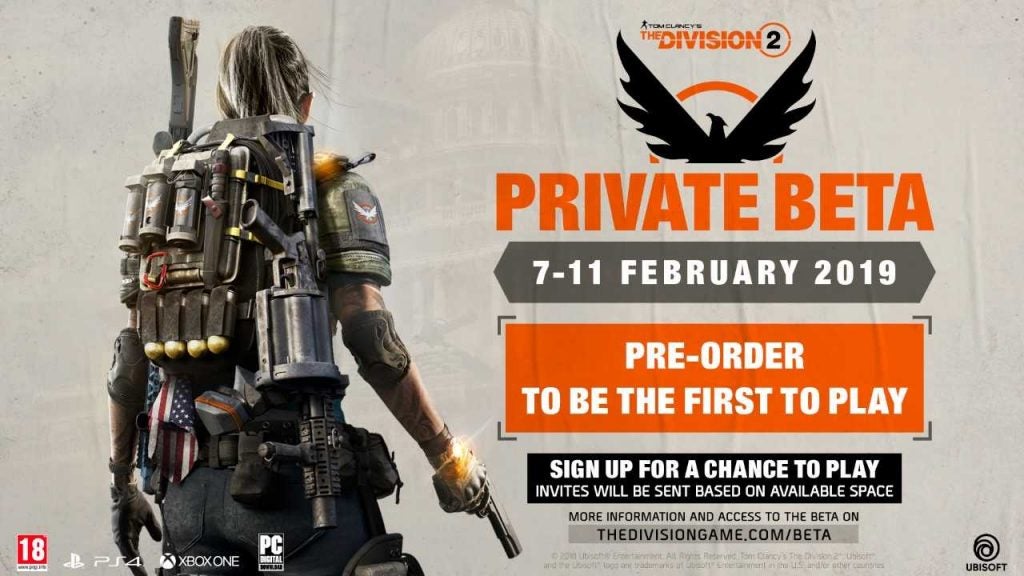 The game’s three factions have also been revealed, and you can read a little more information on the trio below:

What is The Division 2?

Tom Clancy’s The Division 2 is currently in the works at Massive Entertainment with assistance from Ubisoft Annecy, Redstorm, Reflections, Ubisoft Bucharest and Ubisoft Shanghai.

It will be developed on an updated iteration of Ubisoft’s Snowdrop Engine, which was used to power the previous game.

An extended gameplay demonstration for the game showed off a four-player cooperative mission. From the looks of things, the sequel will contain the same mix of action and multiplayer strategy, with a heavy emphasis on collecting loot and leveling up your character.

Ubisoft also announced that raids will be coming to The Division 2, where you and up to seven other players will team up to take on the game’s most challenging missions.

The Division 2 release date – when is it coming out?

The Division 2 is set to be released on March 15, 2019. The game is one of many that are due to come out at the beginning of next year, which looks like it’s going to lead to an absolutely jam-packed quarter. 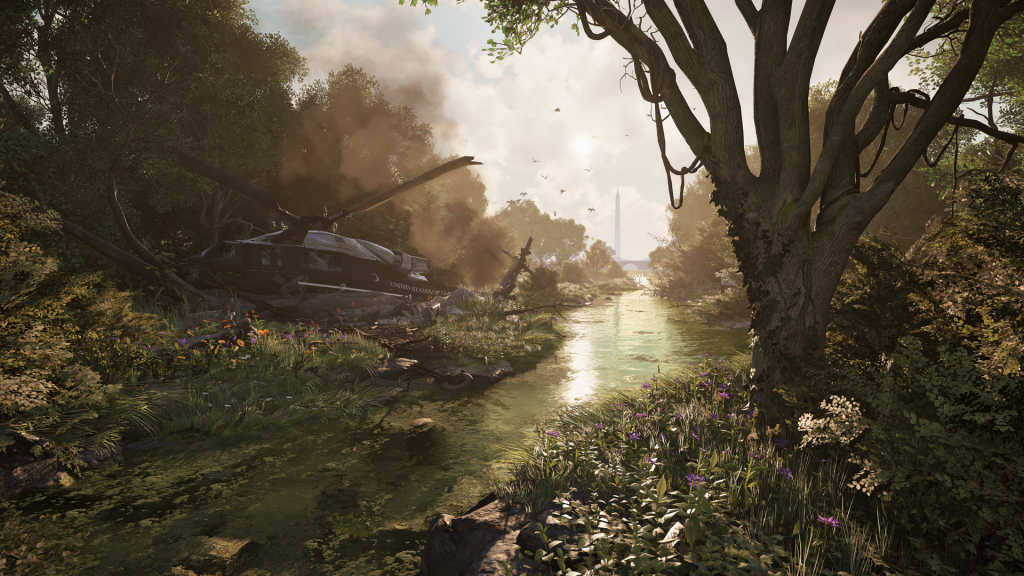 The original Division did an awful lot right. It offered players an engrossing world where they could work together, or against each other while collecting loot and fighting a virus to save a city. Ubisoft also deserves credit for how it has maintained a community throughout the game’s lifecycle, with continuous support and a drip feed of content. Based on our hands-on at E3 2018, The Division 2 looks set to do more of the same, with a great new setting, gorgeous visuals and the same excellent gameplay.

The Division is not a game for casual players. It demands a lot from players who need to dedicate a lot of hours just to scratch the surface. In the E3 hands-on, the developers let us play as level 30 characters, with a gentle note that this is considered when The Division 2 actually “starts”. The reason for this is that’s when Specialisations unlock, multiple character types that will allow more weapons and abilities for even greater depth.

That makes it fair to say that this will be a meaty game. 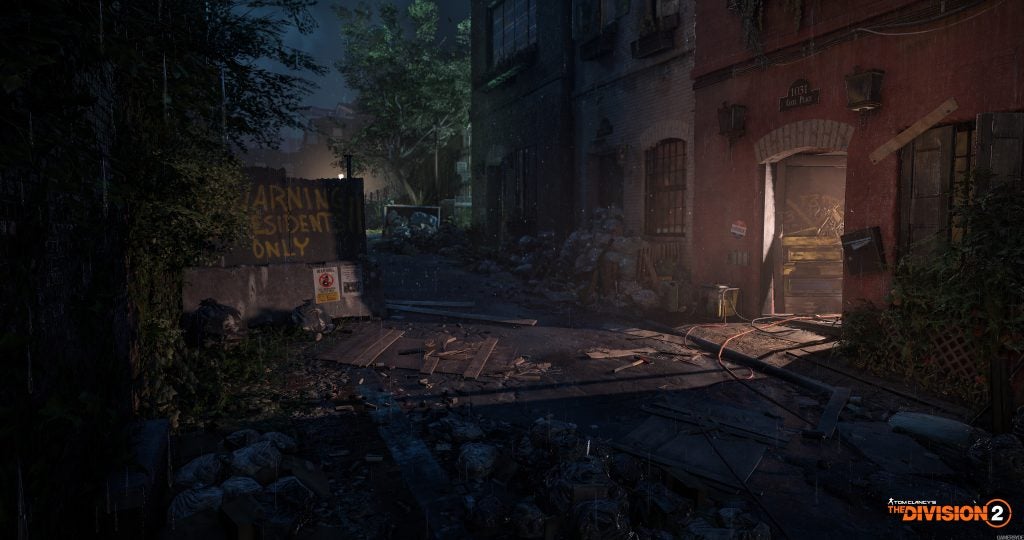 The three playable specialisations in this build were demolition, sharpshooter, and survivalist. I was plonked as a sharpshooter, the sniper class, whose superweapon is a 50 Cal, which can fire through enemies and hit their weak points.

The demo starts with the four of us getting to grips with our characters. My guy is armed with a special perk of a drone that can attack enemies on command, which is great for aggroing baddies to create a distraction and keep the fire off your back when you need it most.

Entering the first building, there are two entry points, the front door and go loud, and up high for a more advantageous position. As a sniper, I went up high to get the jump on enemies down below and provide cover fire. Having each of the different character types was a great boon that encouraged cooperation between me and my teammates. We naturally fit into our roles and worked together to clear the room. The demolitionist in the loudest way possible, myself picking enemies off in a more elegant way, the survivalist keeping the crew together.

The Division 2’s enemy AI has a good mix of conservative and aggressive, too. Some enemies keep their distance, hiding behind cover, and peppering you with shots. They also spread out and flank meaning you always have to be aware of your surroundings in 360-degrees and need to keep fire on enemies trying to move on your position. This is not helped by the aggressive types who rush straight up the middle and also tend to carry extra armour to boot. 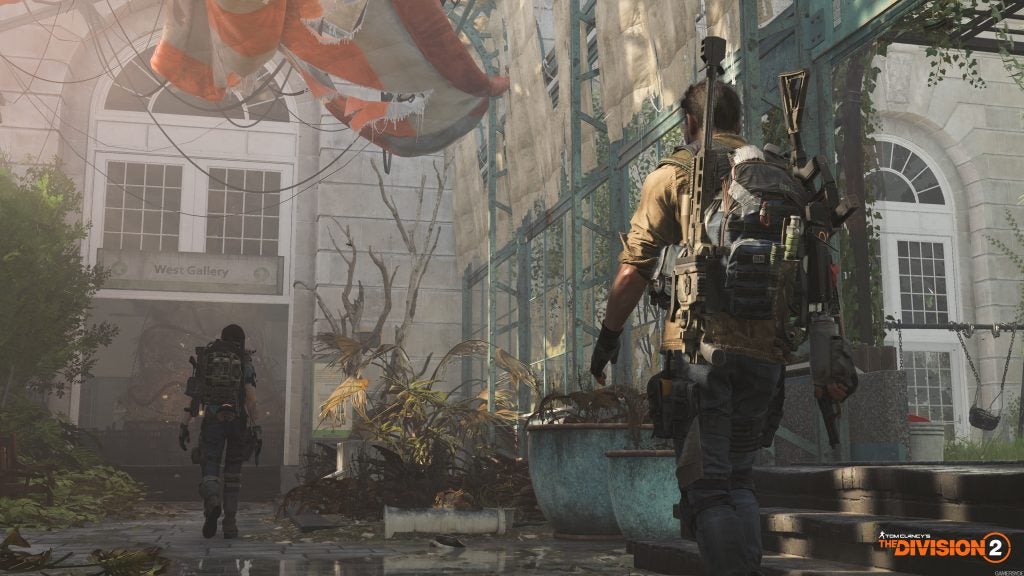 The equaliser in all this is each enemy carries a giant and very obvious weak point: a big red pack, often on the back of their waist, which if shot can either explode or disable their ability (like a medic being able to heal downed enemies). It’s a cool system that encourages players to move around the field rather than hunker down and just keep firing from the same position ala Gears of War.

The demo ends with a giant takedown of an enemy position near a downed airplane. The mix of standard and heavily armoured enemies meant the combat maintained an intensity that kept things exciting. The closing wave mode from a hunkered down position was also great. Even without us communicating, The Division 2 still managed to be great fun and a game where we all worked together.

I had a lot of fun in my brief time with The Division 2. It’s a visually stunning game that looks set to evolve everything that the first game did, and now with an exciting new setting and tons more content for players to dive in and start unlocking. Plus all content is free for players, too, so there’s no excuse to not be excited.

The Division 2 trailers — How does it look?

The story trailer has been released and you can watch it below: