FromSoftware’s Sekiro: Shadows Die Twice is out today for PS4, Xbox One and PC. It’s only just arrived in the Trusted Reviews office, so you’ll have to wait until next week for our full review. However, we can definitely say this: it’s really, really hard.

Seriously, this could be the most challenging thing the Japanese developer has ever made, surpassing the likes of Bloodborne and Dark Souls in terms of technical skill required to succeed. That, or we’re just a bit rubbish. Either way, we’re having a blast.

If you’re planning on picking up Sekiro, we’ve compiled seven essential tips for getting started on The Wolf’s uncompromising adventure. Whether it’s parrying, upgrading skills or not being dunked on by demonic chickens, we’ve got you covered. 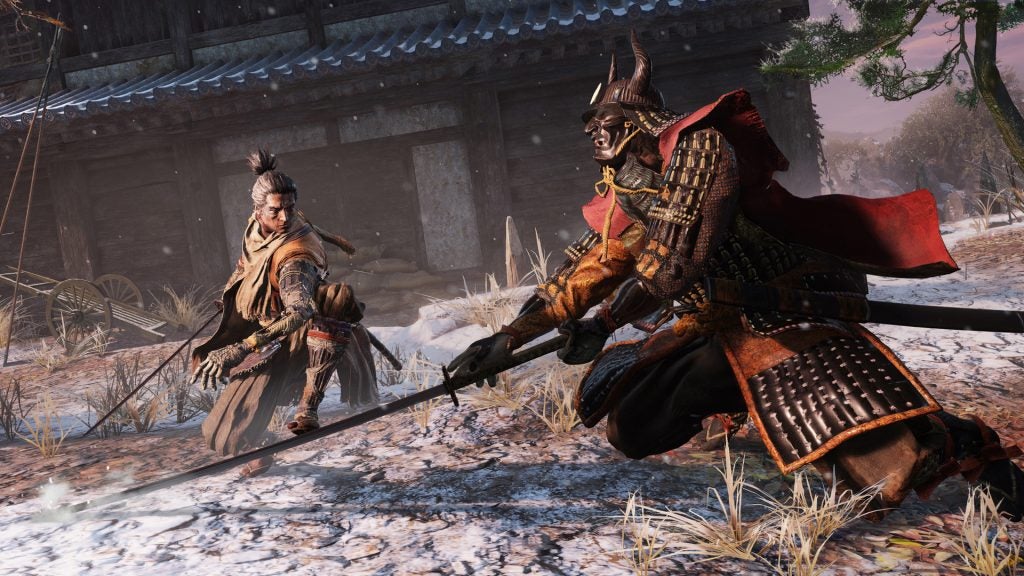 Sekiro Tips and Tricks – Parrying is essential for survival

Unlike Dark Souls or Bloodborne where parrying was a semi-optional skill for those who wanted to down enemies with little trouble, in Sekiro, it’s paramount to success. Failing to do so will result in a swift death, and a failure to progress through many of the tougher battles. Which is most of them, by the way.

Performed by pressing the shoulder button at the precise moment an enemy strikes you, it leaves them open to a few swift hits, building up their stagger metre as a result. Once this metre is filled and foes are left stunned, you can perform a devastating attack known as a Deathblow that kills them instantly or wipes out an entire health bar.

Sekiro Tips and Tricks – You can actually pause this one!

Yep, we aren’t messing with you. Because Sekiro doesn’t have an online component, you’re free to pause the action and take a much-needed breather when things get hectic. It’s not only an anxiety aid, but also where all your items and ability management reside.

Here you can assign healing items, cures for status ailments and essential buffs to a hotkey to be used during battle. In addition, you can change which three prosthetics you have equipped at any given time, which is something we’ll get onto explaining in a little bit. 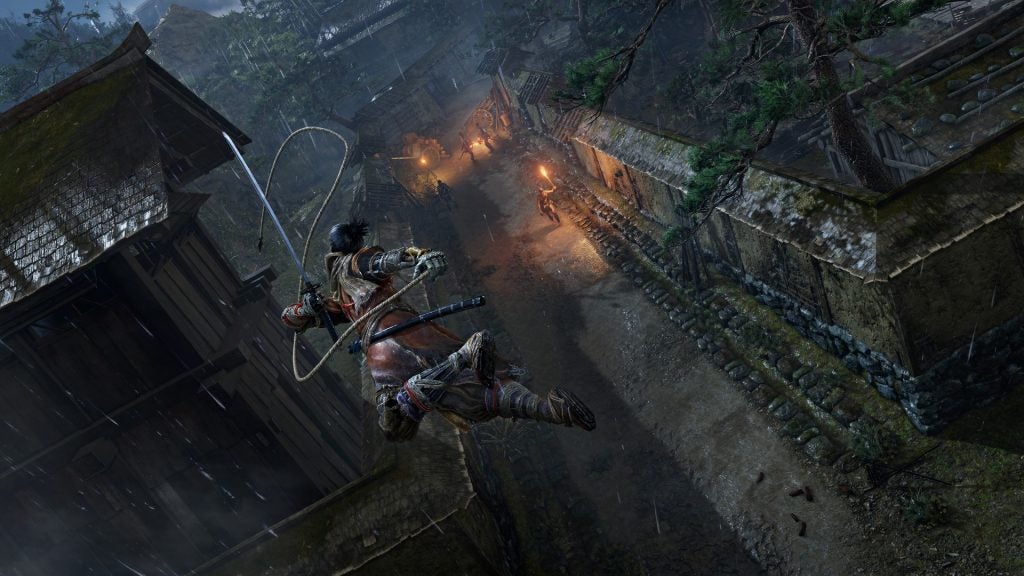 Sekiro Tips and Tricks – Play around with prosthetics

In the opening moments of Sekiro you’ll enter a battle and be defeated in seconds, losing your arm in the process. You awake several days later alongside an elderly shaman who has kindly replaced your organic limb with a frankly badass prosthetic. This becomes an essential part of your arsenal moving forward.

After a few hours you’ll have likely acquired three distinct types – Shuriken, Flame and Axe. All of these possess unique properties that have a different impact on certain enemies. For example, spewing a ball of flame toward the Chained Ogre will leave them vulnerable for a precious few seconds, making a tough early encounter all the more manageable.

Practice makes perfect in FromSoftware’s latest effort, and you could probably get by on pure skill alone with enough of it. However, you’ll want to return to Idols (the game’s equivalent to Bonfires) and learn new abilities whenever possible when the option becomes available.

You can choose to learn both Shinobi and Prosthetic Arts, with the former focusing on sword-based attacks, increased stealth effectiveness and lots of handy ninja-related things. Prosthetic speaks for itself, adding a few extra bells and whistles to your newly acquired forearm.

Learning a few of these after racking up a sufficient skill points can prove invaluable, opening up avenues of combat previously unseen. That, and it only leads to you feeling more and more formidable in the face of stronger enemies. 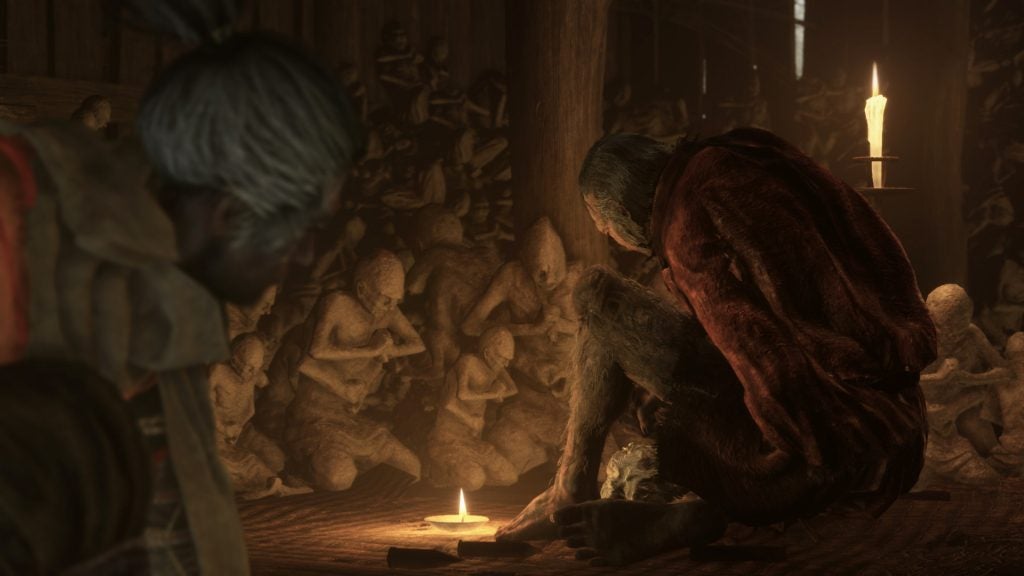 Sekiro Tips and Tricks – Don’t be afraid of stealth

FromSoftware’s previous exploration of stealth was limited to backstabbing and running away from foes until they got bored and returned to their original positions. This all changes Sekiro as now entire sections can be tackled without alerting a single soul.

If the opportunity presents itself, try and sneak through areas eliminating one foe at a time, using the disappearance of others to lure them into a false sense of security. Unless you’re looking for a fight, postponing a full-frontal assault until the last minute will work in your favour.

The Wolf can hide in long grass, hug up against walls and linger amongst treetops waiting to ambush lumbering threats beneath him. Sekiro is a stealth experience first and foremost, and you’d do well to treat it as such.

The majority of enemies in Sekiro are capable of unleashing attacks that can’t be blocked or parried. These are almost always telegraphed by Red Kanji (Japanese characters) appearing above them. Once this appears, prepare to jump out of the way or dodge to the side. 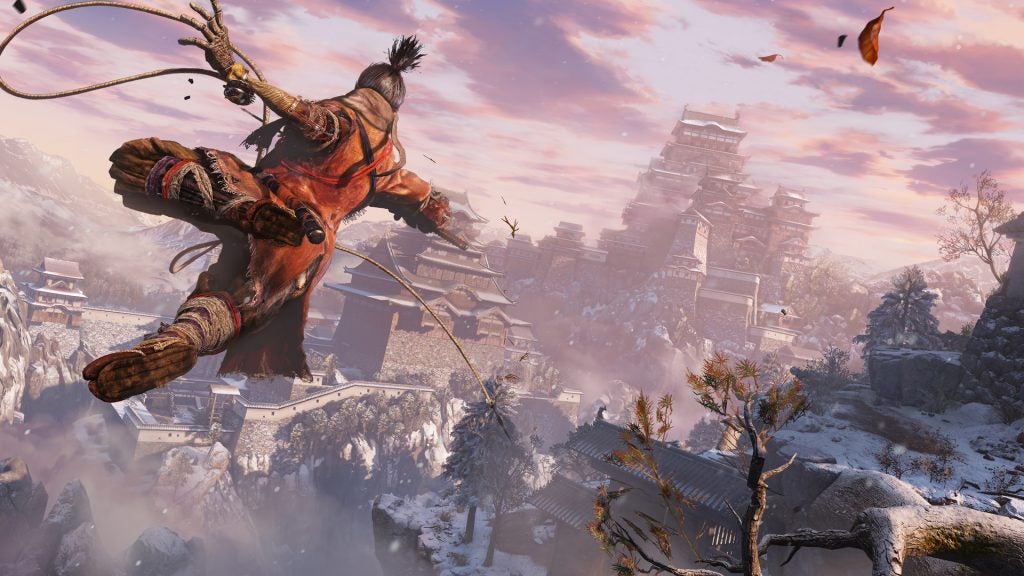 Sekiro Tips and Tricks – Live to fight another day

It might come as a surprise that many of the early boss encounters can be skipped entirely. Now, this doesn’t count when it comes to big-bads that prevent you from progressing the narrative. But smaller foes with multiple health bars can be avoided until you’re ready to face them.

Now, I ended up hitting my head against them constantly until I emerged victorious, and you’re rewarded with plentiful spoils for doing so. However, if you don’t feel really and keep being killed, don’t feel ashamed of leaving them behind until you’re more powerful.

Sekiro offers a robust fast-travel system to the player right away, meaning you’re free to return to previously explored areas whenever you like. Speaking of, look into every nook and cranny possible, as you might stumble into precious items or entire areas you never knew existed.