The Sony PS5 review units have started to make their way into the hands of reporters and influencers, which also means the emergence of fresh info on the console’s new DualSense controller.

YouTube Austin Evans has unboxed the new DualSense controller and revealed some previously unknown information in the process. Firstly, the box itself is, for some reason, absolutely gigantic.

As for the handling of the controller itself, Evans commented on the ‘grippy’ feel of the analog thumb sticks, the single-piece D-pad and the slightly different feel offered by the buttons and “surprisingly stiff” trigger buttons.

The hands-on review, which also features a teardown of the controller, tells us that the device is compatible with Android devices and the PC. That’s to be expected, but it’s also something that is yet to be officially announced by Sony, which only lists PS5 compatibility on the box.

Evans was even able to play Xbox games via xCloud on his Pixel 5 smartphone using the DualSense controller. Pretty cool, huh?

We’d expect the iPhone to join the fray at some point, given the DualShock 4 controller is compatible with iOS devices. Speaking of the DualShock controller, it’s clear the DualSense is considerably larger than the PS4 controller and a little less rounded. It actually appears to be much more akin to the Xbox Series X controller in terms of size. 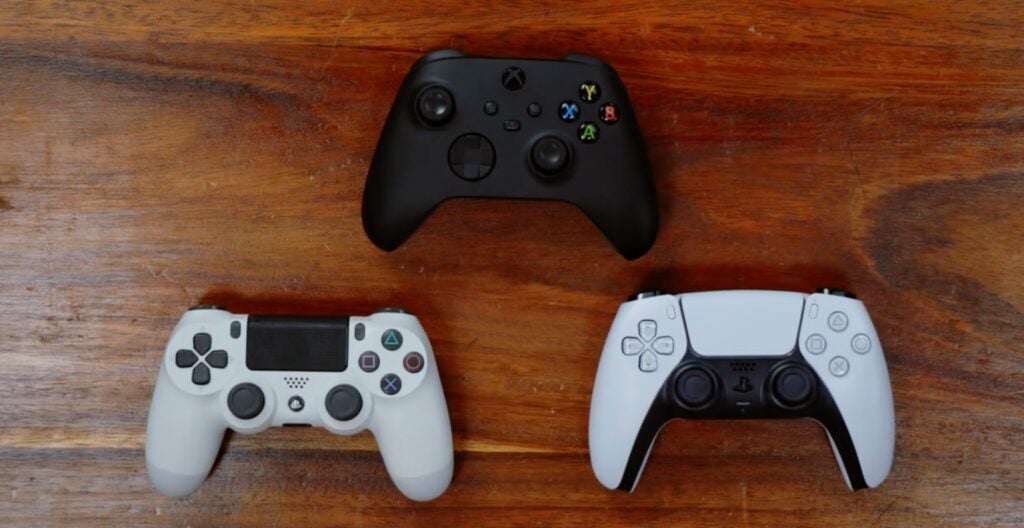 Evans also revealed the bumps on the surface of the controller are tiny representations of the iconic PlayStation triangle, circle, square and cross icons – which you can depicted see in the main image above.

The YouTuber, whose channel has close to four million subscribers, also points out that the controller doesn’t ship with a USB-C cable for charging the controller. Speaking of charging, the teardown also revealed the presence of a 1,560mAh battery and some sizeable motors for the new vibration engines.

The DualSense controller costs £59.99 in the UK and $69.99 in the United States. It will be available from November 12 – a week before the console goes on sale in Britain.