Konami’s Pro Evolution Soccer is shaking things up this year, opting for a standalone seasonal update instead of a fully-fledged new release. PES 2021 will be the first time the franchise is without a main entry, which is certainly strange.

This arguably puts it in the crosshairs of Electronic Art’s FIFA 21 more than usual, with many players likely to be underwhelmed by the lack of a version coming to next-gen consoles. Alternatively, footie fans might be satisfied by a seasonal update with new players, licenses and all the gameplay mechanics they’re already familiar with. Only time will tell.

Trusted Reviews has compiled everything you need to know about PES 2021 including all the latest news, gameplay, modes, teams, release date, and more. 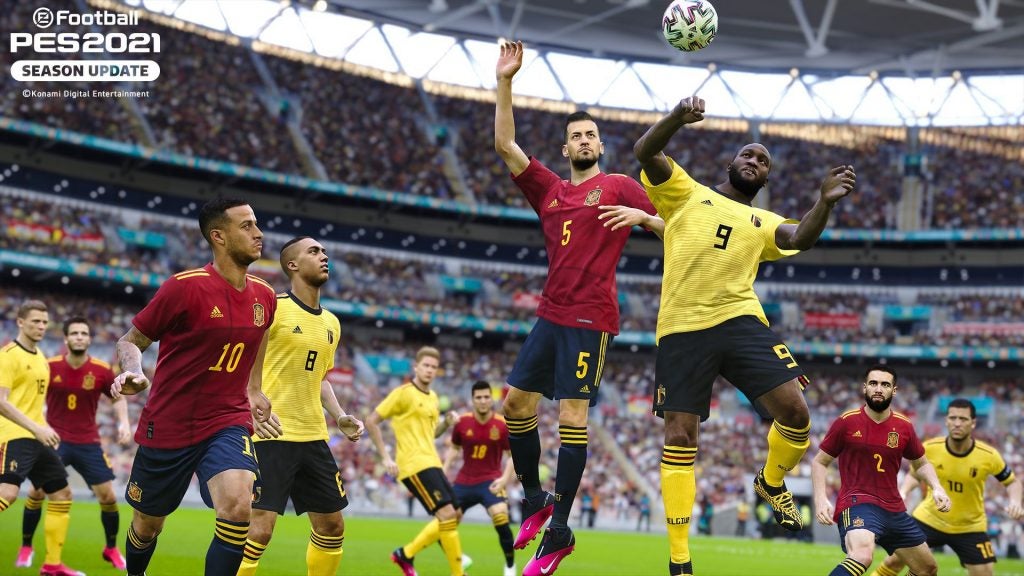 This isn’t your usual Pro Evolution Soccer. Instead, PES 2021 is intended as a seasonal update to the previous title, maintaining the same mechanics, visuals and modes players associate with it. So, owners of PES 2020 will be hugely familiar with much of what this seasonal update will offer, the big changes coming in licenses, players and other additions.

PES 2021 will be coming to PS4, Xbox One and PC on September 15, 2020. Unfortunately, versions are not being developed for PS5 and Xbox Series X, although Konami has said it is working on an ambitious new vision of the franchise for next-gen machines which utilise a new gameplay engine, enhanced mechanics and more.

Given that this is only a seasonal update, and the Euro 2020 license proved rather underwhelming, we’d love to see a digital discount or convenient way to upgrade for owners of last year’s entry. Otherwise, the asking price is rather steep for what is essentially a glorified update with refreshed teams and licenses.

PES 2021 Teams and Licenses – What can we expect this year?

Konami is pushing the boat out when it comes to teams and licenses this year, once again bagging the likes of FC Barcelona, Manchester United, Juventus, Arsenal and FC Bayern. It’s still lacking when compared to FIFA 21, though.

All of the aforementioned teams will receive special ‘Club Editions’ of PES 2021 which will include exclusive club-specific content such as myClub squads, iconic moment series players, unique kits, branded menus and more.

While it sadly no longer boasts the Champion’s League, PES 2021 is biting back with an exclusive license for UEFA Euro 2020. Due to Covid-19 the tournament itself never took place, so Konami is filling the void with a virtual alternative which features an offline UEFA Euro 2020 tournament Mode, all 55 UEFA National teams and Wembley Stadium. 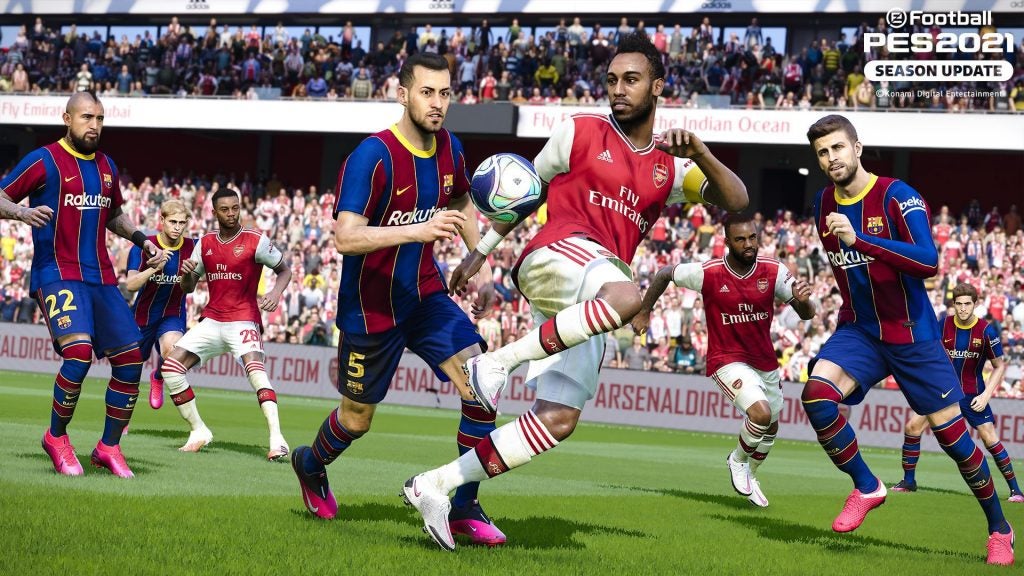 PES 2021 Gameplay and Modes – What does this entry include?

Konami has implemented a number of familiar modes into PES 2021 such as Master League MyClub and Matchday alongside other traditional ones you’ll recognise from previous entries. With the next-gen version poised to overhaul Pro Evolution Soccer with a new engine, will likely be waiting until then for some truly innovative new additions. Sadly there isn’t anything new to report in regards to gameplay mechanics if you played PES 2020, you can check out our review here.

Konami has announced all of the players who will appear on the cover of PES 2021, with four athletes gracing the iconic podium this year. The upcoming release will feature Lionel Messi and Cristiano Ronaldo, alongside Marcus Rashford of Manchester United and Bayern Munich’s Alphonso Davies. You can the check the cover out for yourself below.

“I am incredibly proud of the cover that we’ve assembled for PES 2021. We made a big change last year with the presentation of four ambassadors and we were keen to raise the bar this year with a world first – Messi and Ronaldo together at last,” said Jonas Lygaard, Senior Director Brand & Business Development at Konami Digital Entertainment.