This year could be one of the best for strategy games yet. Behemoths of the genre are gearing up for new outings, and long-dead franchises are rising from the grave. Equally importantly, all these games are paying more attention than ever to welcoming new players.

Total War Saga: Troy is set to take Creative Assembly’s iconic series in a new direction later this year. Meanwhile, Age of Empires 4 heralds the revival of an iconic RTS series after a 15-year wait. Both games are making great strides in improving accessibility (the latter will likely be available on consoles) with the hope of attracting new players to the strategy genre.

It’s Crusader Kings 3 that looks to be making the biggest effort though, with the notoriously opaque grand strategy series setting its sights on pulling in a wider crowd than ever before. Paradox Development Studio announced the grand strategy series would be returning in September, eight years after the release of Crusader Kings 2 (which is currently free on Steam).

The snippets of Crusader Kings 3 footage we’ve seen so far have been quite revealing. While the game still looks to have plenty of depth, much more effort has been made to welcome and encourage new players. Helpful tool-tips and advisor interactions complement a new tutorial, taking place in the country of Ireland. 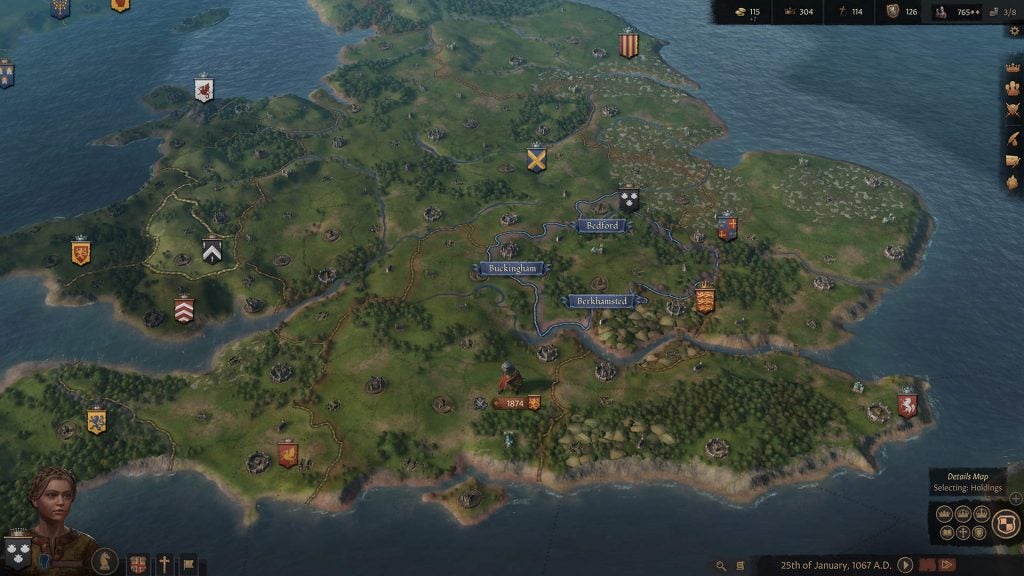 The thing that’s even more likely to win over new players though is the visuals. 3D character models, new animations and a completely revamped map have dragged the Crusader Kings franchise into 2020. Where before the game occasionally felt like you were managing medieval spreadsheets, there’s now more life in every corner of the grand strategy sim.

The Total War series is something of a kindred spirit of Crusader Kings – your armies moving around like chess pieces, while you manage your empire from a top-down map view. That said, the ability to directly command and supervise battles has always made Total War more mainstream than Crusader Kings and given the games a wider appeal.

Now, Creative Assembly is looking to widen that appeal further. The addition of hero characters in Total War Three Kingdoms definitely added a sheen of cinematic appeal in the place of historical accuracy. However, for the history buffs, the feature could be turned on and off, turning ‘heroes’ back into the fallible, killable human leaders they were in previous instalments.

Notably, in the series’ next outing, A Total War Saga: Troy, the hero mechanic is seemingly stepping up a notch. The feature returns and Creative Assembly has chosen a time period which we know best because of its mythical heroes, rather than from historical record. There is still plenty of debate among historians as to whether Troy actually existed.

The latest instalment is certainly choosing Hollywood over history, perhaps for the first time in the history of the series. Take the new game’s trailer – the scenes are almost directly lifted from the 2004 Troy film, in which Brad Pitt and Eric Bana did battle as mythical heroes, Achilles and Hector.

That’s not necessarily a bad thing and sounds like it could be plenty of fun for a strategy game, but it also shows that some slightly different influences are making their mark on the Total War series. It’s likely a bid to attract new players with a re-brand – less dusty history, more glitzy action-packed cinema – but will it work?

Age of Empires 4 is also set to revamp an already comparatively accessible formula. The franchise formula is certainly more straightforward than playing Total War or Crusader Kings, but the fact the series is likely to appear on Xbox consoles lends it a whole new level of accessibility.

While accessibility might seem an odd theme to discuss, it really is crucial. Look at all the most popular games of the moment – the likes of Fortnite and FIFA – and you’ll see remarkably few barriers to entry. They’re games that are simple to pick up, understand and play.

These strategy titles will never hit Fortnite levels of accessibility, (though Age of Empires tried unsuccessfully, with a mobile game,)  but making things a bit simpler can definitely widen their appeal. The ability to pick up Age of Empires 4 on a console will further erode the PC’s monopoly over the genre, while Total War’s cinematic slickness might attract players who hadn’t considered the series before.

We’ve also recently seen the likes of Civilization VI and XCOM 2 make a move to the Nintendo Switch, further showing that strategy game developers are no longer content with focusing solely on PC enthusiasts.

It’s an important moment for strategy gaming with Crusader Kings and Age of Empires both reviving iconic and long-absent genre series. Whether that important moment will result in a heroic victory, or a crushing defeat will depend on the success of these new tweaks.

Developers will need to make sure they don’t reduce the depth and complexity to such an extent that they alienate the core fan base. But if they can attract new players without shaking the acclaimed foundations too much, then we may just be at the cusp of a new strategy game renaissance. We’re eager to see how they fare.