To celebrate the launch of Kingdom Hearts 3 this week we’ve gone and got our hands on the Limited Edition PS4 Pro launching alongside the game.

Retailing for £379.99 and exclusive to GAME in the United Kingdom, the bundle seems to have already sold out ahead of Kingdom Hearts 3 launching.

Given all the anticipation behind its release we aren’t too surprised, and couldn’t help but pick one up for ourselves as die-hard fans.

Before we dive into the bundle itself, we’ve included a lowdown below of what the limited edition bundle contains, besides the system itself: 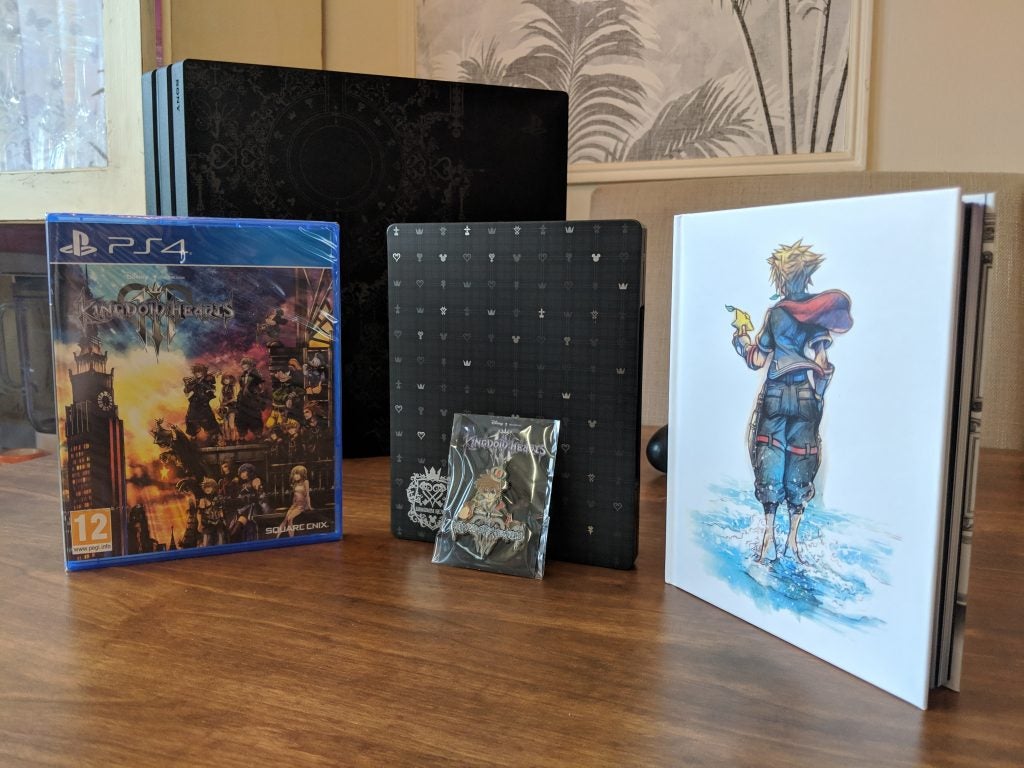 The Deluxe Edition of Kingdom Hearts 3 includes a physical version of the game itself alongside a steelbook case, hardback artbook and a cute little pin.

Upon unwrapping the console you’re greeted with a gorgeous array of decorations on the top of it, many of which are inspired by the series’ Keyblade weapons.

Just below the disc tray and USB ports sit an assortment of symbols representing various things in the Kingdom Hearts universe, making this a perfect console for hardcore fans.

The Dualshock 4 controller is covered in a similar style of nifty visual touches, with the touchpad sporting a decal that really comes alive when reflecting against light. 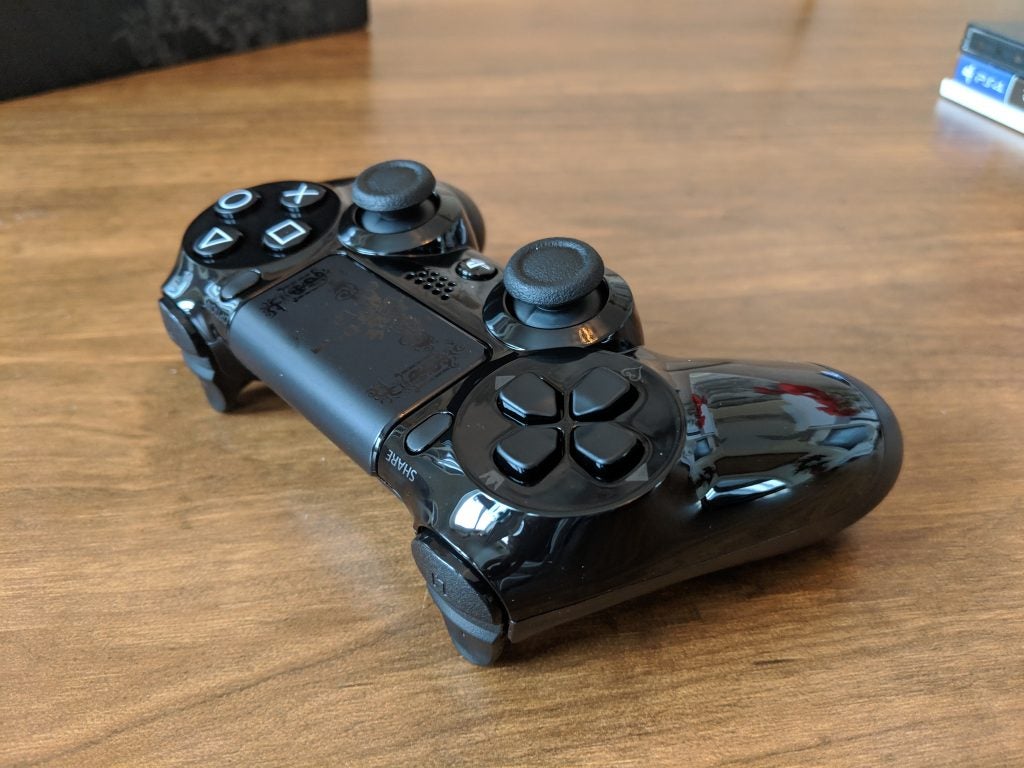 This console might be all snazzy and lovely to look at, but what did we think of Kingdom Hearts 3? Earning 9/10 in our review, we believed it to be a worthy conclusion to The Dark Seeker Saga brimming with charm, emotion and plenty of detail:

‘Its closing act left me in tears as revelations I’ve been waiting over 13 years for finally came to fruition. I’ve grown up with these characters and the myriad worlds they inhabit, and knowing this could be their final adventure is a bittersweet pill to swallow.

Whether you’re a hardcore fan or a hesitant newcomer, there is an undeniable charm to Kingdom Hearts 3 that’s easy to fall in love with. And remember, may your heart be your guiding key.’

You can find a couple of additional pictures of the Kingdom Hearts 3 PS4 Pro below. For now, we’re going to plug this thing in and get playing! 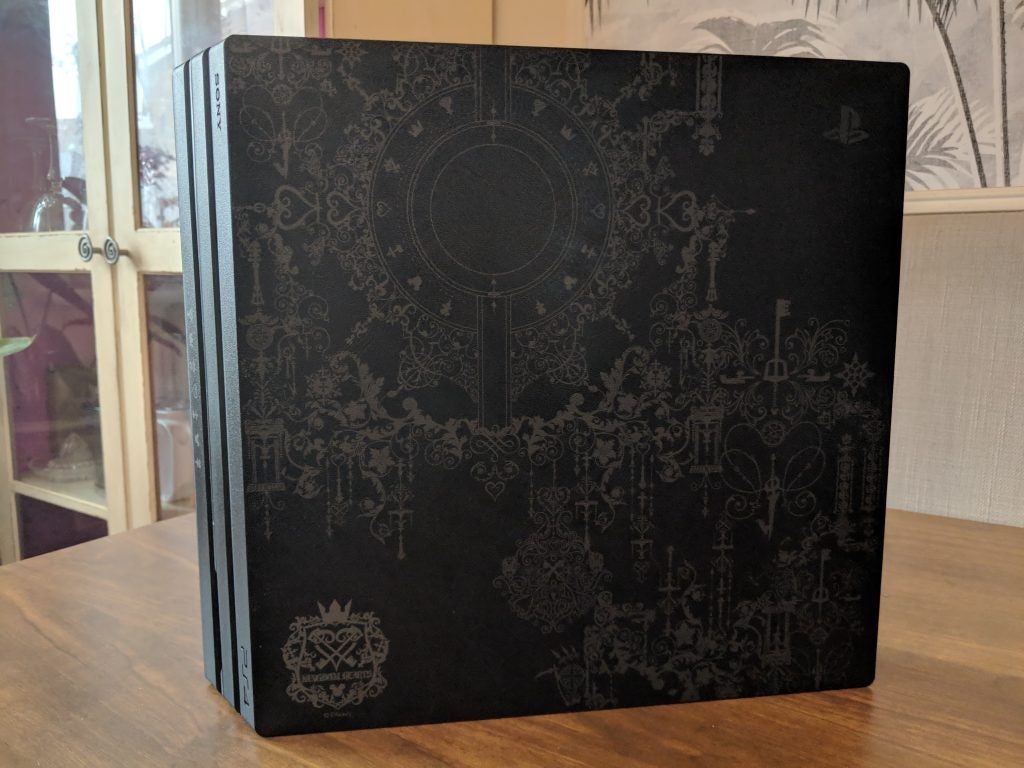 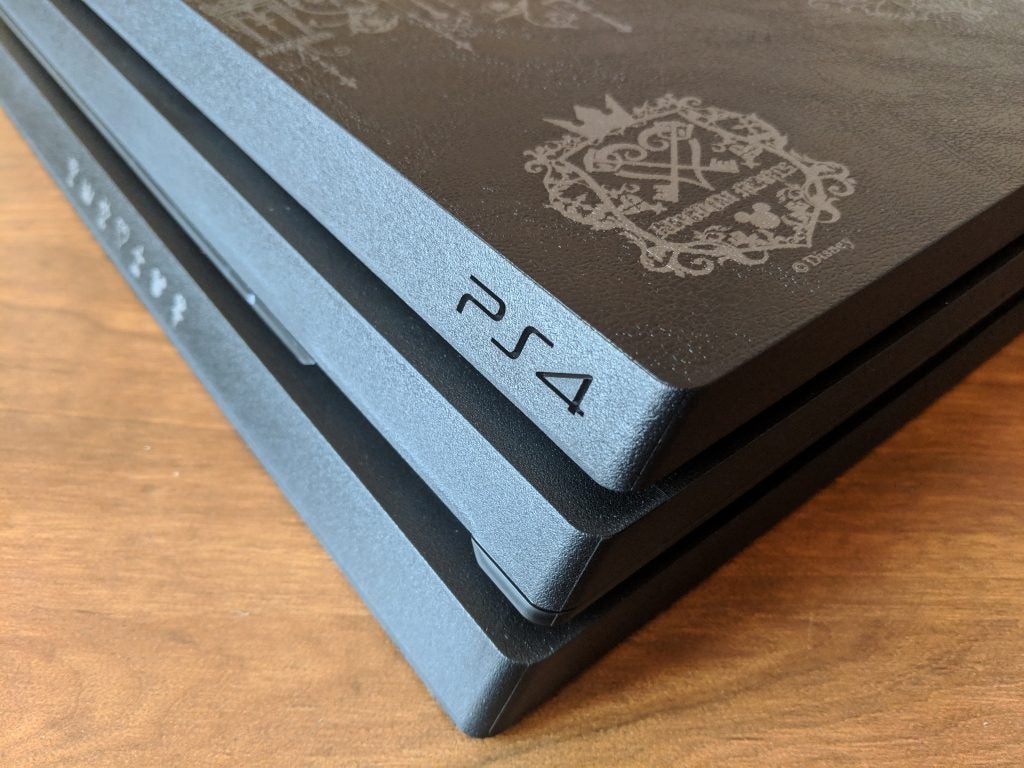 Will you be picking up Kingdom Hearts 3 this week? Let us know on Facebook and Twitter @trustedreviews.