The computer is impassive, calmly letting me know an alien lifeform is on board. This is very bad.

I’m in the clone lab, cooking up another crewmate. From the other end of the ship, I hear the staccato rhythm of gunfire as the tractor beam crew open fire. It’s not a big problem, the crew of the Trusted Terror are well trained and diligent, and Newton and Deehan are some of my best.

But what if they don’t? Leaving Walker-Todd to thaw out the new clone, I charge headlong into the ship’s warren of corridors as they sprawl out in every direction. I’d curse the ship’s architect but it was me, snapping the bits together without a thought of how I’d defend it when excrement and fan finally collided.

After several hours, I’m still not sure I’ve played enough of Radiation Blue’s sci-fi roguelike Genesis Alpha One to know whether it’s actually a good game or not. What I do know is that in its finest moments, it’s the Aliens game I’ve been waiting most of my life for.

The game comes at you from two sides. On one level it’s a reasonably meticulous base-builder that tasks you with designing, upgrading and gathering resources for your spaceship as you explore the cosmos in search of the perfect planet to found a settlement on.”

This involves switching between a first-person perspective to operate some chunky 80s-inspired computer screens and take care of business on the ship, and a tablet which lets you build and upgrade your ship.

Building and gathering resources is fine, and even grabbing some crew and shipping off to a nearby planet to gather loot and resources isn’t too stressful, even as alien hordes and races assault you.

But as the captain of the good ship USS Whatever-You-Call-It, a lot of duties fall on you. Ordering your crew around is a given, and leading the crew in repelling alien boarders does seem like a pretty reasonable request. However, no one told me that a primary part of my role is stopping my ship getting infested with extraterrestrial beasties. Bugs can sneak on board by stowing away on your ship while you’re planetside, or by being beamed up through your tractorbeam as you’re hoovering junk up from outer space. If you catch them immediately, you’re all good. The problem occurs when they manage to scurry off into the maintenance tunnels running out of site through every room in your ship. If any contaminant gets loose on the ship, viscous gunk starts to appear, which can spawn lethal beasts or make your crew sick. As a result, once in a while, someone has to grab a laser rifle and clamber down into the guts of the ship and clear things out.

The whole game wears its Aliens inspiration on its sleeve, with grimy retro-tech stylings and even placeable sentry turrets, with ammunition counters embedded in the backs, picked out in glowing numerals.

Below decks is where it goes full Aliens, with you scurrying through the crawlspace looking for anything that shouldn’t be there, fixing broken parts before they can be destroyed, and blowing the heck out of anything that moves.

The proximity sensor in your suit bleeps a warning whenever anything moves close by, with the sheen of alien goop fitting in effortlessly with the faded shine of old machinery under torch light. In the crawl space, things quickly go from bad to worse. Turning a corner hunting a single tentacled creature could see you face to face with four or five. Blasting through a hardened wall of resin could give an army of lethal spiders time to surround you.

If you’ve left it long enough, or you’re caught off guard, these missions can be lethal, leading to you taking control of another crewman and picking up the mantle of your ill fated former colleague to try and clear things out before your assailants take over the entire ship. 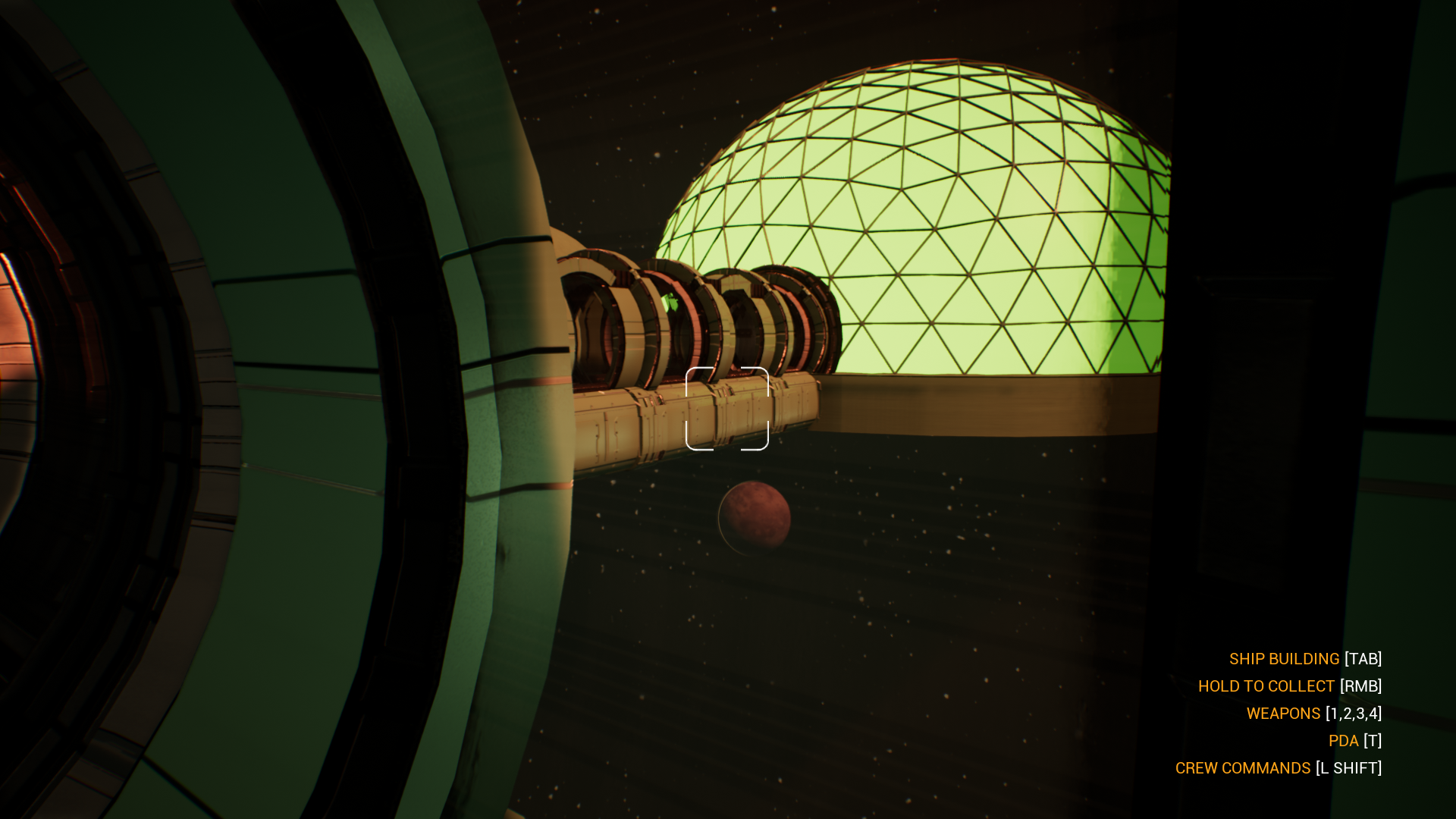 In space, no one can hear you scream. In the crawl space, however, it echoes as loudly as your final, desperate, gunshots.

And it’s this feeling that I’ve wanted a game to capture ever since I first watched Aliens as a teenager. The horror, the desperation, the slow sense that the situation isn’t fixable, and that the mission is doomed. Sometimes this is followed by snatching survival from the jaws of defeat, but sometimes that’s just how it is. As a roguelike, sometimes you just fail and have to start fresh.

Later in the game you can get decontamination chambers and even security areas that can help mitigate these threats and even keep the infestations controlled to areas like the tractor beam and hanger where they can be easily managed. But for me, the game is at its most fun when you’re nervously patrolling the crawlspaces and abandoned rooms of your ship, desperately trying to save the day.

Please, talk to us about Aliens on Twitter at @TrustedReviews. We just love Aliens.