Elder Scrolls Online has pushed its way back into the spotlight ahead of the release of its all-new chapter, Greymoor. The base game didn’t immediately make waves way back in 2014, but it’s a title that has re-imagined and re-invented itself over the years and become a far stronger game than it was on initial release, with a thriving community and more content than ever.

Last year Bethesda announced that ESO had 13.5 million players and since then the count has grown to over 15 million… that’s a pretty good growth rate for a six-year-old game, right? So, what keeps ESO going strong?

Primarily, it’s regular content updates, as the pending release of Greymoor reminds us. Another key to the game’s continued growth though is that it is – by MMO standards – very accessible.

Rich Lambert, Creative Director at Zenimax Online Studios, told Trusted Reviews: “We do our quarterly updates, and we have been doing that for the last five years, which is pretty crazy when you think about it. But I think the other thing that keeps people engaged is that we’re pretty active with our community and we recognise our community and try to do a lot with them.

“That promotes that growth, which is good. The last key contributor to it is our ‘one Tamriel’ system – you can kind of go anywhere, do anything, play with anybody at any time. So it’s easy to kind of pick up, drop in, drop out – and new players can come in and start playing and doing the things they want to do right away rather than having to play through some of the older stuff and always feeling like they’re behind.”

Accessibility is at ESO’s heart. The game abandoned a lot of typical MMORPG mechanics and norms, to deliver an experience that feels more like an Elder Scrolls game. Seemingly Bethesda are hoping that that level of accessibility, twinned with the familiar pull of Skyrim, might bring some new players into ESO when Greymoor is released.

“It’s super new player accessible and friendly,” said Lambert. “We’ battle level’ players to the content, so the content’s all kind of one level, and then players come in, and they get battle levelled to that so. There’s no level separation, there’s no alliance separation, you can just go in and play and then whenever you want to you can play with your friends. If you’d been playing for four years and I just started today, we could play together and make meaningful progress towards our characters, and that’s a huge, huge thing in terms of making the community more tight-knit and making people feel like they’re never behind.” “We launched with kind of the traditional MMO model where everything was level gated, and there was a natural progression,” Lambert said, “but that didn’t feel like Elder Scrolls, so we spent the next two years thinking ‘how would this [alternative system] work, how would we do it and I think we’ve kind of perfected it at this point now.”

Now, the game is a more free-flowing experience, which allows players to explore as and when they feel like it, taking in a wide variety of locations and landscape-types.

Other notable additions, made within the all-new Greymoor chapter, include a re-vamping (if you’ll excuse the pun) of the vampire skill tree. Loads of new animations and skills have been added, to make players who take on the role of a vampire feel all the more sinister and powerful.

The developers conceded that previously, the vampire and werewolf skill trees had been slightly under-developed, but no longer. Lambert explained that, in testing, gamers are already telling his team: “This is the vampire I always wanted to be.”

Lambert said: “When you think vampire you think, I am this kind of agile, kind of sneaky character who feeds on others to gain power. Those are the themes we were trying to create with the new abilities in Greymoor. So they’re going to feel like this cohesive experience and then on top of that we wanted feeding to feel like you’re a vampire, so we went back and looked at it and spent a lot of time creating new custom feeding animations that are a little bit more gory and more visceral, kind of like some of the Dark Brotherhood features. It feels more like you are a vampire now, rather than just being a vampire in name, which is cool.” 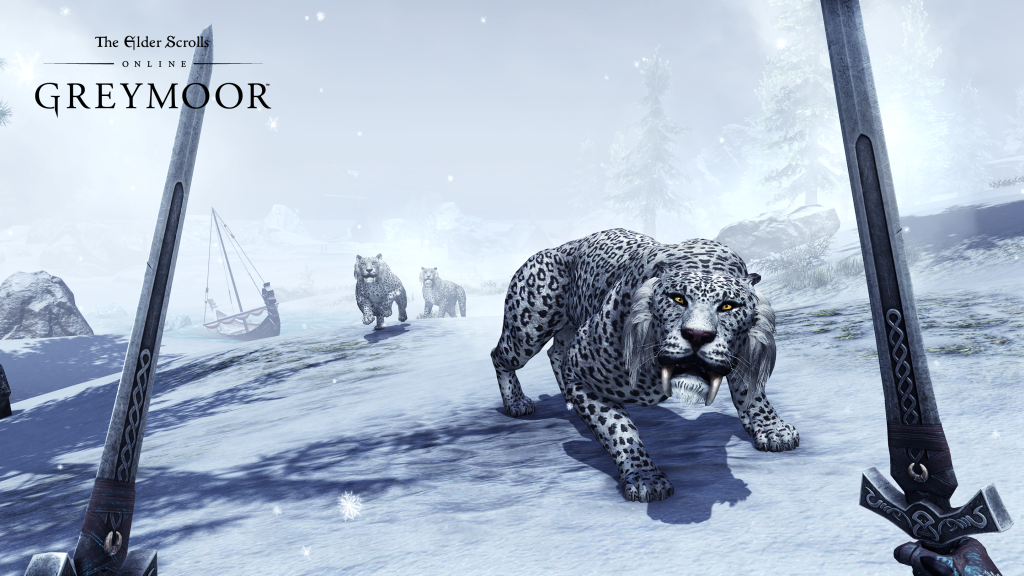 The antiquities system also adds a whole new feature for players. ESO’s Creative Director hopes that it will help some players to re-imagine their place within the world of ESO and provide motivation for more focused, rewarding exploration of the game’s world.

“One of the things that our players have told us over and over and over is that they love exploring the world and they love the lore of Elder Scrolls,” Lambert explained. “So we wanted to kind of come up with a system that allowed players to do that in a more focused way. That was kind of the beginnings of the antiquities system and what it meant, and it’s just been, really over the course of the last year, figuring out how that works.

“I really wanted this to be not just more of the same. Not questing, not killing, we’ve got a lot of that in the game, so how can we come up with a system – kind of like what housing was – where it’s a completely different activity to keep people interested in the game and find new ways to play the game while still hitting those notes of exploration and lore and that’s what we came up with.”

Want to get involved? Greymoor isn’t out just yet, but the related “Dark Heart of Skyrim” storyline began this February in ESO’s Harrowstorm DLC. It continues with the Greymoor, which is arriving on PC and Mac on May 18 and Xbox One and PlayStation 4 on June 2.

ESO Greymoor is already available for pre-order. Follow the applicable link below to pre-order for your platform.