Sony’s dedicated Media Remote for the PS5 console will feature dedicated quick access buttons for some of the most popular streaming services.

According to a reportedly leaked manual for the bundled-in accessory (image below) – which will make it easier to use the console like a set-top box – will feature shortcuts for Disney Plus, Netflix, YouTube and Spotify.

The company revealed the media remote earlier this summer, but official images such as the above currently show no icons on the buttons beneath the playback controls.

The services featured may vary in each territory, but the alleged Brazilian version of the manual shows the four services chosen to grace the remote. We would widely expect those to be replicated in the UK, given the prominence of those services.

The media remote is a decent idea from Sony given how much of a nuisance it can be to navigate streaming services using a DualShock game controller. Sony has already announced it will include a microphone for voice search, quick access to volume and mute controls, as well as the ability to switch TV inputs. There’s also a PlayStation button to turn on the console. 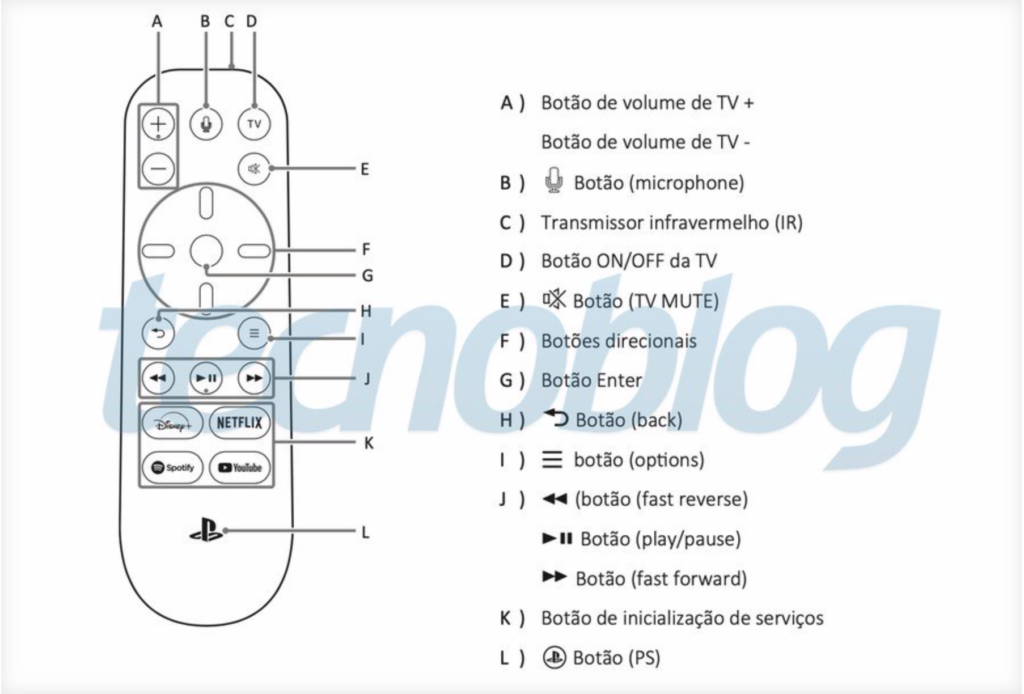 The report in question comes from Technoblog in Brazil, which also speculates the presence of Disney Plus on the button could provide a PS5 release date clue. The reporter points out that Disney Plus does not launch in Brazil until November 17. The logic here is that Sony wouldn’t release an accessory unless the streaming service is already available.

Thus, the logic goes, the console won’t launch before November 17. It takes some mental gymnastics to buy into this theory, but given the Xbox Series S and Series X go on sale exactly one week earlier it’s a guess as good as anyone’s.