I’ve finally been able to spend some time with the console versions of Cyberpunk 2077 after fawning over the gorgeous PC iteration for the past week or so.

While my review was based on the PC version of CD Projekt Red’s epic RPG, I wanted to delve into the game on PS5 and Xbox Series X to see what console players can expect when it launches later this week.

Despite my reservations, the results are relatively impressive across the board, delivering sharp visuals and satisfactory performance in the majority of areas. However, there are some notable compromises on display that are worth taking into account.

Firstly, it’s clear that neither PS5 or Xbox Series X (and their older base consoles) are hitting a 4K resolution, although they do admirably try to achieve a level of image quality that looks excellent on a modern display.

I’ve played the opening hours of Cyberpunk 2077 across PS5 and Xbox Series X, and can say with confidence that Microsoft’s console is the current leader in terms of visuals and performance. Sony’s PS5 has one image output which strives to reach 60 frames per second and a resolution that seemingly fails to hit native 4K.

It runs beautifully, exhibiting a smoothness I honestly wasn’t expecting after being swayed away from the console versions during the review period. Unfortunately, visuals take a notable dip when compared to PC and Xbox Series X. Lower quality presets are being used, which becomes evident in draw distance, shadows and particle effects being rather underwhelming.

Xbox Series X fares much better, largely because you can switch between Quality and Performance modes whenever you like from the options menu. Quality caps performance to 30fps while striving to reach a higher resolution with greater visual fidelity, while Performance aims for 60fps but sacrifices some luscious graphics in the process. 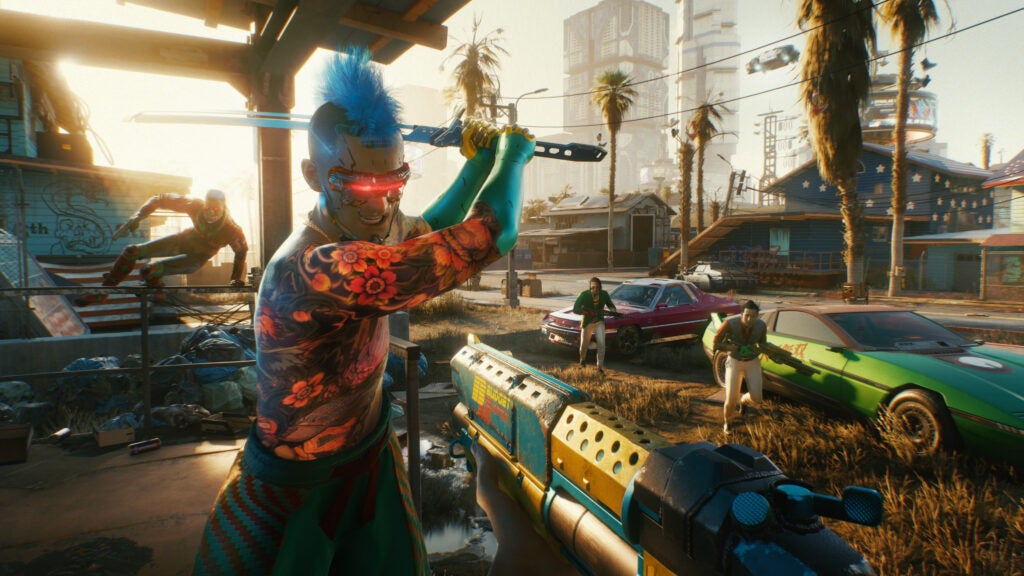 Both modes are great, with each of them looking better than what PS5 is capable of right now. It’s worth nothing these aren’t the next-gen versions of Cyberpunk 2077, but are instead backwards compatible versions of the game. When played on PS4, PS4 Pro, Xbox One and Xbox One X, you can likely expect performance and visuals to be somewhat less consistent – with footage already showing that to be the case.

CDPR is yet to announce when we can expect the official next-gen upgrade, so this is the best console players can expect until further notice. Still, it’s a more than pleasant way to enjoy the game, and will only improve with the arrival of future updates. But right now, Xbox Series X has the edge in a major way, so consumers with that platform under their television should be confident about picking the game up when it launches on December 10.