Cyberpunk 2077 is a fantastic RPG, but has had a rather rough launch across PC and consoles this past week. However, there are some easy changes to make that improve things.

If you’re playing on PC with a powerful machine, Cyberpunk 2077 feels like a genuine next generation experience with its mixture of in-depth gameplay systems and gorgeous visuals.

To truly take advantage of this experience, you will need a beefy rig, especially if you want to marvel at visuals with ray tracing and other such bells and whistles.

Despite its brilliance, the PC version has also experienced a number of issues. Most notably, Nvidia RTX 20 series cards are suffering from major performance drops even at medium settings, which some players believe shouldn’t happen given the system requirements.

Turns out there is a fix, with ThePhoenixRoyal on the official subreddit discovering that some of the config files aren’t correctly set up to monitor your internal specs. So, the game assumes you have less power than is true and isn’t taking advantage of it.

If you’re feeling confident, diving into the Cyberpunk 2077 directory and changing these files yourself is pretty easy, and in my testing made a significant change to performance. I went from getting 40 fps at Ultra/4K to a consistent 60, which is a huge improvement.

To change the files, head over to the following directory: 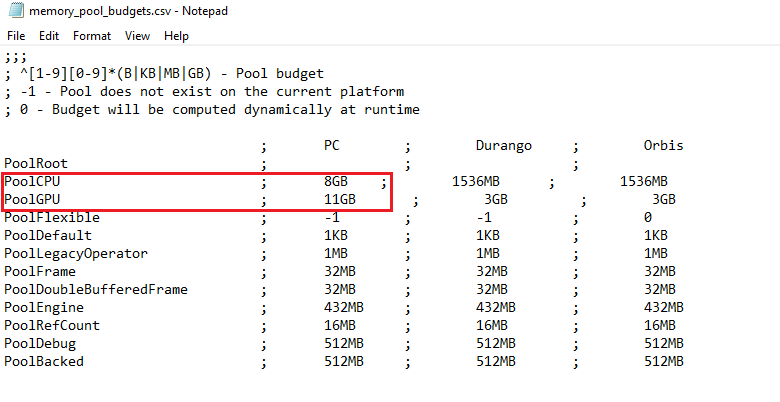 If installed on GOG, simply replace Steam with that client and finding the correct file should be trivial. Once there, open the file using notepad and find the lines of the memory pool referencing your GPU and CPU. It likely isn’t showing the correct parameters, with mine showing a  measly 1536MB for both.

For example, I have 16GB of RAM and an Nvidia RTX 2080Ti, so changed the GPU budget to 11GB. After you’ve changed the memory pool to represent your system, simply save the file and boot up the game. Make sure the game isn’t open when making these changes, otherwise something dodgy might happen.

This isn’t a perfect solution to Cyberpunk 2077’s current tech issues, but an easy way to make the RPG more enjoyable to play until CD Projekt Red deploys more official updates. Are you playing Cyberpunk 2077 on PC? Let us know on Facebook and Twitter @trustedreviews.