Electronic Arts and DICE are leaving Star Wars Battlefront 2 behind with its latest and final update, now gearing up to focus on a new-entry in the Battlefield franchise for release in 2021.

Battlefield 5 was a competent yet unusual entry, not attracting the mainstream attention of its predecessor and fading into the background when compared to Call of Duty. That being said, it remains an excellent time, and has only improved with major updates and the addition of Firestorm – DICE’s spin on battle royale.

We know very little about the next entry thus far, but there’s plenty of things we’d love to see introduced in the upcoming blockbuster shooter.

So, Trusted Reviews has put together everything you need to know about Battlefield 6 including all the latest news, release date, gameplay and our own wishlist of dream features for the sequel.

Some strange teasers have emerged which potentially unveil one of the locations to be featured in Battlefield 6. Battlefield YouTuber DANNYonPC (via GameSpot) suggested in a now-deleted Reddit post that the location was hidden in plain sight since EA Play 2020.

When combined, numbers found on a character model’s nose from a tech demo and the medallion of a legendary skin from Battlefield will lead to a single country: Kazakhstan. Now, this could certainly be a massive coincidence, but the location itself is also awfully specific and could lend itself rather well to the Battlefield franchise.

Electronic Arts has been awfully quiet on the existence of Battlefield 6, with a formal reveal yet to take place beyond brief mentions in quarterly earnings calls. But we know it’s coming, with the next Need for Speed title being delayed to 2022 so Criterion can assist DICE with the ambitious shooter’s development. Knowing this, expect a reveal of sorts in the coming months. 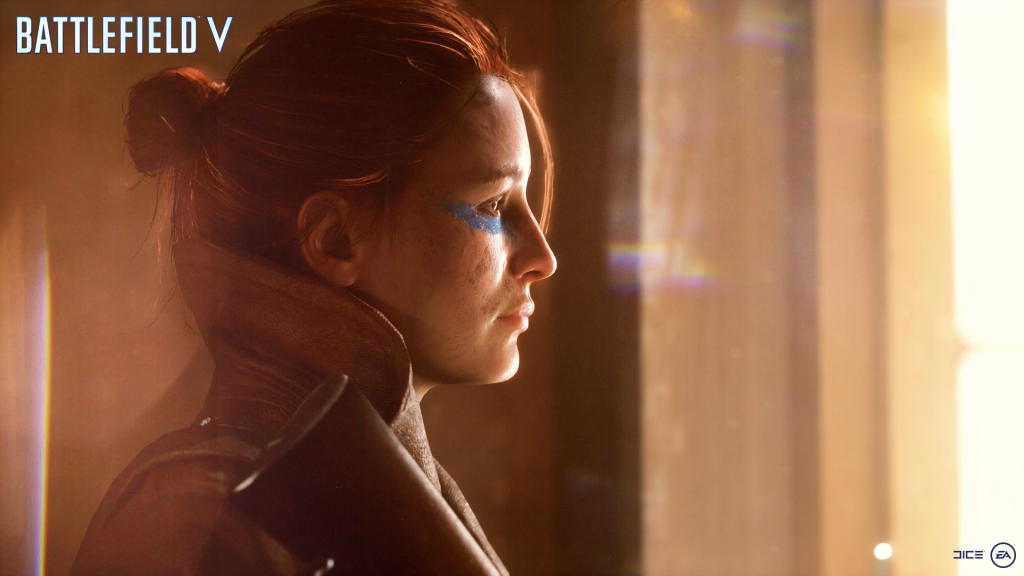 Battlefield 6 release date – when is it coming out?

A concrete release date for Battlefield 6 remains unconfirmed, although Electronic Arts has said it’s planned to launch in the company’s fiscal year for 2022 – which runs from April 2021 to March 2022. Our money is on it launching in the latter months of 2021, acting as a major blockbuster ahead of the Christmas season.

“Bringing out Battlefield [in 2020], where the new console base is fairly small, doesn’t really give justice to the potential of the title, and so that’s part of our driver in moving the title into fiscal 22,” EA said, adding that it hopes to “target new innovation that will be enabled by next-gen platforms.”

Battlefield 6 setting – where will it take place?

Where Battlefield 6 will take players remains a mystery, although we can make a few educated guesses based on what the last of a couple of entries depicted. After taking us through World War 1 and 2, we wouldn’t be surprised if we’re taken to a modern setting or possibly even the Cold or Vietnam War. 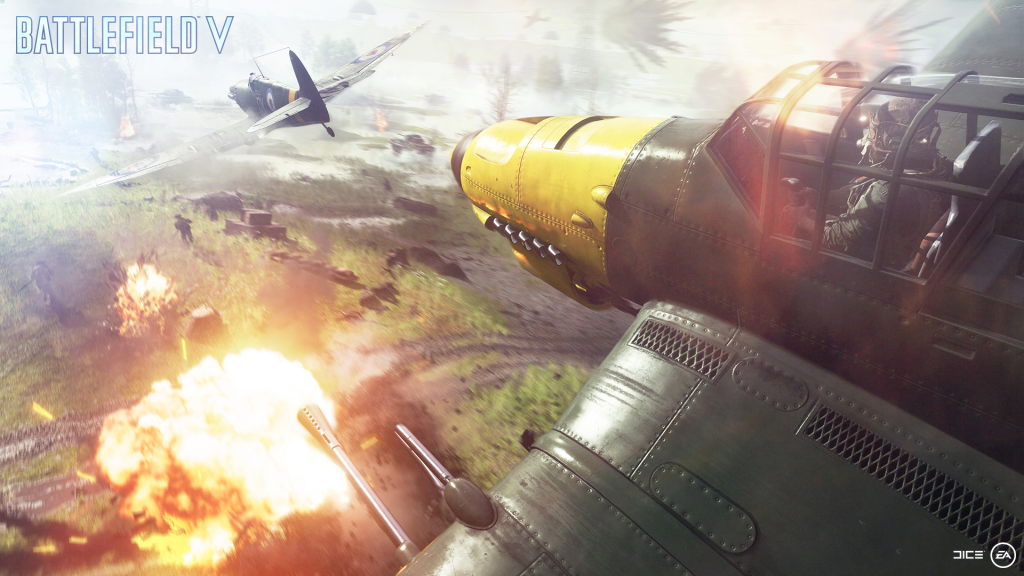 It really is all to play for, although it would be a little awkward if it’s too similar to Call of Duty: Black Ops Cold War. We could even see a more futuristic locale, although such major changes haven’t gone down well in the past with neighbouring franchises (here’s looking at you, Infinite Warfare). It will likely be a while until we hear concrete details, but we’ll be sure to keep you updated.

Battlefield 6 for PlayStation 5 and Xbox Series X – Will it be coming to new consoles?

Electronic Arts and DICE have confirmed that Battlefield 6 is currently in development for next-generation consoles, which is why they’ve decided to release in 2021 once the PS5 and Xbox Series X are a more common sight in the home of gamers.

DICE hopes to “target new innovation that will be enabled by next-gen platforms” in Battlefield 6, which likely involves increased performance, resolution and enhanced visual features such as ray tracing. Battlefield has been an innovator with the latter feature with past entries, and will likely blaze a similar trail here.

Battlefield 6 trailer – is there any gameplay footage?

There’s no official trailer for Battlefield 6 – and likely we won’t see one until 2021 at the earliest alongside a formal announcement of the upcoming shooter. For now, you can check out the latest expansion for Battlefield 5 below:

A longer and more challenging campaign

Battlefield has never done solo campaigns particularly well, sitting in the shadow of competing franchises instead of standing proudly alongside them. War Stories is the closest it ever came to greatness, telling the harrowing stories of multiple characters across a variety of wider conflicts.

These miniature narratives proved compelling, but were far too short to leave a lasting impact. From a mechanical perspective they were little more than a fancified multiplayer tutorial, teaching players mechanics they would use online instead of morphing them into worthwhile setpieces of their own.

We’d love for Battlefield 6 to craft a single-player experience that stands alongside the genre’s greatest efforts, proving that DICE isn’t simply a studio that revels in the multiplayer landscape, but fails miserably whenever its thrown into unknown territory. 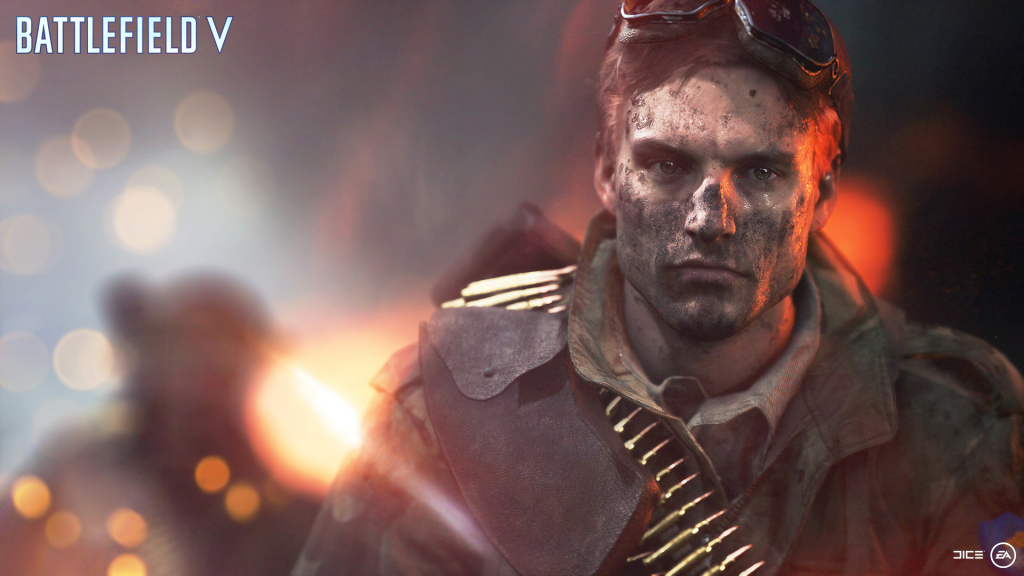 A new approach to battle royale

Firestorm remains a fun mode, but it doesn’t evolve the battle royale formula like Call of Duty: Warzone, Fortnite or Apex Legends. Its very pedestrian, and arguably launched too long after Battlefield 5 to make a large enough splash to attract enough players to remain relevant.

It seemed to leave the conversation quicker than it arrived, a damning statement for such a competitive genre. Battlefield 6 needs to mix things up, either launching battle royale in a free-to-play client or ensuring it’s available at launch and a major part of the overall multiplayer package. Otherwise, it won’t have nearly enough impact.

If you’re playing on consoles, Battlefield has long been burdened by overlong loading screens and a messy user interface with far too many tiers and layers to familiarise yourself with. Here’s hoping that the extra power of next-generation consoles circumvent some of this tedium, or the overall experience is overhauled to be more accessible.