Respawn Entertainment has struck gold with Apex Legends, as the free-to-play battle royale continues to attract millions of players across PS4, Xbox One and PC. It’s positively huge right now, so it’s no surprise that the developers are planning to roll out plenty of new content going forward.

Trusted Reviews has compiled everything you need to know about the Apex Legends Battle Pass including all the latest news, release date, roadmap, trailers and more.

[UPDATE 11/3/2019] The long-awaited Battle Pass Season 1 briefly popped up on the EA Origin store today, before being quickly taken down by the game’s developer Respawn. It appears someone hit a button when they shouldn’t have, causing the expansion to drop before the makers had even confirmed a release date.

Despite the removal of the listing from the store, we now know how much it’ll cost to obtain. The screenshot obtained by a Redditor shows the price at 950 Apex Coins, which is around a tenner in proper money. 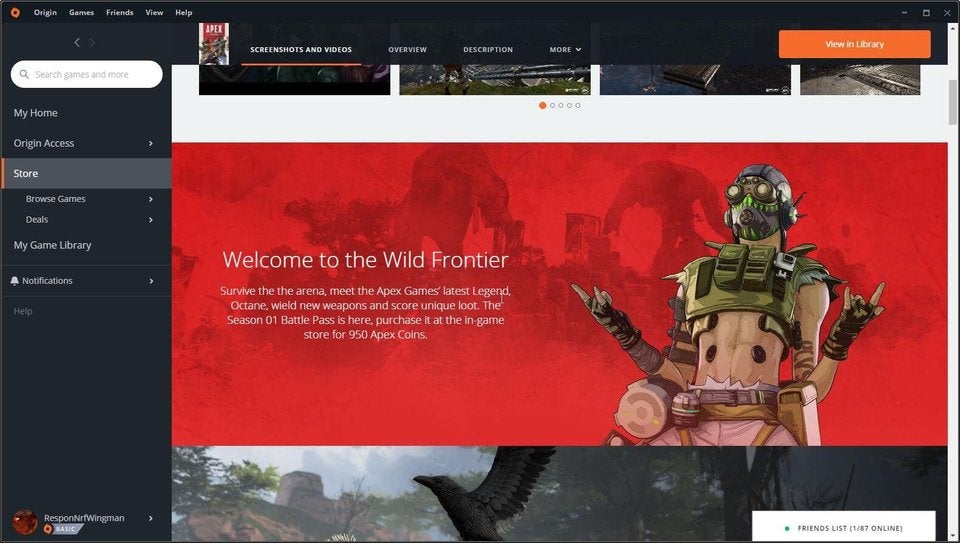 Respawn moved to clarify the situation with a post on Reddit. The developer says Season 1 isn’t coming today, but more details will be announced very soon.

So between the datamining and the unintentional update about Season 1 on Origin today, there’s been a lot of speculation and confusion so we wanted to give some clarity:

Thank you to everyone for staying patient through this and hang tight. We’re excited to get Season 1 kicked off and having you grinding on that Battle Pass with a new Legend to master soon.

A recent report by GamingIntel reveals information that potentially hints at a new hero coming to Apex Legends. The new character, known as Prophet, has been spotted in the game’s files in the form of references to the hero themselves and potential abilities.

According to the datamine, Prophet could possess a new ability known as ‘pre-cog’ which will have an influence on in-game HUD elements. It seems this is short for ‘Precognition’ meaning this ability could be used to predict future events or possibly spot enemy players across King’s Canyon.

Yet another character, known as Octane, was uncovered by crafty dataminers, and we actually have a potential release window for this one. According to the leaked files, once again obtained by GamingIntel, Octane will be dropping into Apex Legends in ‘Week 8’. If this references the game’s release, we could see Octane launching between March 25 and April 1.

While we obviously have no idea how Octane will look, we do have a few indications as to what his/her abilities will be capable of. It seems Octane will be in possession of a stimpack which would provide players with health regeneration, increased movement and reload speeds. Sounds a lot like Titanfall if true. 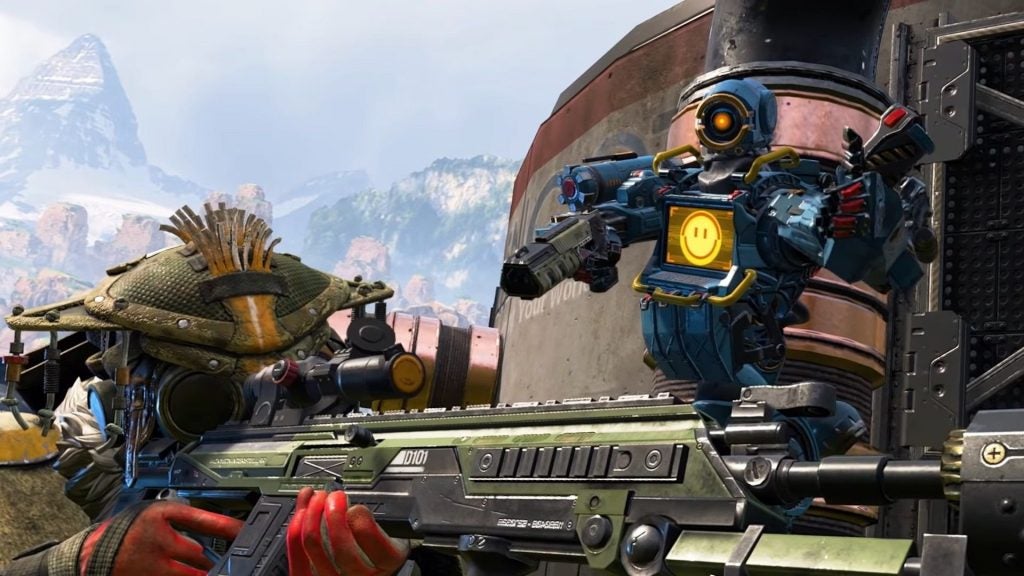 Apex Legends Battle Pass – What is it?

Much like Fortnite and PlayerUnknown’s Battlegrounds, Apex Legends is set to adopt a Battle Pass when its inaugural season of new content begins in March. It’s likely that it will implement new cosmetics, banners, voice lines and skins for each of the game’s legends.

If it does follow the Fortnite formula, players will have access to free and paid variants, the latter offering you a head-start on levelling up alongside a cool array of unlockable bonuses.

This monetisation model works wonderfully for free-to-play titles, and we’re eager to see it added into Apex Legends so our victories come with an extra slice of rewards.

Apex Legends Battle Pass release date – When is it coming out?

Respawn Entertainment has confirmed that Apex Legend’s Battle Pass will launch in March 2019 alongside the beginning of Season One. A specific date hasn’t been announced, but this will be the start of a very long roadmap for the battle royale title. 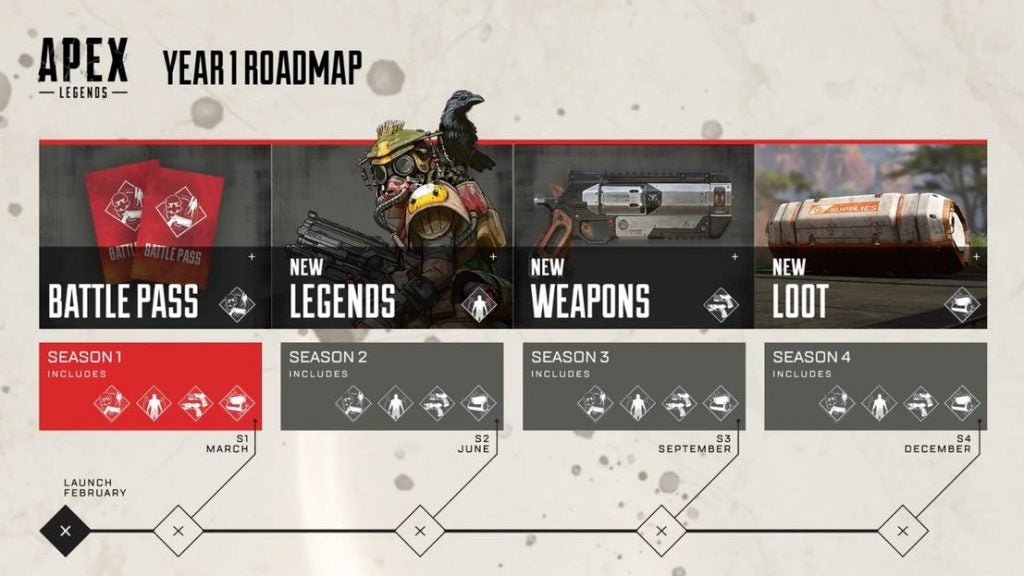 You can check out a detailed image of the roadmap above alongside a handy list we’ve written up below:

Each season will arrive with a mixture of new weapons, skins, loot and more. Exactly what this content will be remains unknown, and likely be unveiled in greater detail ahead of each season kicking off.

Are you looking forward to the Apex Legends Battle Pass? Let us know on Facebook and Twitter @trustedreviews.