Already itching for Game of Thrones Season 8? So are we. Here’s everything you need to know about the next Game of Thrones series, including confirmed details on the 2019 Game of Thrones season 8 release date, cast, plot, trailers, plus the latest news from the cast as HBO confirms the finale will feature multiple major character deaths.

Beware – here lie spoilers! If you’re not completely up to date with the show – or you don’t want to find out details about the final season of Game of Thrones, however speculative – then read no further. You have been warned.

HBO has kindly released the final trailer for the final season, which offers a tantalising look at what lies ahead in the final six, extended episodes that will air weekly from April 14 2019.

The two-minute clip sets the scene for the series climax and gives a little screen time to all of the major players in The Great War. Here we also get the first look at The Golden Company, who are seemingly on their way back to Kings Landing to assist Queen Cersei in her quest to maintain control of The Iron Throne.

There’s also confirmation that two beloved characters may have survived what appeared to be a catastrophic demise at the climax of Season 7. It also appears that Jon Snow is poised to fulfil his as-yet-unknown ancestral destiny by piloting a dragon.

Without further ado, here it is:

If that’s not enough, read on for all the latest Game of Thrones season 8, news, rumour and release dates – bearing in mind our above warning about spoilers being below!

Related: How to watch Game of Thrones seasons 1-7 online 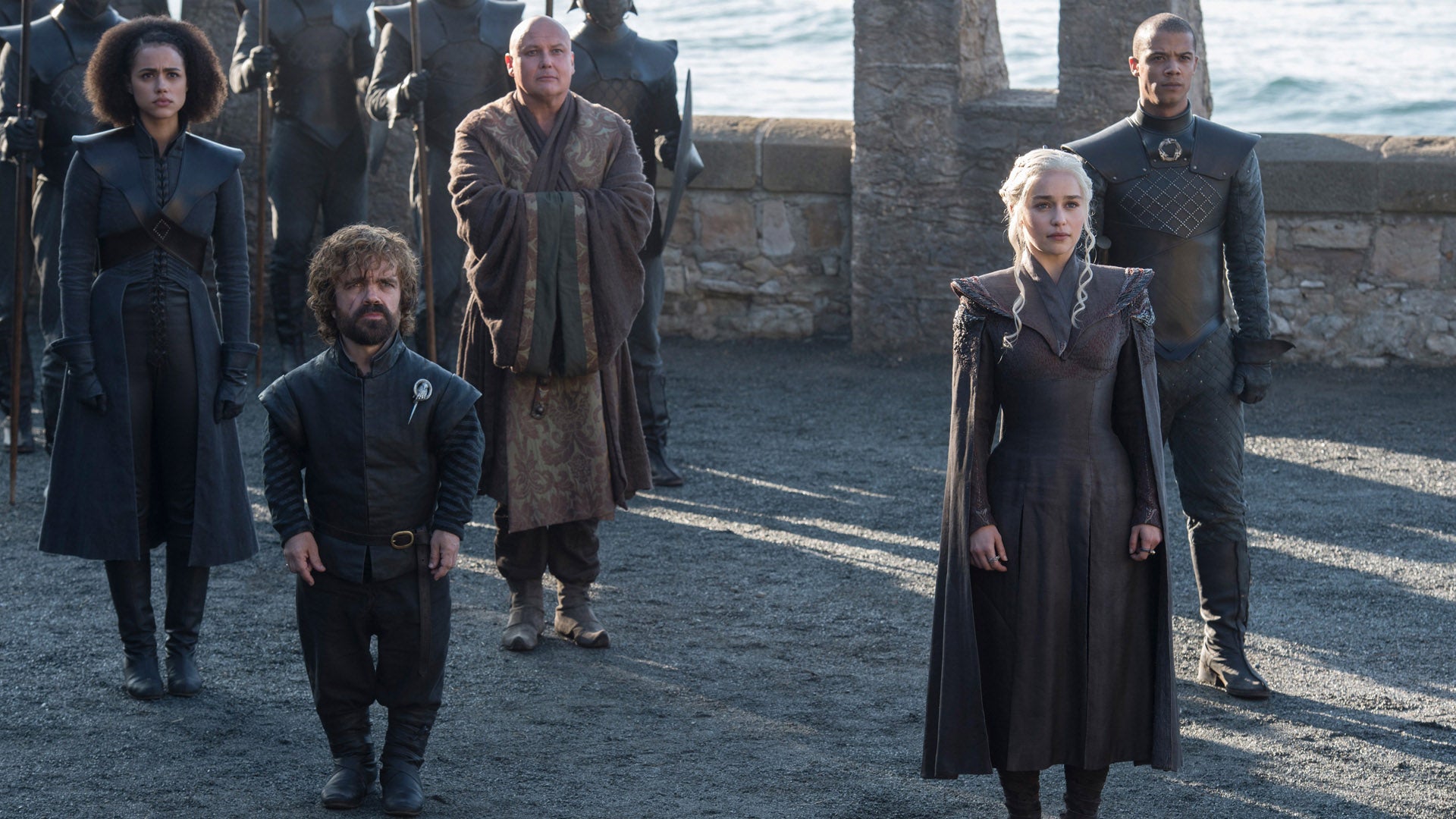 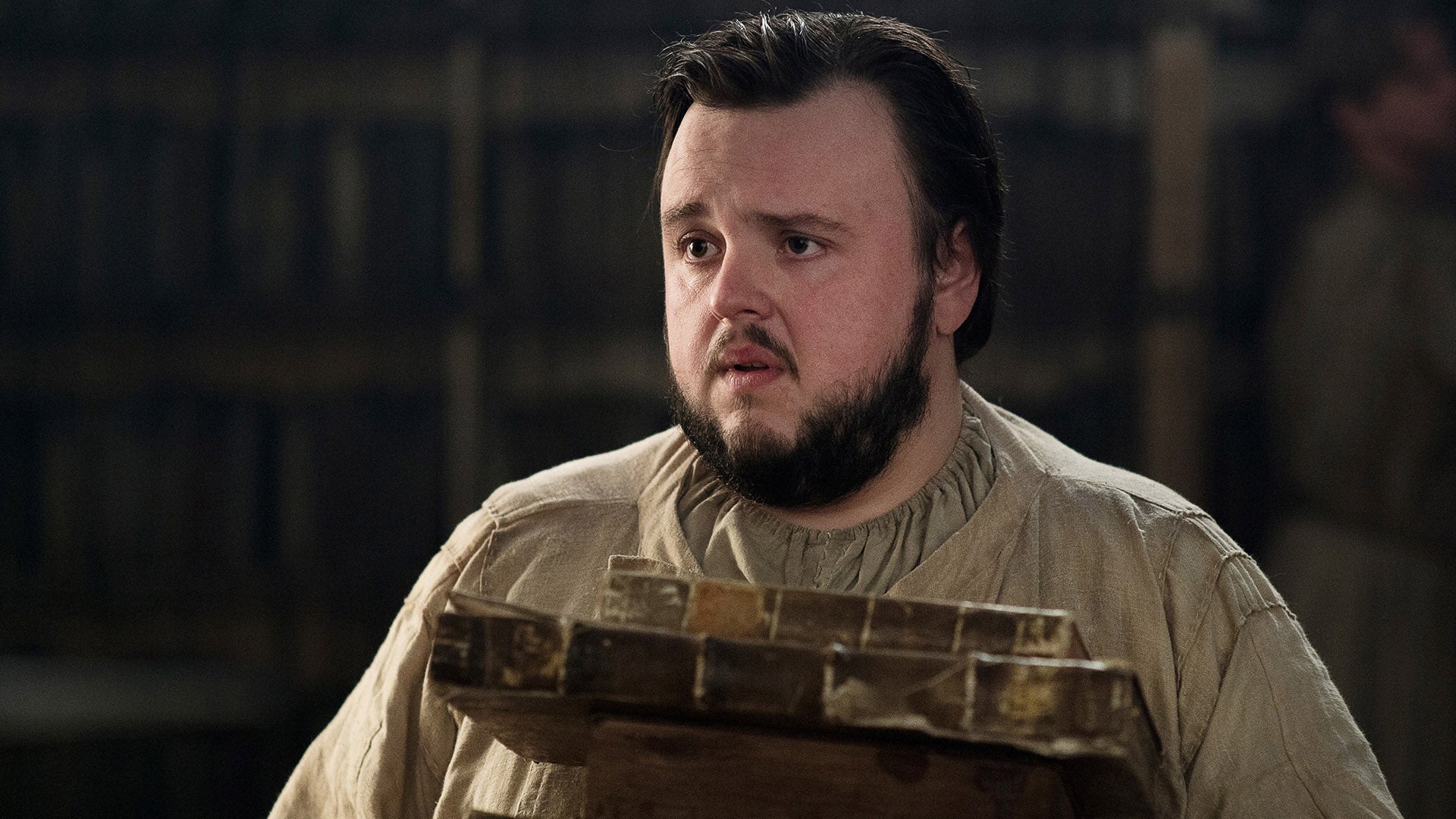 Westeros addicts will have noted the first Game of Thrones Season 8 teaser landed months ago, as part of HBO’s preview of its line-up of returning shows.

Somewhat predictably, the fleeting look at Game of Thrones season 8 caused the biggest stir on the internet, even though the new footage runs to under five seconds. It shows Kit Harrington’s Jon Snow embracing sister Sansa Stark (played by Sophie Turned) at Winterfell, though the pair’s latest reunion looks far from happy.

A number of GoT fans have highlighted the distant gaze in Sansa’s eyes, which some are interpreting as a sign of discord between the two.

All in all, the footage of HBO’s 2019 shows runs to just one minute and 40 seconds, with hits like Big Little Lies (entering season 2), True Detective (season 3), and Veep (season 7) also featuring. Have a watch and see what you think

Game of Thrones season 8 is scheduled to land on April 14 2019 in the form of six feature-length episodes, after which it’s farewell to Westeros as we know it – but not for good, as no less than five GoT spin-off shows are planned. More on that later!

A few months later came the proper teaser trailers, of which there have been two. First came ‘Dragonstone’ in December 2018. The atmospheric teaser saw ice sweep across a map of Westeros, with winter encapsulating The North and all else before it.

However, it is met by a roaring fire from The South, bringing us a metaphorical preview of the final battle between the elements.

Next up, in January came the ‘Crypts of Winterfell’ teaser which brings all of the stark children face to face with the tombs of their ancestors, while confronting the ghosts from their past.

Game of Thrones know a thing or two about putting on a battle scene, but according to GoT fan blog Watchers on the Wall, we ain’t seen nothing yet.

Remember the Battle of the Bastards? It instantly went down as one of the entertainment world’s all-time greatest fight scenes, but guess what? It took less than half the time to shoot as season 8’s incoming battle at Winterfell!

We now know (or are at least pretty sure we know) this thanks to an Instagram post by Jonathan Quinlan, a Game of Thrones assistant director, who went social with a heartfelt thank you note from ‘The Producer Types’ to the wider crew members.

It reveals revealed that the Game of Thrones season 8 shoot for the battle of Winterfall lasted for 55 consecutive nights. To put that into context, Battle of the Bastards clocked in at 25 nights, so we’re tempted to believe GoT’s Producer Types when they say we’ll be watching “something that’s never been done before” when season 8 gets underway. 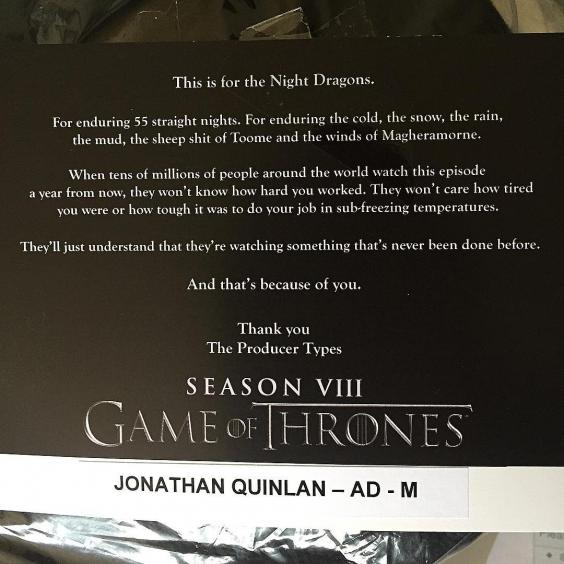 Only one of the five commissioned Game of Thrones spin-off series’ will actually make it to the screens, the president of HBO has confirmed.

The unofficially-named ‘Golden Age of Heroes’ prequel from Jane Goldman is in active development with the pilot scheduled to begin shooting at the start of 2019. However, there are “no plans to make any others at this point,” according to Casey Bloys, who is the head of programming at the prestigious US network.

Bloys explained it commissioned many ideas for development with the idea of finding one exciting project to move forward with. He added (via Indiewire): “The reason we did multiple scripts, in the development process, [we knew] out of five we’d be lucky to get one we’re excited about.”

The story, which has been written by Jane Goldman and GoT author George R.R. Martin, is set thousands of years before the events of A Song Of Fire And Ice.

Earlier this year HBO revealed the prequel show “chronicles the world’s descent from the golden Age of Heroes into its darkest hour. And only one thing is for sure: from the horrifying secrets of Westeros’s history to the true origin of the white walkers, the mysteries of the East to the Starks of legend… it’s not the story we think we know.”

Speaking of Game of Thrones, Bloys says the final series will likely air in the first half of 2019, but the network hasn’t set on a date just yet. At least if it is, the company isn’t telling.

Elsewhere, Bloys also made reference to the noteworthy comments from WarnerMedia’s CEO John Starkey, who had suggested HBO needed to increase the volume of programming available on the network to compete with Netflix.

Bloys added: “There are no plans to dilute the HBO brand in favor of volume of programming. No one has asked us to not do what we do which is curate excellence.”

Now, read on for all the best Game of Thrones season 8 fan theories – here are the most concrete revelations so far.

Game of Thrones Season 8 Episodes: How many episodes will there be and how long will they be?

Until recently, all Game of Thrones seasons were 10 episodes strong. But the most recent run – season seven – came with just seven episodes in tow.

Unfortunately, season eight will have even fewer, with viewers promised a grand total of just six episodes for the final season. It’s likely, however, that at least some of these episodes will be longer than a typical 48-minute airing – expect high-budget, feature-length goodness. 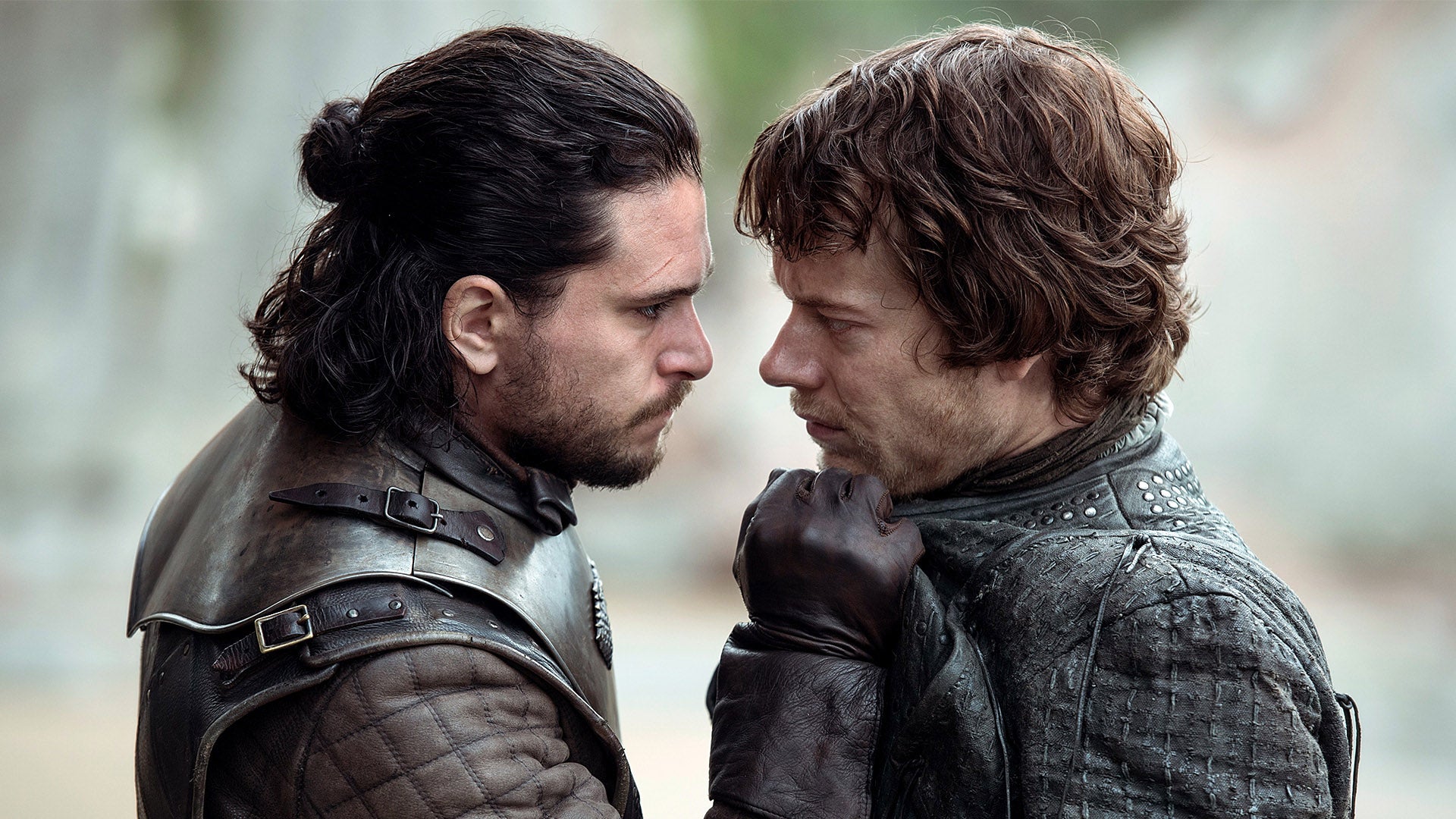 The Hollywood Reporter writes: “Game of Thrones showrunners David Benioff and D.B. Weiss have all six episodes mapped out and are working in tandem with the production team to determine a schedule that makes sense for the sweeping fantasy drama and its sprawling cast.”

The first episode will be written by Dave Hill; the second episode will be penned by Bryan Cogman; and showrunners Benioff and Weiss will divide up the remaining four. Importantly, Thrones author George R.R. Martin won’t be scripting an episode this season, breaking tradition. 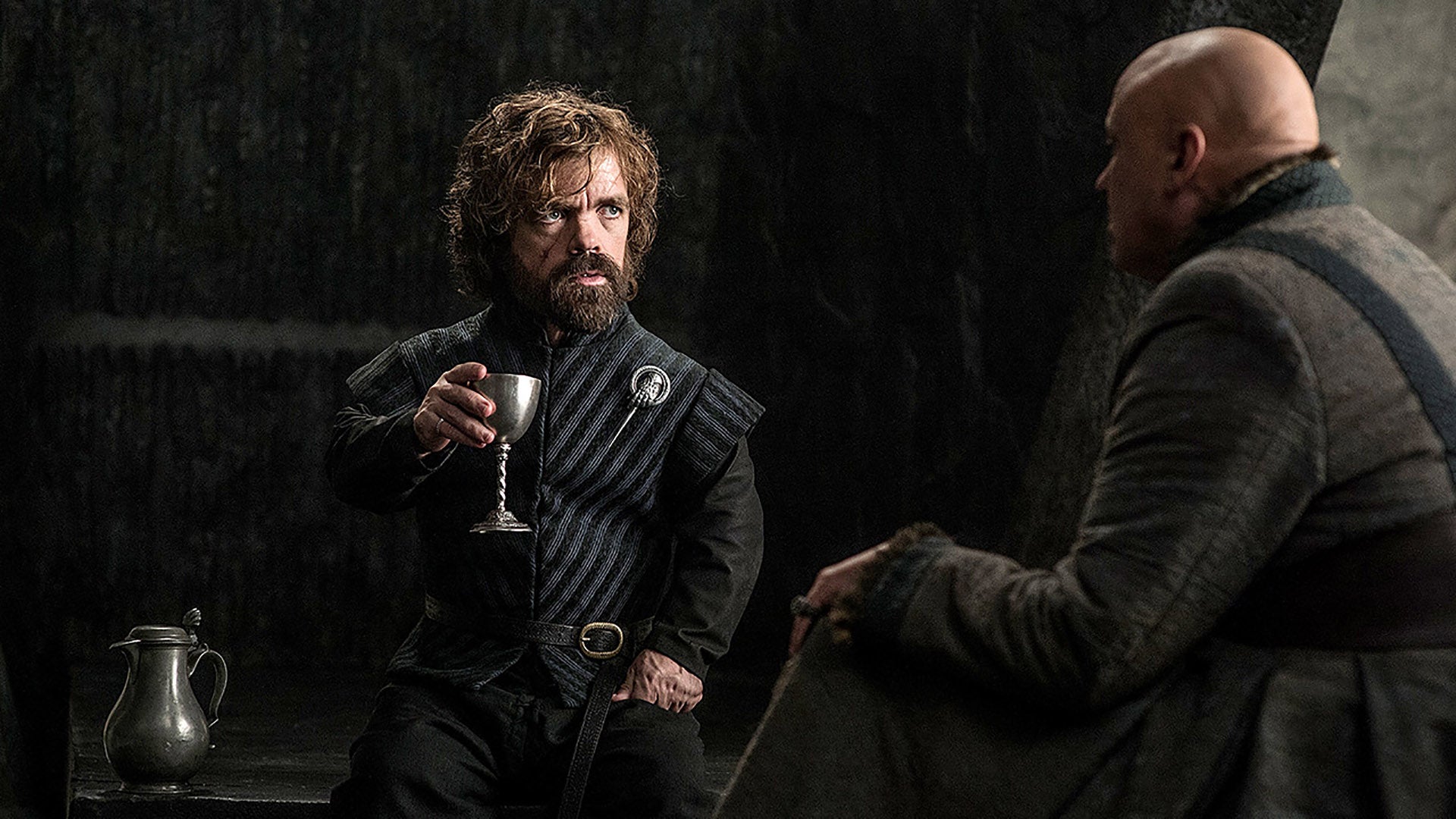 Game of Thrones Season 8: Is this really the final season?

Yes, Game of Thrones season eight is absolutely the last season. The TV series is based on a (currently incomplete) series of books, and so has a definitive ending that was determined long ago and already shared with the Thrones series showrunners.

However, the good news is that HBO is currently looking into five potential “successor shows”, which could be prequels, sequels, or current timeline spin-offs. Stay tuned. Game of Thrones Season 8 Plot: What’s next for the story?

The story so far

Here are some key events from where we left off in season seven: 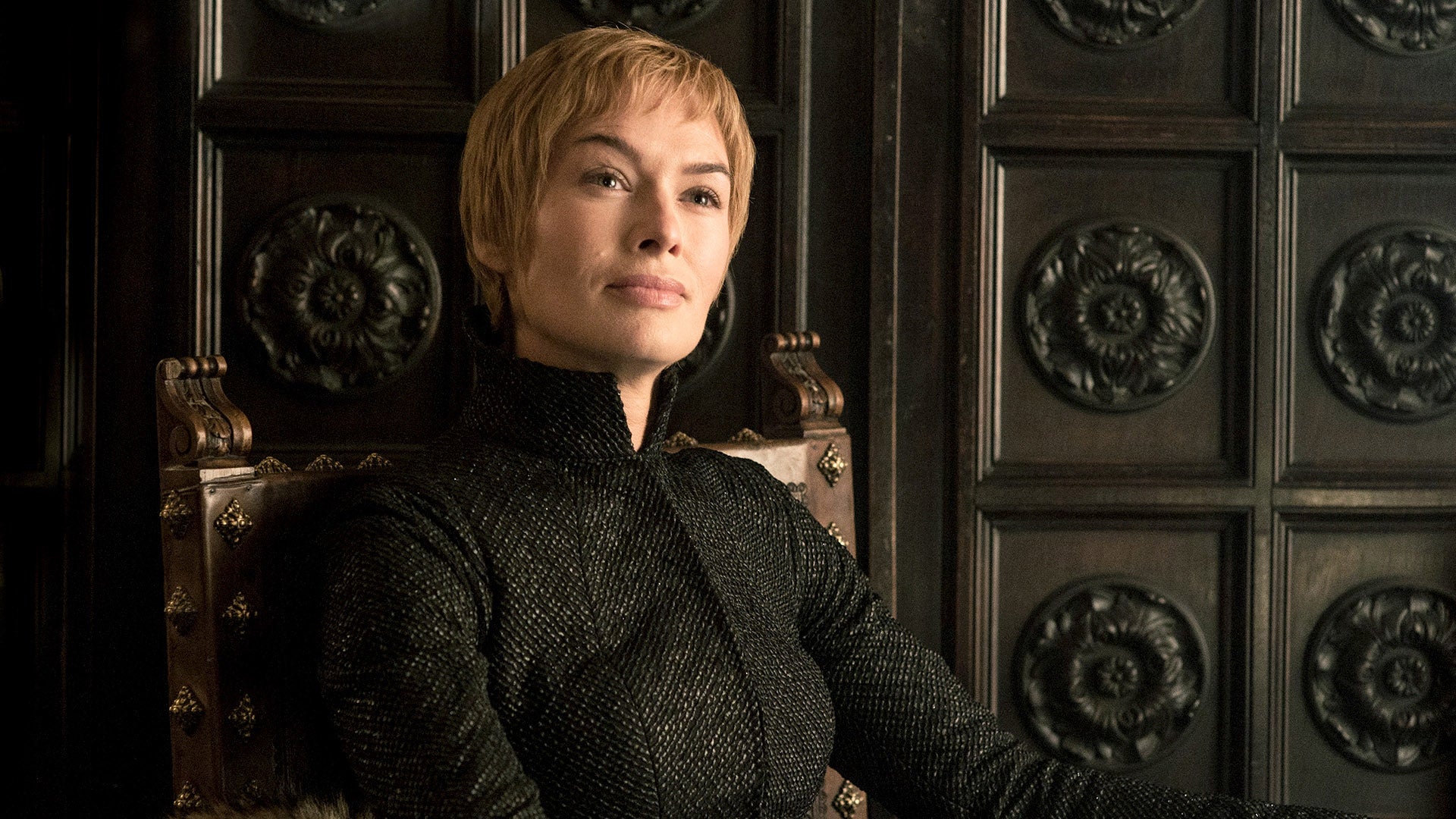 So what’s happening next season? Well, no plot details have leaked thus far, so it’s tough to say. What makes it even more difficult is that season eight is based on an outline of the two final novels in George R. R. Martin’s series, A Song of Ice and Fire – neither of which have been published yet.

The most significant thing we’ve heard so far was from HBO President of Programming Casey Bloys, who recently revealed an interesting tidbit about Game of Thrones season 8 while speaking at a US university.

According to Bloys, the final series of Game of Thrones will shoot multiple endings in a bid to thwart hackers. HBO, as you may be aware, suffered a number of high-profile leaks during season 7.

That’s great news for those of us who hate spoilers. 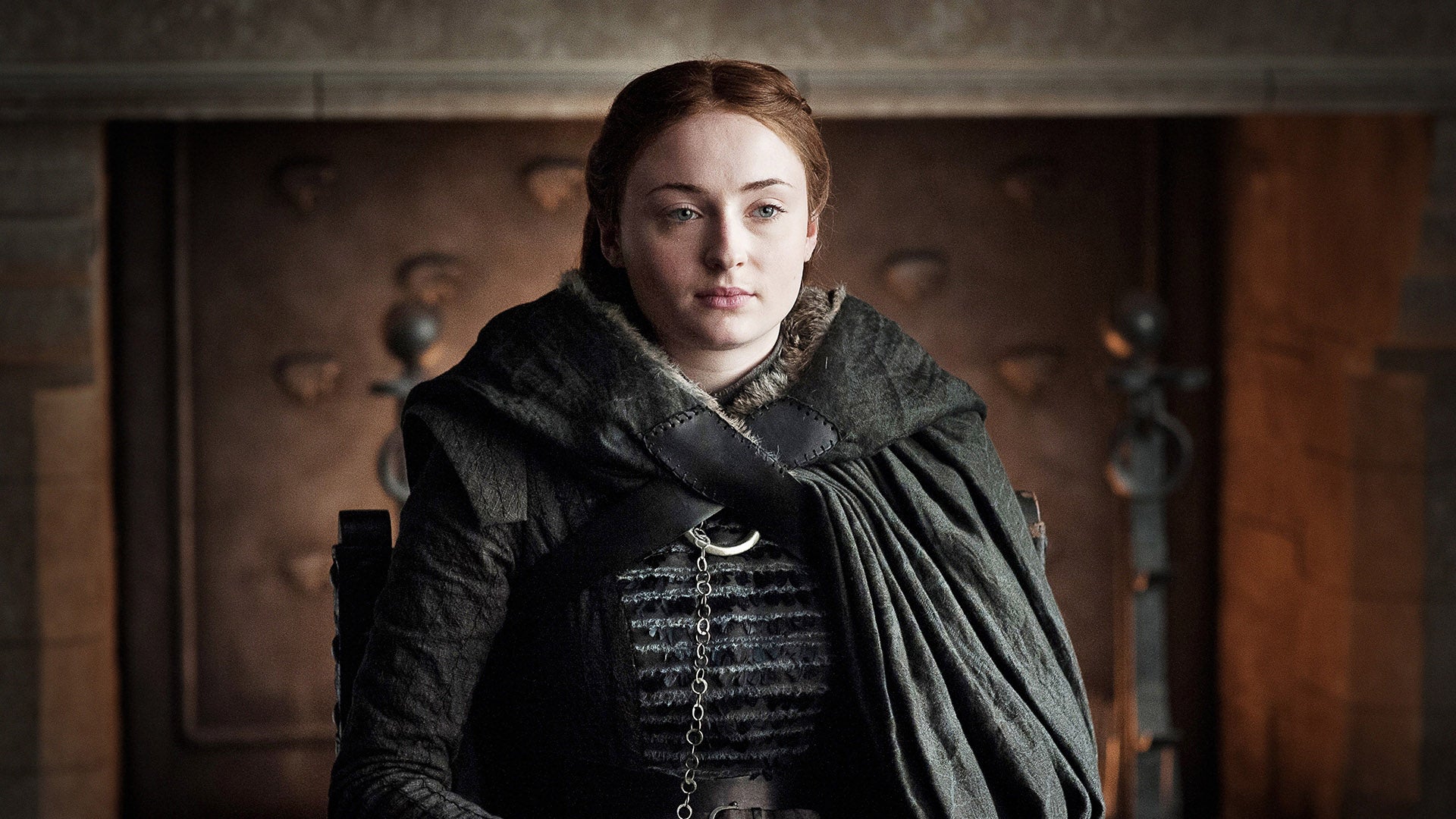 The following cast members have been confirmed as returning starring and guest-starring cast:

And in September 2017, it emerged that Game of Thrones producers were casting for two child actors. One role is described as “Northern Girl”, and is expected to be filled by someone aged between eight and 10. The second role is for a boy aged eight to 12 with a “fit and agile look”, according to Thrones site Watchers on the Wall. 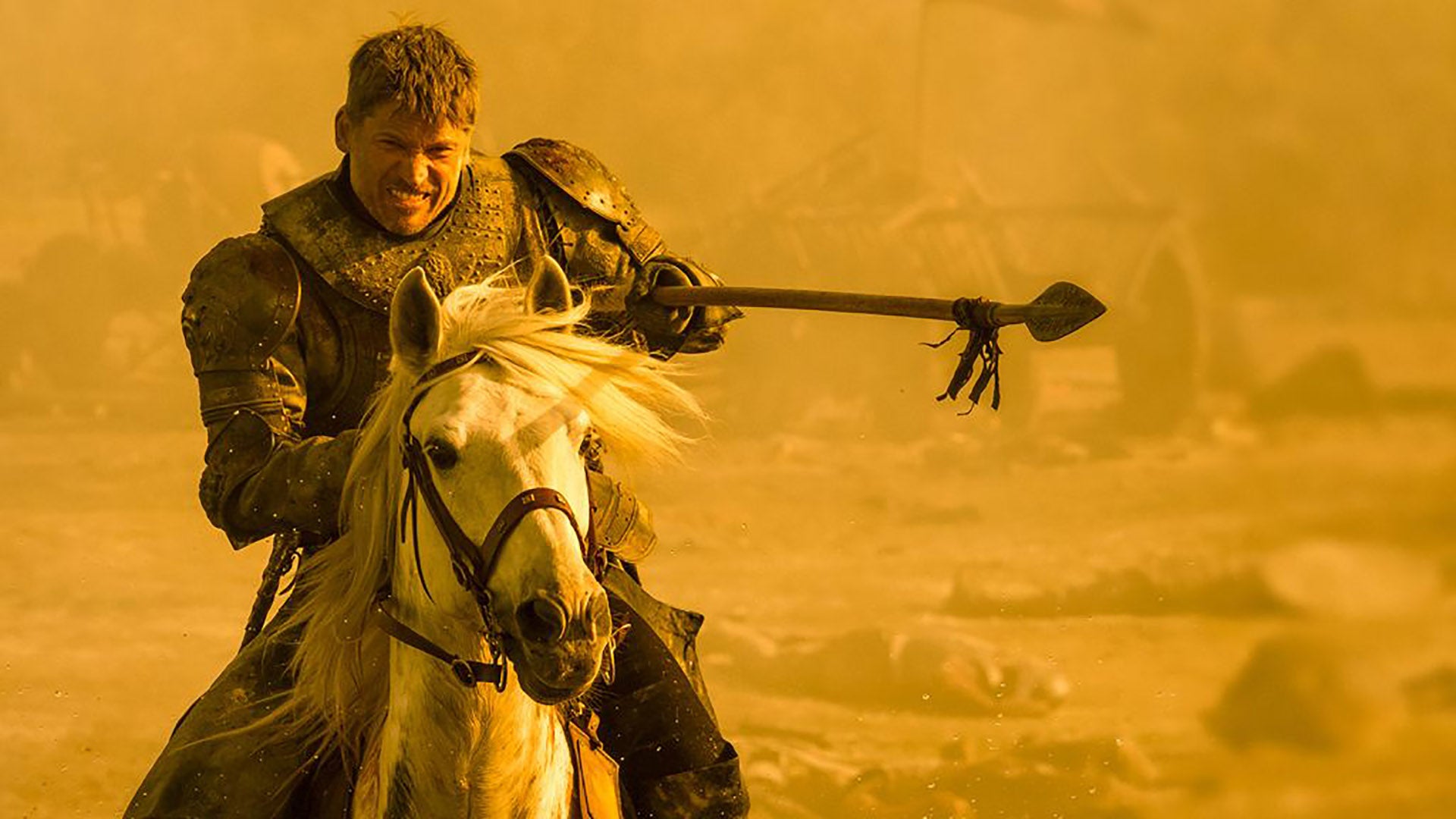 Who’ll end up on The Iron Throne? Share your Game of Thrones season 8 predictions by tweeting us @TrustedReviews.