Don’t deny it – your life is now Game of Thrones. Winter is here, and for Game of Thrones fans, that means catching the latest episode of season 8 as it happens – and we hope we can help.

After a triumphant return to our screens in episode 1, and suspense building episode 2, Game of Thrones season 8 is set to reach new heights of deathly awesomeness with episode 3 tonight.

Why? Most likely because the long-awaited battle between the living and dead is expected to see a number of fan favourites killed off. Jon Snow, Daenerys, Tyrion, Jamie Lannister, Sansa and Arya Stark – everyone’s neck is on the line in episode 3.

When it debuted all the way back in 2011, few could have expected that Game of Thrones would quite capture the imagination the way it has, but then does anyone care right now?

The fact is, Game of Thrones season 8, episode 3 is all anyone will be talking about around the water cool on Monday – and if you haven’t stayed up to watch it last night, you risk having the action spoiled for you!

Whether you love dragons, zombified white-walkers, or good old fashioned fantasy heroes, Game of Thrones season 8 has something for you. With both the Iron Throne and future of Westeros itself at stake in the final six episodes of Game of Thrones, we’re sure you want to watch all the action alongside us.

First, though, a little taste of what to expect.

Game of Thrones season 8, episode 3 will air in the UK on Sky Atlantic at the same time airs on HBO in the US. That’s 9pm US eastern time on Sunday, April 21, but 2am in the wee hours of Monday, April 22 here in Britain.

This isn’t great timing for those with commutes to look forward to tomorrow, but here’s a tip – once the episode has aired, it’ll be available to stream on NOW TV, so you could set the alarm early and watch Game of Thrones season 8, episode 3 with your morning coffee and still catch that train!

You’ll also be able to catch-up with the events of Game of Thrones season 8, episode 3 on Monday night at the more sociable hour of 9pm BST, also on Sky Atlantic.

The good news is that – for many existing Sky subscribers – streaming Game of Thrones season 8, episode 3 doesn’t cost anything extra.

That’s because of the pay TV provider’s Sky Go app, which can be easily downloaded and installed on virtually any modern device – including smartphones, tablets, laptops, PCs and more. 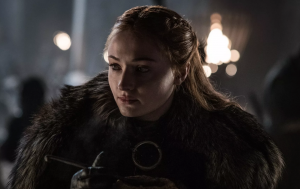 Alternatively, a 3-month pass – which will cover not only streaming Game of Thrones season 8, episode 3, but the entire season – is also on offer for a limited time for just £17.99, which is 25% off the normal price.

And as we’ve said, there’s a great benefit in that streaming on NOW TV is available immediately, so you can watch the latest episodes without burning the midnight oil here in the UK!

Who will survive the battle in Game of Thrones season 8, episode 3? Share your predictions with us on social media @TrustedReviews.

By James Laird
Contributor
James is Trusted Reviews' former News and Features Editor and has written about the technology industry for nearly 10 years across sites including The Sun, TechRadar, Gizmodo, and Lifehacker. Now free…