Now that Jon Snow knows he’s actually a Targaryen and Jamie Lannister has officially received the death stare to end all death stares from Bran, it’s safe to say we couldn’t be more excited for Game of Throne season 8, episode.

When it debuted all the way back in 2011, few could have expected that Game of Thrones would quite capture the imagination the way it has, but then does anyone care right now?

The fact is, Game of Thrones season 8, episode 2 is all anyone will be talking about after the bank holiday weekend – bugger the warm weather, chocolate, and even your nan’s roast lamb.

Whether you love dragons, zombified white-walkers, or good old fashioned fantasy heroes, Game of Thrones season 8 has something for you. With both the Iron Throne and future of Westeros itself at stake in the final six episodes of Game of Thrones, we’re sure you want to watch all the action alongside us.

First, though, a little taste of what to expect.

Game of Thrones season 8, episode 2 will air in the UK on Sky Atlantic at the same time airs on HBO in the US. That’s 9pm US eastern time on Sunday, April 21, but 2am in the wee hours of Monday, April 22 here in Britain.

Thankfully, many of you might not have work tomorrow, so roll on the coffee and beer!

You’ll also be able to catch-up with the events of Game of Thrones season 8, episode 2 on Monday night at the more sociable hour of 9pm BST, also on Sky Atlantic.

The good news is that – for many existing Sky subscribers – streaming Game of Thrones season 8, episode 2 doesn’t cost anything extra.

That’s because of the pay TV provider’s Sky Go app, which can be easily downloaded and installed on virtually any modern device – including smartphones, tablets, laptops, PCs and more. 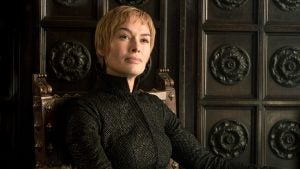 Alternatively, a 3-month pass – which will cover not only streaming Game of Thrones season 8, episode 2, but the entire season – is also on offer for a limited time for just £17.99, which is 25% off the normal price.

For the TV event of the decade, it’s well worth it.

Share your Game of Thrones season 8 predictions with us on social media @TrustedReviews.