It’s looking increasingly likely that Samsung will embrace the notch with the upcoming Galaxy S10.

A new batch of images used by Samsung in a design patent have been spotted by LetsGoDigital, and the pictures show off a handset with an edge-to-edge display and a curious-looking hole in the top-left corner.

The images were submitted to the Hague International Design System, according to the report, and the patent application consists solely of visual material, and no text.

The application includes more than 50 slightly different smartphone designs − some have rounder corners than others, some have curved edge displays − but all of them feature an edge-to-edge screen that integrates a selfie camera in the upper left corner. 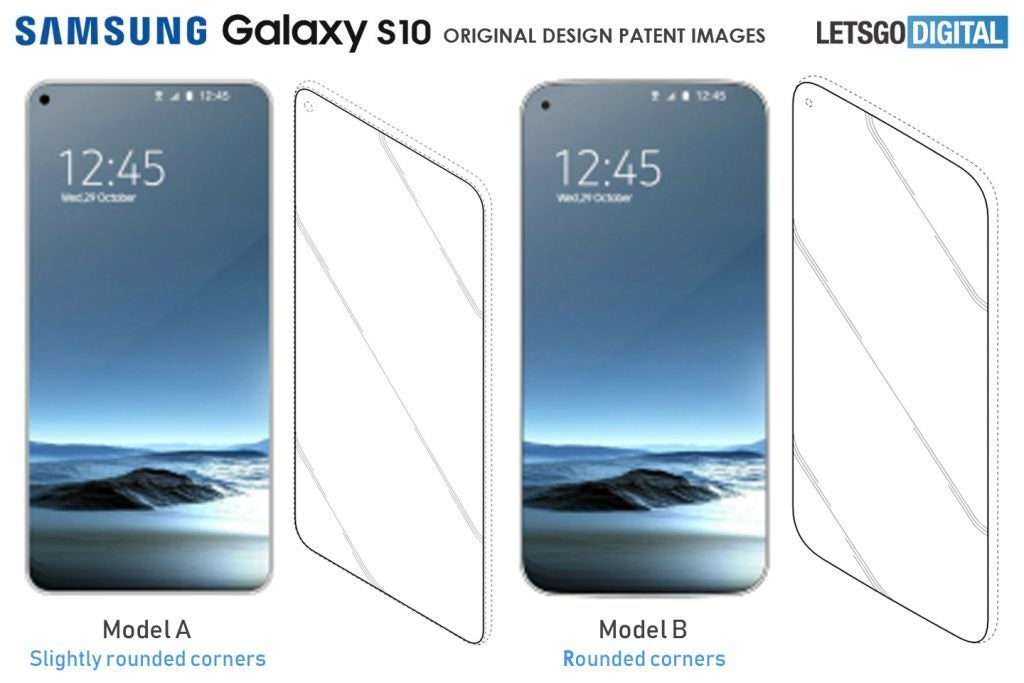 It may not look like any other notch we’ve seen so far, but it’s still a notch.

These designs match most of the S10 rumours we’ve come across in recent days.

The word on the street is that Samsung’s next flagship smartphone will feature an ‘Infinity-O display’ − something that was briefly showcased at SDC last week − which just so happens to be a near edge-to-edge display with a small, circular hole positioned near the top of it.

It’s likely that the S10’s front-facing camera will sit inside this display hole, and that the handset will also feature an ultrasonic in-display fingerprint scanner.

Previous reports have alleged that Samsung is planning to release at least three S10 variants: a standard model, a cheaper model and a 5G model.

And it’s likely that the successors to the Samsung Galaxy S9 − however many we get − will arrive in February 2019, almost certainly at Mobile World Congress in Barcelona.

Is the screen notch a deal-breaker for you, or do you like the look of the cutout Samsung appears to have settled on? Share your thoughts with us on Twitter @TrustedReviews.