Samsung is continuing to lower the entry level for 5G smartphones with the launch of the Galaxy A42 5G handset.

During the company’s Life Unstoppable virtual event, the company announced its latest mid-range A-Series device. Not all of the details are known yet, but it’ll launch later this year rocking a 6.6-inch OLED device along with the next-gen connectivity.

Samsung says it will have a “unique modern design” with a quad camera array and a single-lens teardrop camera in the centre of the display. It’ll be available in black. We’re not sure how much the device will cost, but we expect it to undercut the exceptionally affordable Galaxy A51 5G, which costs a very reasonable £429.

The rest will depend on the specs Samsung chooses to pack into the Galaxy A42 5G, but we’ll be looking for this to come in at around £350-£400. The A51 5G is one of the best value propositions in the smartphone world, so it’s great to see Samsung bring 5G compatibility to more and more users.

Elsewhere during the virtual event, Samsung announced a new wireless charging pad capable of charging three devices at once – a Galaxy smartphone, Galaxy Watch and a charging case for the Galaxy Buds.

It won’t be lost on anyone that this is the path Apple stepped away from with the AirPower charging solution, so it’ll be interesting to learn what Samsung has done differently. No word on the price and release date for this accessory either. 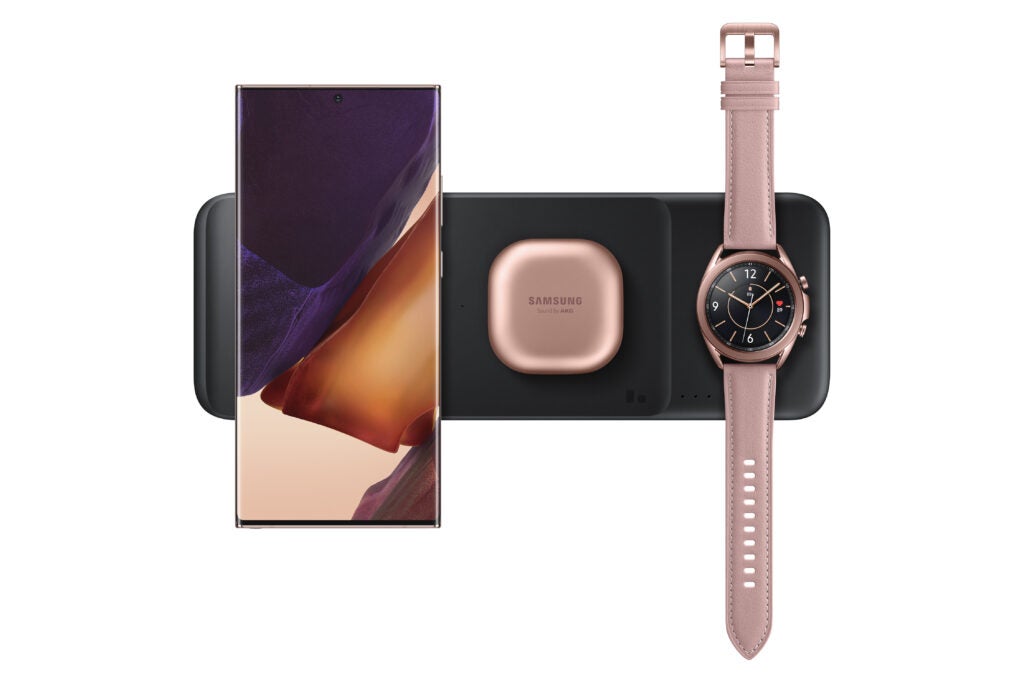 At the virtual IFA event, Samsung also confirmed the launch of the Galaxy Tab A7, an entry level tablet with a 10.4-inch screen, as well as an updated Galaxy Fit2 fitness tracker.