As we all aim to get ever closer to the elusive tier 100 Dire skin, it’s time once more for a new set of challenges. For the Season 6 Week 3 challenges we’ll be reviving teammates, throwing tomatoes at people (because why the heck not?) and trying to run as fast as we can from Risky Reels to Wailing Woods.

This week also sees the return of the Timed Trials. If you missed them the first time around, these tasks have you racing through checkpoints in an allotted time. If there anything like the last batch, there’s a chance you’ll need patience and a certain amount of planning. If you’re asking yourself where exactly all the Timed Trials are, don’t worry, Trusted Reviews has a compiled a quick and easy guide that will help you complete Fortnite Season 6’s third week of challenges.

Revive a player in different matches 0/5

More easy challenges. If you regularly play duos or squads, this will unlock naturally, but you may need to revive teammates while also defending against other players. If you’re looking for an easier solution, head over to 50v50. Players go down a lot, and there’s normally enough space between you and the enemy team to build a one-by-one around your revive and resurrect them without any opposition.

This is a staged challenge, so we’ll have more details later today. For Lonely Lodge, there are several chests hidden in the upstairs walls of the main house, but every man and his Bonesy will be going for them. Instead, it may be worth aiming for the smaller huts and checking the roofs. Just run up to the huts, jump, and if you hear the chest hum, you’re safe to build up and smash the roof. The other staged locations that need searching this week are Retail Row, Snobby Shores, Fatal Fields, and Pleasent Park.

The damage trap, for those who aren’t aware, is the spike trap. This one may sound difficult, but there is a tried and tested method.

Once you’ve found a trap, head inside a house through the front door. Ready the trap and place it directly above the front door. Next head back outside and close the door behind you. Make as much noise as possible, and when someone starts to engage with you, leg it back into the house; slamming the door behind you to hide the trap. Your victim, as they always do, will chase after you and run straight into the trap as they enter through the door. Emoting afterwards is entirely optional. 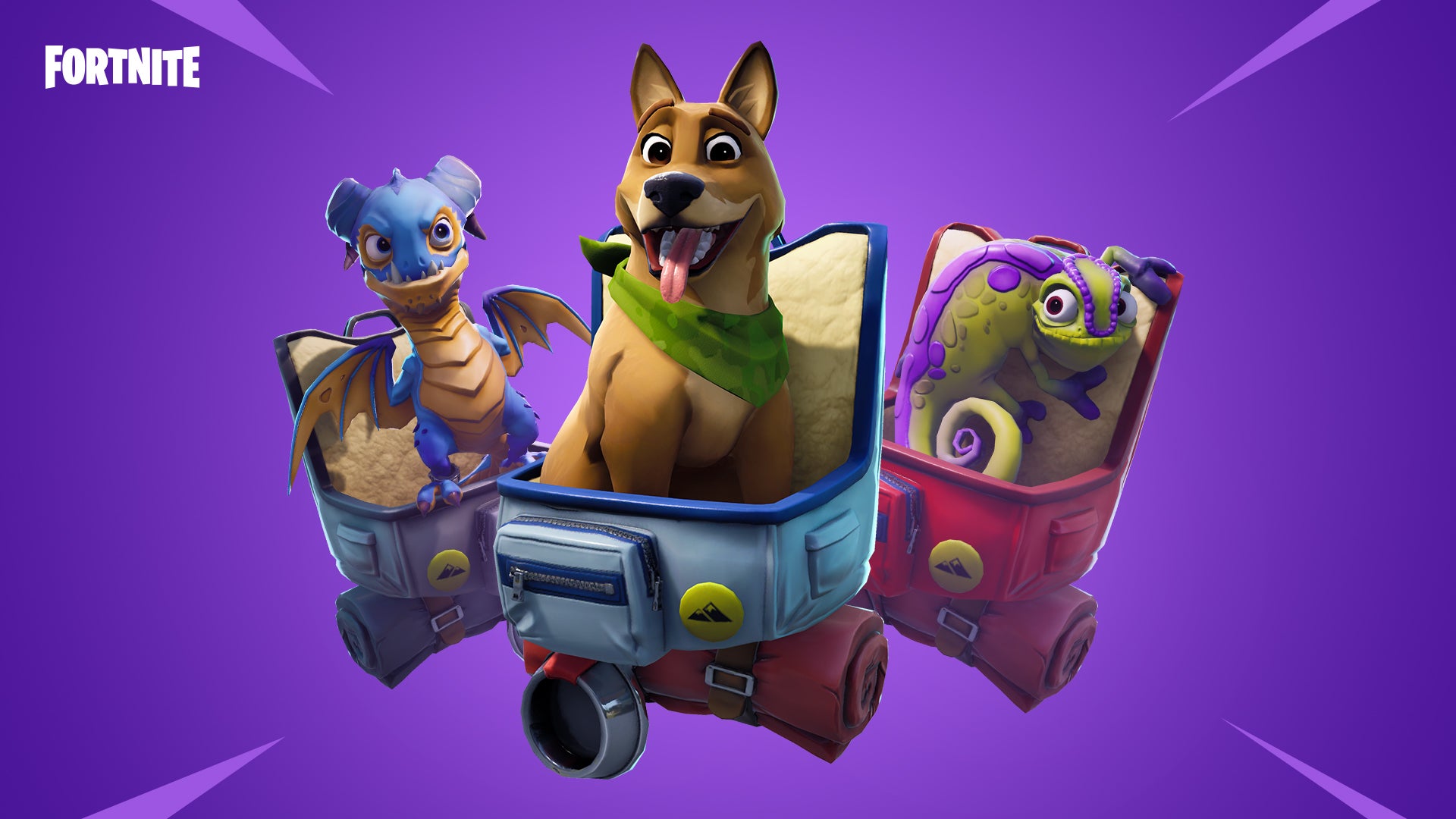 Another easy one, although this will mean having to fight out of one area then fight into the next. Or, you know, grab an ATK from Lazy Links and just drive through both areas. Minimal fighting, minimal fuss. For the other areas, the ATK method works, as does using rifts (or rift in a cans).

This is will be a lot easier if you down your opponent first, walk back a short distance, then lob a tomato at them. It’s also definitely worth setting your emote at the start of the match. That way it’s just a case of pressing a button rather than having to cycle through all the different emotes to find the one you need. 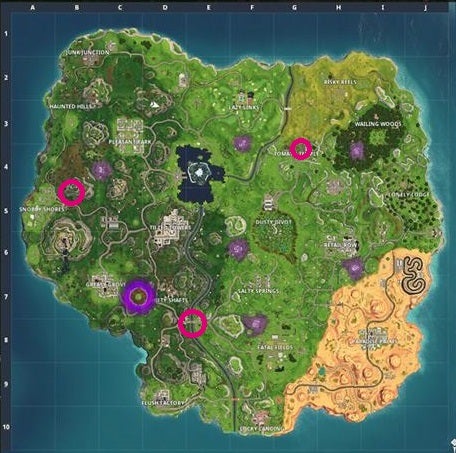 Timed trials are fairly easy once you know what you’re doing. The trick is to try it out first, then place ramps before restarting the trial. That way all you need to do after you hit start is run a pre-made course. This goes without saying, but 50v50 will make this challenge much, much easier to accomplish. The fewer enemies the better.

Eliminate an opponent in different matches 0/10

Kill, kill, and kill. Experiment with which game mode nets you the higher chance of at least one kill and spam that 10 times. Saying that, it’d probably be best to ignore this challenge and just play the game as you normally would. It’ll happen naturally, and you won’t need to get stressed if you play a match with zero kills.

If you’ve still yet to complete last week’s challenges, we’ve got a guide for that. Or, if you’re all up to date, have you heard about the Deep Freeze Bundle coming to Fortnite?