While there have been plenty of comparisons between the Concept UFO design and the Nintendo Switch, the big differentiator is also the most exciting thing about the Alienware device – bringing PC gaming to handheld. But, could it replace a desktop or home console?

I recently spoke to Global Messaging and GTM Lead for Alienware Eduardo Goyanes and Engineering Technologist in the Advanced Solutions Team at Dell Kevin Turchin about the Concept UFO, and asked: Just who would the Concept UFO be aimed at? Could a device like this be the centre of a gamer’s world, or merely an add-on? Eduardo Goyanes cleared things up.

“I don’t think there’s a single answer. I think some gamers, some people, use their technology more on a portable … level and some gamers are hardcore about maintaining a desktop-level experience.

What’s great about UFO is that there are different ways that you could experience it … Again, because it’s a Concept, we’re able to visualise and think and dream up these different ways of using the product … I think we are speculating but it could shift where the answer to your question is “yes, this is the centre of your gaming experience”

But, at the end of the day, it depends on what gamers want to do, what they want and what their gaming life looks like.” 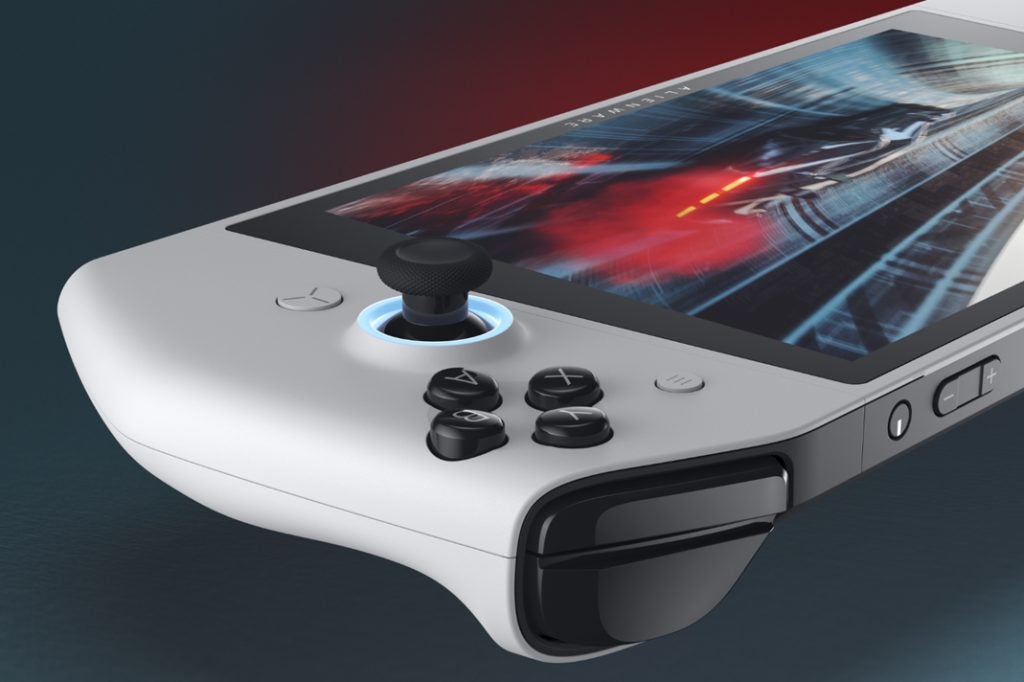 Alienware will have a tough task winning over punters who are more used to high-end, spec-focused experience but, for those who are willing to make sacrifices in that area, who knows? Eduardo concluded:

“Would Concept UFO have the capability to be the centre of your gaming experience? Yeah, it would.”

So, while the Concept UFO is an exciting idea in its own right, it doesn’t sound like Alienware thinks this concept could replace the likes of your RTX 2080-sporting PC. However, for the right person, maybe you wouldn’t need any other device in your gaming world.

This is the second of a series of articles stemming from my interview with Global Messaging and GTM Lead for Alienware Eduardo Goyanes and Engineering Technologist in the Advanced Solutions Team at Dell Kevin Turchin.

Stay tuned to Trusted Reviews for a story on someone who may have wanted the Concept UFO more than anyone else as well as a transcript of the full interview.