Anyone who watched last year’s E3 presentations is likely to remember Jason VandenBerghe. The man stood proudly on stage during Ubisoft’s press conference, every word he uttered about his project, For Honor, oozing passion and pride.

Sat in the crowd, I was captivated. His unbridled enthusiasm made me want to know more about the man behind the game. Thankfully, then, I recently had the chance to chat to For Honor’s creative director ahead of its launch – and it’s clear that fire burns brighter than ever.

At E3, For Honor was practically the finished product – a flashy trailer presented a great concept of an incredibly polished experience – but For Honor’s inception actually came many years before. 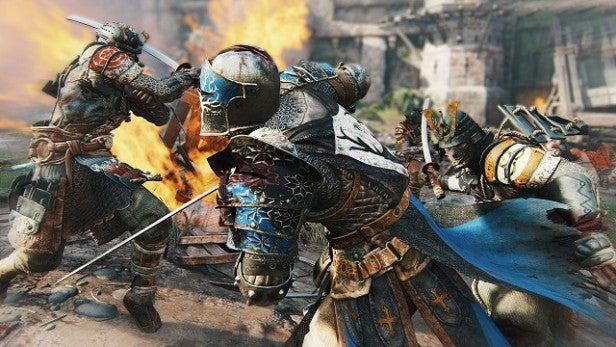 “The idea [of For Honor] was created 15 years ago,” Jason reveals. “I took a course in German longsword, because this has always been one of my pastimes. The fighting system was so cool, so clear and had this cool idea within it. I thought, ‘Could we take this system and apply it to the controller?’”

After the idea came the details, and having finally got the green light to start developing the game, there came a debate fitting of a schoolyard.

“When we got the go-ahead to make this game, that was when the factions came in. We started asking, ‘What would we play, and who will we be?’ We’d have these discussions and people would advocate for their favourites. They were really passionate for their particular factions. After a while I started to think, ‘This passion is exactly what we’re looking for and this is the argument I used to have on the playground – this is the “who would win in a fight?” argument.’ So I turned to my producer and said, ‘What if we just did all three?’”

With the debate so hotly contested, I questioned why they stopped at just three factions in the game. Surely the team would jump at the chance to stick more into the mix… But VandenBerghe didn’t give too much away.

“Of course there’s potential [for more factions], but right now we’re really focused on getting the first version out. It’s hard to overstate that we really don’t know what to expect, it’s such a new experience, and the audience response has been great, but there’s nothing to compare it to. So once we’ve flipped on the switch and we can see who is playing and what they’re looking for, I think we’re gonna know a lot better what we can expand it to. What I love about the game is there are so many ways we can expand it, and of course we’re going to want to do that.” 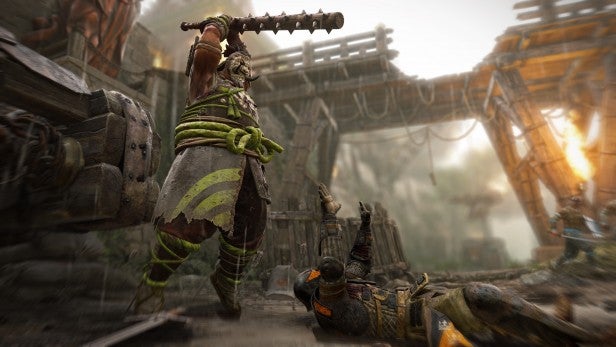 So the passion within the team to improve and expand upon the base content is there, which then of course leads to the approach of monetisation beyond the up-front fee. It’s a sticking point of modern gaming for many players, but the price to purchase a game is rarely all you need to pay to get the full experience – particularly when it comes to triple-A titles that have high development costs.

There does seem to be a pattern emerging, borne out of MOBAs and other free-to-play titles: make map content free to keep the player-base together, whilst charging smaller fees on more superfluous items, such as skins.

Other Ubisoft titles have adopted this sort of approach with success – in particular Rainbow Six: Siege, which is now in its “Year Two” Season Pass. All maps for the game are free to download, but the season pass entices players with the likes of XP boosts and early access to content. VandenBerghe says For Honor will adopt a similar approach.

“I think it’s about picking the right model. As you say, Rainbow’s works really well. We are also going to have free map updates as well, when we release our season [which Ubisoft announced on the day of the interview]. It’s clear there are right ways and wrong ways, or should I say there are ways that you can break the model for people, but we’re at a point in the evolution of our knowledge of game design where we now know where the pitfalls are.” 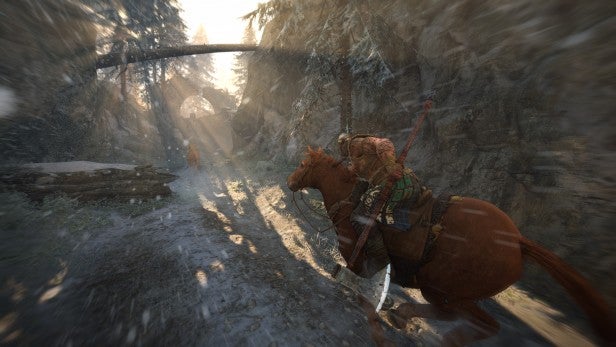 Jason goes on to discuss how For Honor’s setup makes the implementation of a microtransaction business model easier, thanks to its RPG elements.

“The nice thing about For Honor is it has enough extra stuff. It’s a gear game, it has armour and weapons and heroes, there’s a lot of stuff we can leverage, and so it’s challenging. But that’s the gig, that’s what our players are hoping for and expecting and we have made sure that we’re not going to divide the community. The universal content will be free, the players will be able to engage with the game long-term, regardless of how much of the extended content they’re buying.”

I can already predict there being some anger at VandenBerghe’s answers to the question, but to be mad is to neglect the realities of modern game development. I don’t want to defend the inclusion of microtransactions, but to attack their existence ignores the benefits of including plenty of free content for players, which is arguably more crucial to the game experience than a new helmet or shield decoration.

The likes of Rainbow Six, Halo 5 and Titanfall 2 have all adopted the approach of free map packs, while the likes of Call of Duty stick to a rigid system which sticks playable content behind paywalls and divides the community. Clearly, this new “fee-plus-extra” model is still being figured out. 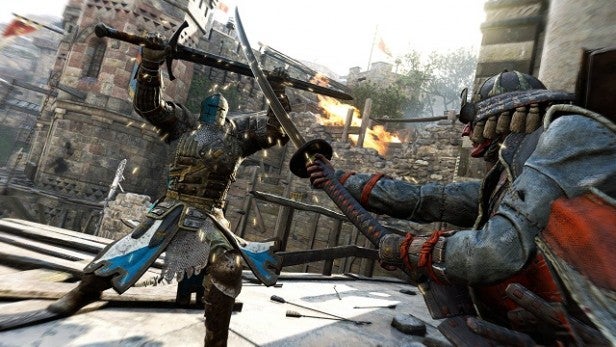 With For Honor arriving on PS4 (with PS4 Pro support), Xbox One and PC on Valentine’s Day, I asked about the impending launch of Nintendo Switch, and if VandenBerghe and his team would consider bringing the game to it, or indeed working on another title for the home/portable hybrid console. The answer was that it would be unlikely.

“It’s not something that we’re focused on. We’ve been in development on For Honor for a long time and the question of ‘Will this game work?’ is the big thing. I just want to get the game out on the core platform and see who plays it. Once we’re there and we’ve established if we’re successful, then I think we can look at where we’re gonna go from here. It’s weird, but it’s not even a question we’re addressing right now.”

Considering the visual fidelity of For Honor, it’s unsurprising to see it skip a Switch version, but with that platform’s dearth of games, I had to ask.

Chatting to Jason it’s clear he’s incredibly passionate about For Honor. A project 15 years in the making stands on the brink of arriving in the hands of players. That excitement and passion was visibly tempered by a nervous anticipation of the next step. While VandenBerghe has been able to control and craft everything along For Honor’s journey up to this point, the next part is out of his hands, like letting a child go off into the world on their own.

Having played some of For Honor, I’m intrigued to see how the market reacts to it, and whether or not it has the legs to enjoy the longevity seen by the likes of Rainbow Six: Siege. The metrics of success will no doubt be determined by numbers and flow charts studied by men in suits, but for VandenBerghe, he cares mainly about how it makes players feel. 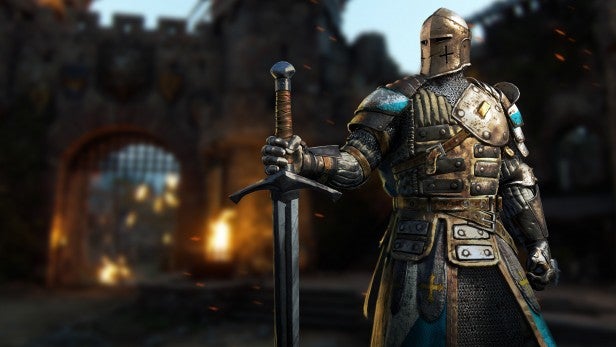 “I’d like people to be playing some version of this game 100 years from now. The ambition that I had was to teach people how to fight with swords, because that experience was missing from our video game dialogue. The developer in me is interested in sales and how people are going to play it, but on a personal level, my mission was to deliver a design structure that meant that, if we still have screens and controllers in 100 years, people who have a sword-fighting fantasy, who are still interested in knights, would have that [in For Honor].”

VandenBerghe’s closing comment is a sentiment likely shared by many developers: “What I’m really hoping for is the longevity of the idea.”

For Honor launches on February 14 on PS4, Xbox One and PC.