Few series are more complex than Football Manager, with this season’s entry being the most in-depth and detail-orientated of all. For newcomers dreaming of emulating Pep Guardiola or Jose Mourinho, the learning process is pretty tough.

Don’t worry, though; we’ve got the best tips and tricks to help ease you into the world of the digital gaffer. Follow our Football Manager 2018 guide to give yourself the best chance of staying in the job beyond Christmas.

Whilst it might be tempting to live the dream of taking Portsmouth to the Premier League and then on to the Champions League, you’d be better served by starting out as manager of Manchester City, Real Madrid or Paris St Germain. 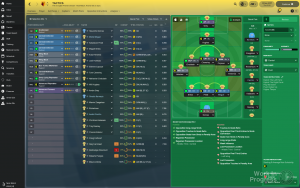 In doing so you give yourself more leeway to make mistakes. The talent at your disposal will cover any failures in the transfer market, and you’ll have maximum exposure to the largest range of competition types the game can throw at you.

Through these advantages you can quickly learn how transfers and complicated contract negotiations work, and you can gain knowledge on how to keep players fit over the course of multiple, concurrent competitions.

Even if you despise the money and commercialisation that exists at the top of the football pyramid, it pays to embrace it in the short term as a means of accelerating your learning.

When it comes to seeking out new signings, don’t rely on the famous names that you already know or those that agents are trying to unload on you – this is the fastest way to burn through your transfer budget and still be left wanting for the right kind of player. Instead, hire as many scouts as your chairman will allow and send them to look for talent across the world.

In doing so you will be well placed to be the first to come across the Messi and Ronaldo of tomorrow and, if you act fast enough in getting their signature, you’ll avoid a potentially costly bidding war. 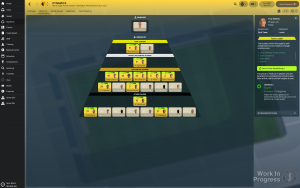 If you’re a big club then the acquisition of a future star can lead you to glory. If you’re a smaller one then the transfer fee you can attain by selling him on could be what’s needed to take your whole team, stadium and training facilities to the next level.

Thinking of centre backs, defensive midfielders, strikers et al in a singular fashion isn’t going to do you any favours in Football Manager 2018. What you need to be doing is thinking about every position as a ‘role’ rather than a body in a given formation. Thereafter, you can make more accurate decisions on how to fill that role.

For instance, if you want to play a high defensive line then you should consider playing a goalkeeper capable of playing as a ‘sweeper keeper’. Ederson of Man City, for instance, excels in this area. Joe Hart, on the other hand, doesn’t.

A centre back playing a ‘ball playing defender’ role should excel in bringing the into midfield and/or playing passes from deep – with the likes of Toby Alderweireld and Jerme Boateng capable here.

On the other end of the spectrum, Phil Jones and Kurt Zouma are far more capable when told to limit their output on traditional defending. Working out what kind of balance you want between roles is one of the most satisfying elements of the game when you get it right. 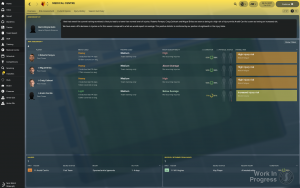 This kind of thinking needs to be projected onto every position in your team. There are a lot of roles in Football Manager 2018, so don’t try to rush through and understand all of them immediately. Pick a handful and learn intimately how they affect your tactical options, then pick a handful more. After a season or so you’ll have a working understanding of them all.

An avalanche of community-driven downloads have been created for Football Manager 2018 since its launch. Through its Steam Workshop page you can acquire ready-made tactical systems, scouting lists of the game’s best young players, data updates to bring squads in line with the recent January transfer window, customised menus layouts and more.

In particular, downloading a variety of tactical options can be very beneficial for new players as a means of learning what is possible in this area. To start we’d recommend acquiring a couple of setups that focus on attack and a couple based around defending. This way you will be well prepared to combat any opponent and give yourself a foundation for learning how to create your own range of strategies for different situations.

Football Manager 2018 Guide – Do not overwork your players

Data regarding injuries has been reworked in Football Manager 2018 and making good use of it is invaluable. Your sports scientists and physiotherapists will tell you how susceptible a player is to picking up an injury either in training or in a match depending on their current workload, giving you pre-warning as to whether your star striker is on the verge of a season-ending muscle tear.

Do not ignore this information. The last thing you want is for half of your squad to miss key games at the end of a tough season. While it’s the player’s responsibility to perform professionally for you, they can only do that if you’re acting professionally in what you’re asking them to put their bodies through. 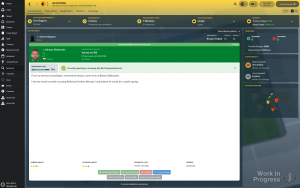 Even if you’ve put together the best tactical system this side of Arrigo Sacchi’s 1989 AC Milan team you’re not going to achieve much if your players aren’t familiar with it. Start your team training in your preferred tactics immediately upon starting a new game. Do not, under any circumstances, wait until the season starts to figure out your formation.

Further, it pays to be familiar in two or more tactical outlook (your coaches will tell you how familiar your squad is in each formation). If you’re losing late in a game then it can be beneficial to switch things up and go all out in attack, but that will only work if your players know how to do so as a unit. Similarly, if you’re 1-0 up with a few minutes to go then you could decide that you want to stop taking any risks and concentrate on defence.

The more time your team has spent learning different tactics in training, the better they’ll be at employing them in a real game.