Laptop Flight Ban UK: What do the new US and UK rules for taking electronics on flights mean for travellers and their devices? Which airports, airlines, and countries are affected? Here’s all you need to know about the ban, including all the latest news and updates now that President Trump is understood to be considering extending it to UK airports.

News that the laptop flight ban might be extended to flights departing from Europe first surfaced around April 25. Things took a turn for the (even) worse on Wednesday May 11, when multiple UK outlets reported that an announcement from America’s Department of Homeland Security regarding the proposal was on the cards.

That’s according to in-the-know government officials, apparently, and has prompted European Union leaders to meet to discuss how to respond to such a ban, should it come into force. Among other things, the EU is understood to have written to the Department of Homeland Security to demand talks on the issue.

It all comes as a further shock, with the US already having announcement a set of new rules effectively banning large electronic devices from cabin baggage on around 50 flights a day from airports in the Middle East, Turkey, and North Africa.

Citing attacks on planes and airports that have occurred in the past two years, the Department of Homeland Security (DHS) unveiled the new regulations in partnership with the Transportation Security Administration (TSA). It’s part of an effort to stop terrorist groups that “continue to target commercial aviation,” and comes ahead of a 69 nation conference in Washington, DC aimed at tackling the so-called Islamic State (Isis or Isil).

So what’s this all about? How does it affect travellers? Is this the end of using your laptop, tablet, or shiny new Nintendo Switch on a plane? And what is Trump doing about flights from the UK?

UK laptop ban – Will Trump extend the rules to flights from the UK?

Donald Trump is said to be considering extending his cabin ban on large electronic devices to flights from Europe. The Times first reported the US President is mulling an extension to the rules that would see electronic devices larger than a smartphone banned from aircraft cabins.

No final decision has been made, according to the report, but security chiefs have reportedly been preparing for an extension to the security rules introduced last month for flights to the US from the middle-east.

If Trump goes ahead with the decision, passengers flying from Europe would have to store their larger electronic devices, including laptops and tablets, in their checked baggage. 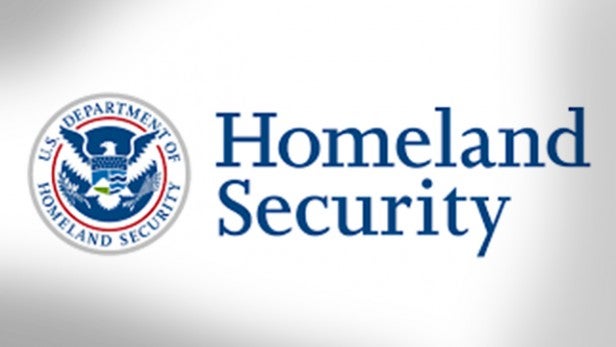 A Whitehall source told The Times: “As with everything from Trump’s America, there are conflicting reports about where, when and what.”

Should the security measures be extended to include Europe, the change could apparently be implemented within weeks. We’ll update this piece as soon as we have more information.

What are the new US rules?

Put as plainly as possible, the rules mean customers on affected airlines will not be able to bring anything other than a phone into the cabin of a plane. Large electronic devices will be allowed onboard, but will have to be in checked baggage.

As the rules state: “Electronic devices larger than a cell phone/smart phone will not be allowed to be carried onboard the aircraft in carry-on luggage or other accessible property.”

That means laptops, tablets, e-readers, cameras, electronic game units larger than a smartphone, portable DVD players, travel printers and scanners, and more will not be allowed on flights as carry-on items. According to the rules, “necessary medical devices” will be allowed in the cabin, but only after a security check.

What remains unclear is just how big a phone can be before it’s considered too big to be allowed in the cabin. Many phones with larger screens, so-called ‘phablets’, could be affected by the new guidelines, but this is yet to be confirmed. The DHS recommends checking with your airline if you’re not sure whether your smartphone is impacted.

Which airports and airlines are affected?

10 airports and nine airlines will be affected by the new rules. All of them are located in eight Muslim-majority countries. 50 flights a day will be subject to the regulations, all from of the Middle East, Turkey and North Africa’s busiest airports.

Airports are expected to deal with the cost of implementing the new measures, with the Department of Homeland Security saying the rules will stay in place “until the threat changes”. Airlines have been given 96 hours from 8:00am EDT (12pm GMT) to comply with the guidelines.

And when it comes to nationality, it doesn’t matter where you’re from. As the DHS states: “All passengers flying through and from these locations will have to place electronic devices that are larger than a cell phone/smart phone in their checked bags regardless of the passenger’s citizenship.”

What if I’m on a connecting flight?

The official guidance makes this very clear: “TSA recommends passengers transferring at one of the 10 affected airports place any large personal electronic devices in their checked bags upon check-in at their originating airport.”

on your flight into that airport and keeping it there. No doubt many passengers will want to keep their laptops on-hand for the flight into the affected airport, but at this point it remains unclear just how much of an issue that could cause.

Why the new rules, and why now?

The Department of Homeland Security issued a statement on the new measures, outlining the reasoning and answering some questions.

It begins by stating that the U.S. Government is “concerned about terrorists’ ongoing interest in targeting commercial aviation, including transportation hubs over the past two years.” It then uses attacks on planes in Egypt, Somalia, and other countries as examples of aviation being targeted by these terrorists.

Overall, the statement makes clear the US’s view that it would be “prudent to enhance security, to include airport security procedures for passengers at certain last point of departure airports to the United States.”

Why? Well, naturally, no actual intelligence is revealed in a public statement, but the Department says it has “reason to be concerned” about terrorist plots in the near future.

And more measures could be on the way. The statement reads: “DHS will continue to adjust its security measures to ensure the highest levels of aviation security without unnecessary disruption to travellers.” However, it’s not clear whether further airports will be added to the list of those affected by the rules in the future, with the DHS simply saying security requirements will change as as threats change.

So, what are the UK rules?

The UK has announced its own set of regulations which also prohibit large electronic devices from carry-on baggage on passenger flights from Turkey, Lebanon, Jordan, Egypt, Tunisia, and Saudi Arabia.

Devices larger than 16cm long, 9.3cm wide or 1.5cm deep will need to be placed in hold luggage and checked in.

Six UK carriers are affected by the rules:

A UK government spokesperson told the BBC: “Decisions to make changes to our aviation security regime are never taken lightly.

“We will not hesitate to act in order to maintain the safety of the travelling public and we will work closely with our international partners to minimise any disruption these new measures may cause.”

What do you make of the new electronics travel ban? Share your thoughts in the comments.