Fitbit has a new flagship smartwatch – the Fitbit Sense – but is it enough to take on the current industry leader? In Fitbit Sense vs Apple Watch 5, Fitbit has an uphill task.

The smartwatch industry is big, and it has a ton of variety – from flagships on the Android side like the Galaxy Watch 3 to more wallet-friendly fitness trackers like the newly announced Fitbit Versa 3.

At the top of the tree is the Apple Watch 5, the pricey device has gained huge popularity for its smartphone integration as well as a range of industry-leading fitness tracking tools. However, if you don’t want to fork out that cash or aren’t in the iOS ecosystem, finding an alternative can be tough. Can the Fitbit Sense be the smartwatch we’ve been waiting for? 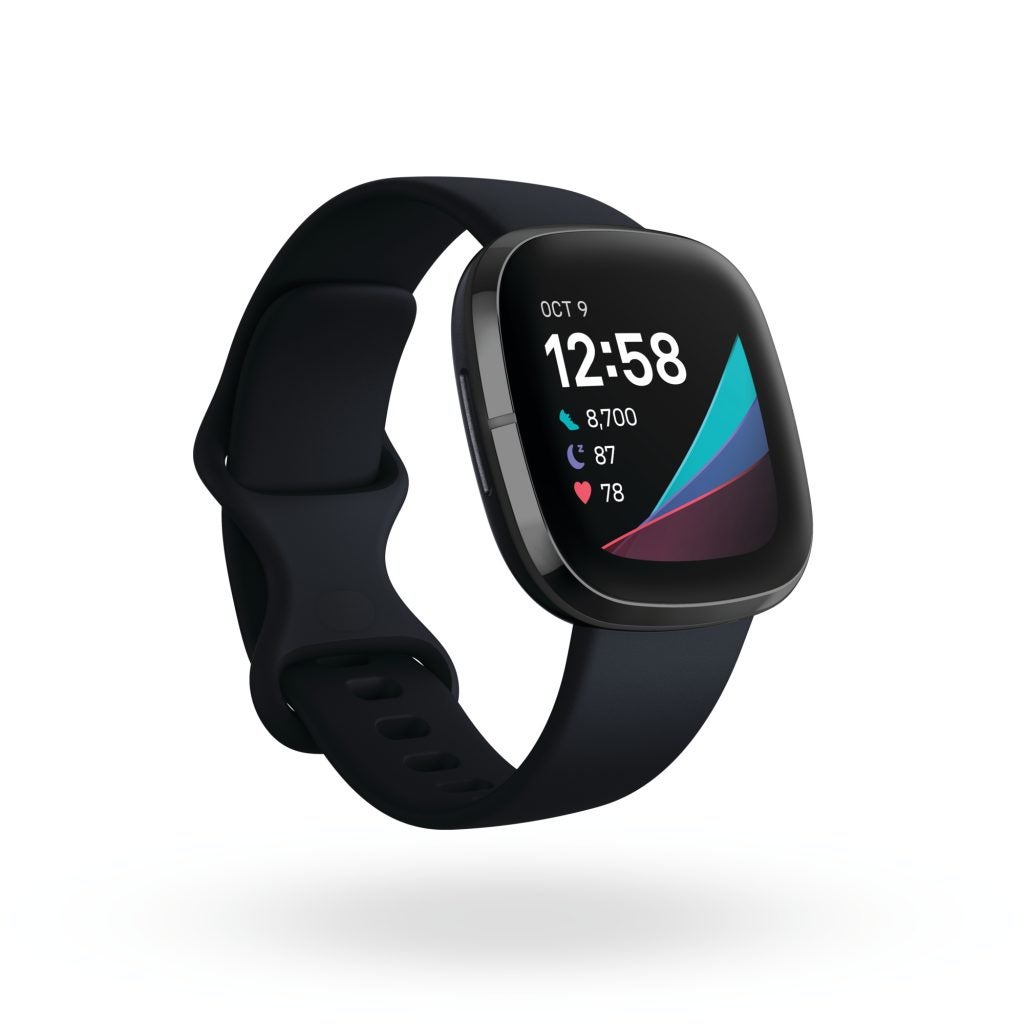 The headline feature of the Fitbit Sense is its stress management capabilities. While the Apple Watch 5 offers some tools for stress prevention, Fitbit’s on-wrist EDA scan app and other stress management tools help you better track moments of stress over time – allowing you to understand and monitor causes of stress.

2. Apple’s flagship smartwatch isn’t so kind to your wallet

One thing that puts many off the Apple Watch 5 is the price. Apple’s flagship starts at £399, and this only offers the basic wristband, with flashier options costing a pretty penny too.

Conversely, the Fitbit Sense will cost £299.99 – that’s £100 less for what Fitbit calls its “most advanced health smartwatch” ever. If you aren’t fully locked into the Apple ecosystem, the Fitbit Sense might be a hard one to pass up.

In some ways, Apple could long justify its price against competitors due to its premium feels and looks but the Fitbit Sense is the company’s most premium smartwatch yet – rivalling Apple’s design crown. 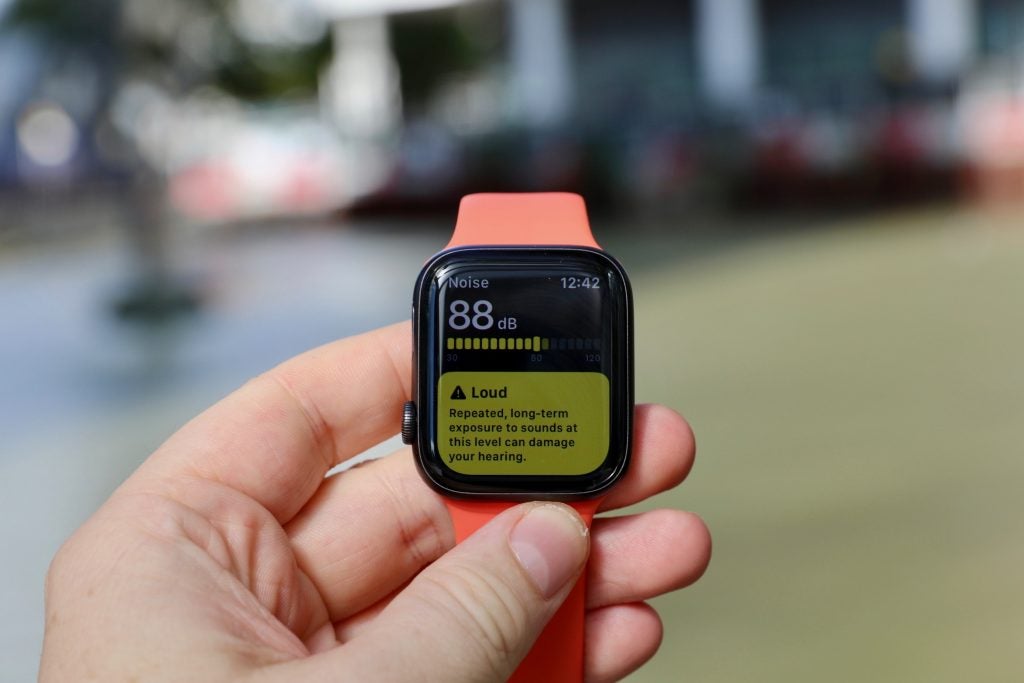 While it can’t be said this is a win for Fitbit over Apple – with Apple already sporting the tech – in-built GPS coming to the Sense is still a big deal.

In-built GPS has been a notable absence from Fitbit Versa models for a few years now and it may have been a barrier for some intriguing by their smartwatches – likely turning to other options like the Apple Watch.

Now, this barrier has been lifted. In-built GPS has come to both Fitbit’s new smartwatches – the Fitbit Sense and Fitbit Versa 3 – allowing for that accurate tracking without lugging your phone along with you.

4. Fitbit gives you a neat freebie

The Fitbit price already looks attractive against Apple but, with the Sense, you get six months of Fitbit Premium included.

Fitbit Premium offers personalised insights, advanced analytics, relaxation, sleep tools, workouts and more. Fitbit Premium may have seemed like a bit of an unnecessary luxury when paying full price but, as a neat free add-on, it offers some handy additional features. 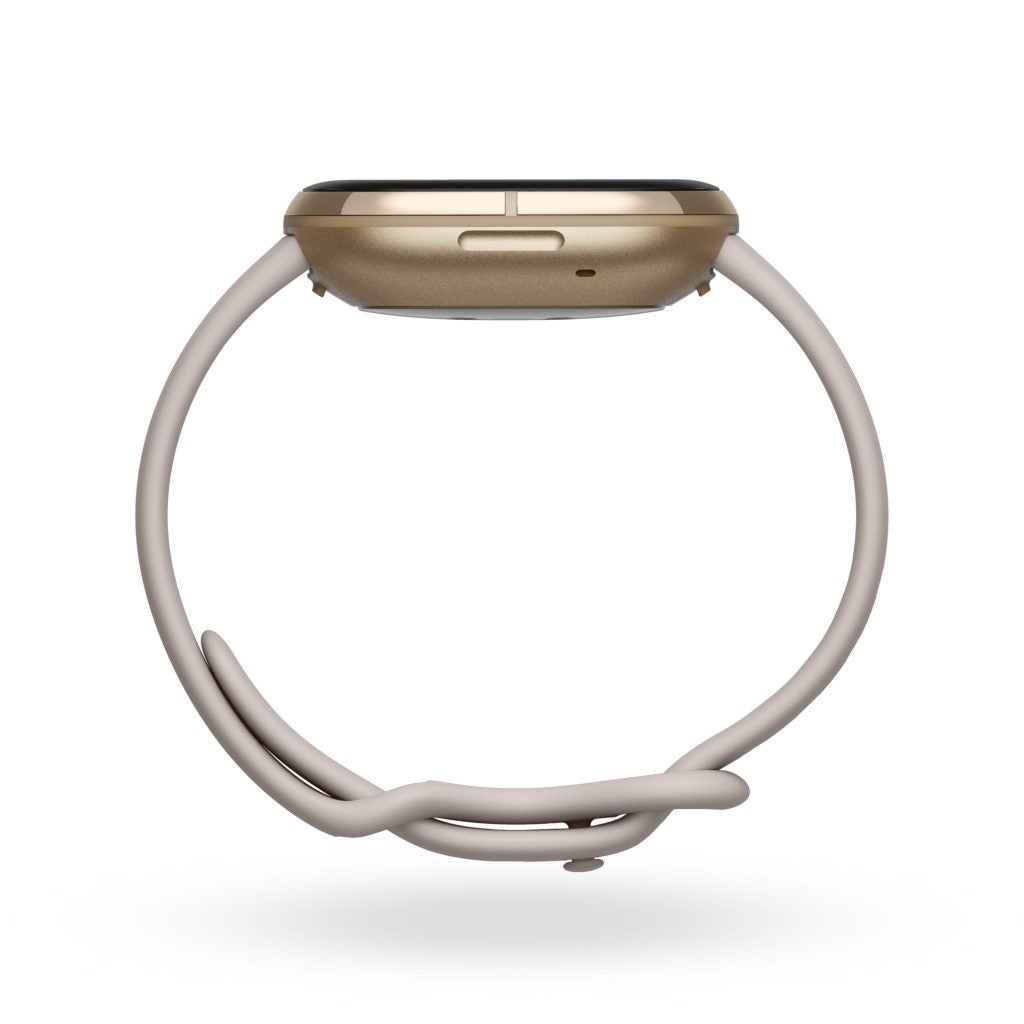 5. Battery life is an absolute drubbing

In our in-depth review of the Apple Watch 5, we said the watch lives “up with Apple’s claimed 18-hour battery life”. Compared with some high-end smartwatches, the battery life of the Watch 5 was impressive upon release – with its variable refresh rate screen helping out in this department.

Enter the Fitbit Sense – Fitbit claims the new watch features 6+ days of battery life. We’ll have to test this out ourselves but, if it comes anywhere near that amount, then there’s no contest if you are after a longer-lasting smartwatch.

Many won’t immediately think of choice when you’re considering Apple hardware but, with the App Store available to users, the Watch 5 definitely offers more choice when it comes to apps for your smartwatch.

However, Fitbit Sense does give you more choice when it comes to smart assistants. For the Apple Watch 5, you’re restricted to good ol’ Siri while the new Fitbit lineup has added Google Assistant support on top of the already included Amazon Alexa option.

Fitbit Sense vs Apple Watch 5 – Which should you buy?

If you are already in the Apple ecosystem, it’s often hard to recommend moving away from its products due to the benefits of its deep integration and, if you are a frequent user of many Apple service, this point still stands.

However, if you aren’t tied to Apple, the Fitbit Sense looks set to be a highly-advanced and capable health smartwatch. If the new features we’ve mentioned are to your liking and you’d like to save some money compared to the Apple Watch 5, the Fitbit Sense has a lot to offer.