The forthcoming Fitbit Sense smartwatch will have a functioning and medically-approved ECG sensor at launch, the wearable company has confirmed.

The feature, which enables users to conduct an on-the-spot test of their heart rate for abnormal rhythms or atrial fibrillation (Afib), was announced at launch. However, it wasn’t known whether approval would arrive in time for the release on September 25.

Now Fitbit has said the hardware feature and the ECG application have been given the green light by medical device regulators in the United States and Europe – including the UK.

That makes the Fitbit Sense, a premium smartwatch in terms of price, a much worthier rival to the Apple Watch Series 5 and the forthcoming Series 6. The company says that, during testing, it found the ECG app demonstrated the ability to identify more than 98% of confirmed Afib conditions.

“Fitbit’s new on-device compatible ECG app helps analyze the heart’s rhythm for signs of AFib. ECG is a measurement of the electrical activity of the heart, and the Fitbit ECG App is a simple way people can take an on-the-spot reading of their heart rhythm at any time, including whenever they notice any unusual cardiac symptoms,” the press release says. 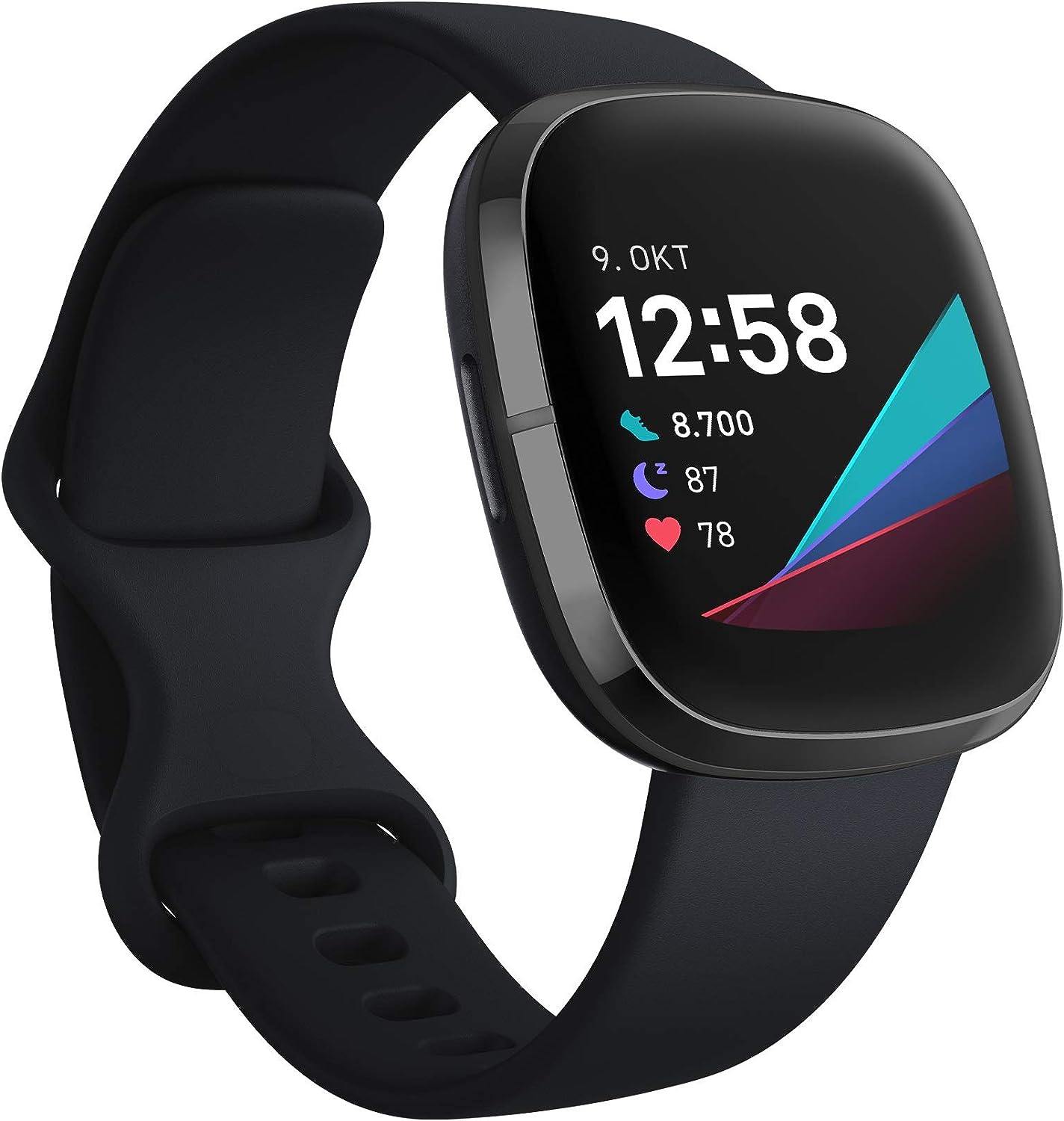 Fitbit Sense is the new, high-end fitness tracker from Fitbit, boasting a ton of new features including stress management, in-built GPS and a six-day battery life.

The stablemate for the new Fitbit Versa 3 costs £100 more at £299. This puts the Sense in direct competition with the Apple Watch. Fitbit is focusing on the health-based features with stress management tools, skin temperature and female health tracking. The company says it will offer 6-days of battery life, built-in access to Amazon Alexa and Google Assistant, and six months of access to Fitbit Premium on the house.