It has been almost three years since the Fitbit Ionic hit store shelves, but we haven’t given up hope that Fitbit is working on a sequel to its high-end fitness tracker/smartwatch hybrid.

Originally designed to compete with the then newly released Apple Watch 3, the Ionic is still Fitbit’s only premium wearable device, and one that’s aimed at the more serious fitness crowd that the likes of Garmin and Polar have tapped into.

Given that Fitbit’s currently in the process of being acquired by Google, it’s hard to imagine that this would lead to anything less than larger ambitions down the line.

So ahead of an official reveal, here’s our run down of all the news, leaks, rumours and more, including our personal wishlist of features, of the Fitbit Ionic 2.

While we’re still waiting on an official release date for the Fitbit Ionic 2, rumours do seem to suggest a potential 2020 release for the upcoming wearable.

Speaking to Wareable in 2019, Fitbit CEO James Park mentioned that the Fitbit Ionic and its target audience are still very much a part of the company’s ongoing strategy, but that the current focus was on increasing the user base. Of course, that was last year, so Fitbit might be looking at using 2020 to launch a brand new Ionic smartwatch.

Fitbit has a great track record of allowing its wearables to come in at the same price point each year, despite numerous upgrades. It’s been the case with the Fitbit Charge series, as well as the Fitbit Versa, so it’s fair game to expect the same treatment here.

With that in mind, the Fitbit Ionic 2 is likely to cost £299.99 – the same asking price as the original Fitbit Ionic.

While there’s no concrete information, or even any leaks to rummage through here, there are still a few new features that are almost a given for the Fitbit Ionic 2. Due to the ongoing acquisition by Google, and the Fitbit Versa 2’s main feature being an onboard voice assistant, I’ll be shocked if the Fitbit Ionic 2 doesn’t come with Google Assistant built-in.

After all, if Fitbit really is serious about poaching users away from the Apple Watch, then a more modernised set of smart features are a must before you can even begin to tackle the watch’s fitness elements.

With there being so few details available regarding the Fitbit Ionic 2, there’s a huge amount of room for speculation, which is handy because we’ve compiled a list of the features we’d most like to see on the next Ionic smartwatch:

Should I wait for the Fitbit Ionic 2?

While there is some evidence pointing towards a potential 2020 unveiling of the Fitbit Ionic 2, that is by no means a guarantee that it’ll happen.

If you’re after a fitness tracker for the here and now, then you’re in luck, as the longer than expected shelf life of the Fitbit Ionic has resulted in a huge price drop for the wearable.

You can now pick up the Fitbit Ionic for around £129 – the same price as the new Fitbit Charge 4 – which is an incredible price once you factor in the built-in GPS tracking and on-device workout routines. If you’re looking for a fairly robust fitness tracker on the cheap, you can do far worse than the Fitbit Ionic. 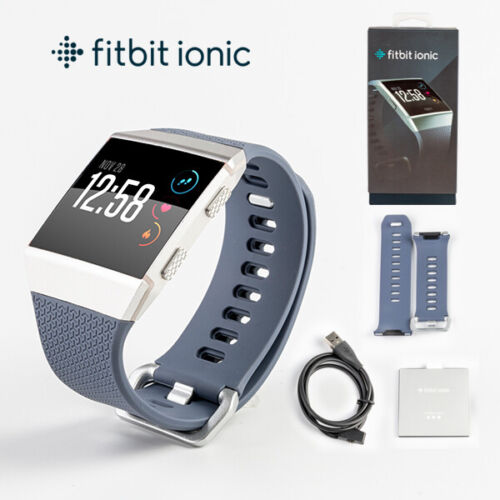 Down to just £129.99, the Fitbit Ionic is now one of the most affordable fully-featured fitness trackers on the market, with offline song storage and built-in GPS tracking.