Final Fantasy 7: Remake’s battle system has been demoed at E3 2019 and so far, it’s looking like a thrilling blend of real-time action mixed with tactical play, all laced with dramatic exchanges between characters.

During Square Enix’s E3 press conference, attendees and viewers were treated to some footage of Cloud Strife laying the smackdown on rank and file enemies, and a general introduction to how fisticuffs and fighting will go down in Final Fantasy 7: Remake.

Here are all of the key points of the new-look ATB combat system. 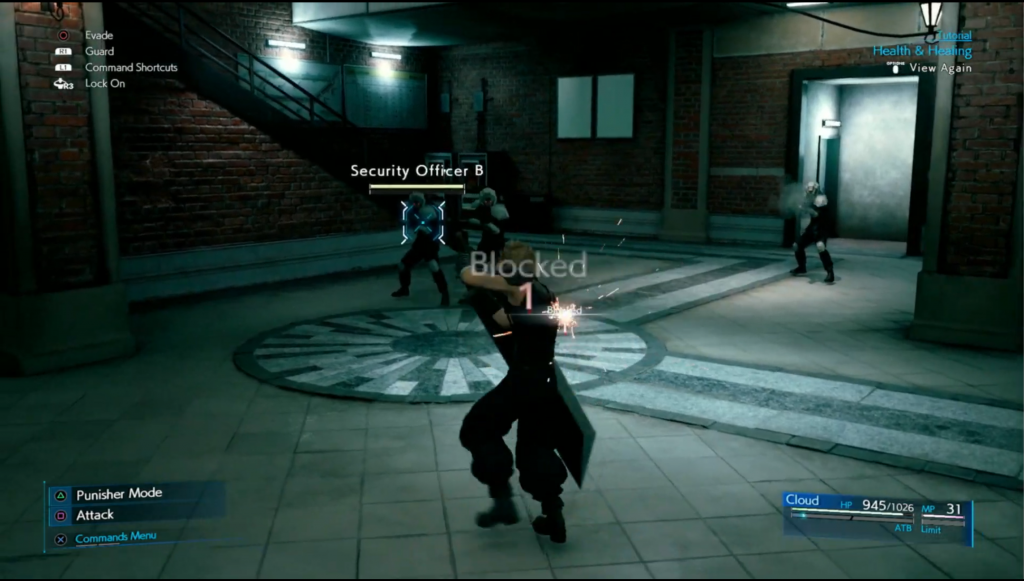 You’re free to move around

The first thing to note is that you are no longer locked to a static spot on a battlefield. You can now run, dodge, and lock on to and circle enemies, either getting in close to whack them with a close-range weapon, or staying back to pepper them with gunfire. Blocking is now something you do actively, rather than just selecting a menu option. Final Fantasy 7: Remake moving away from turn-based attacks means you’re going to have to get your hands dirty.

Basic attacks with your primary weapon are unleashed with a tap of the Square button. The more successful hits you get in, the more you’ll fill up a character’s ATB charge bar – named in honour of the old Active Time Battle system which the original game used.

Once you’ve filled an ATB bar, pressing the X button will open up the Commands menu, where you’ll then be able to do things like select spells, special abilities, and items. Whenever ATB mode is engaged, the action slows down, Matrix-style, which means you’re given some extra time to think about where to position yourself, which spells to cast, and where exactly to strike next. 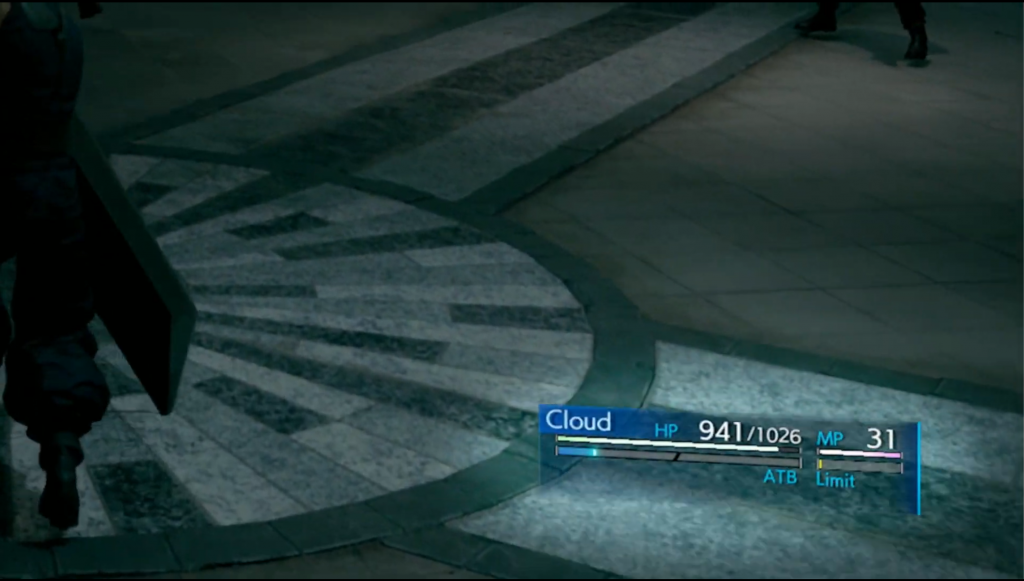 Push it to the Limit

In the original game, Limit Breaks were special attacks and abilities which could be unleashed when your characters had sustained enough damage. These attacks have returned – and they’re just accessed in the same way. Next to the ATB gauge and beneath the MP meter, you can see the bar for Limit Breaks is there.

Living in a Materia World

You can assign certain abilities and spells to shortcuts to save yourself time moving through menus, but as the game progresses and you pick up more Materia – the magical orbs which confer special abilities on their bearers – you’ll have plenty more moves and spells to memorise.

Yep, Materia’s back, but how could it not be? It is, after all (mild spoiler alert) fairly integral to the story.

Rather than have the characters in your party ‘learn’ specific spells, abilities and magic moves are bestowed on characters if they happen to be in possession of the right Materia. The E3 2019 demo showed Cloud, in possession of some green Materia, unleashing a Fire spell on some goons. 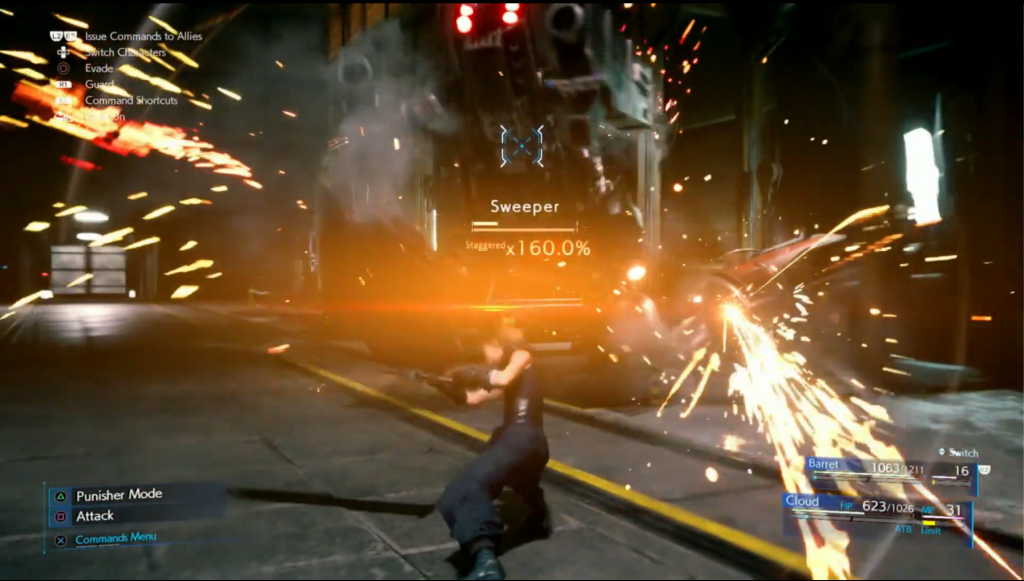 Players of the original game will know that certain enemies and bosses require careful consideration – you can’t just keep whaling on the bad guys and hope that a hack-and-slash approach will save you.

After introducing Cloud, the action shifted to a famous fight early on, where Cloud and Barrett Wallace take on the robotic Scorpion, a boss which is particularly susceptible to lightning spells, and shouldn’t be attacked when it’s prehensile tail is raised. Well, you can attack it when the tail’s up, but it won’t end well for you.

As with the combat in Kingdom Hearts, you’ll be able to cycle through teammates in Final Fantasy 7: Remake. Tapping up and down on the D-pad will see you able to jump from Cloud, to Tifa, to Red XIII, to Yuffie, to Aeris, to Cid, and so on.

This means you can get your long-ranged hitters into position and have them blast enemies from a distance, your support characters keep everyone’s HP and MP topped up, and your fighters close in to deliver the killing blow. 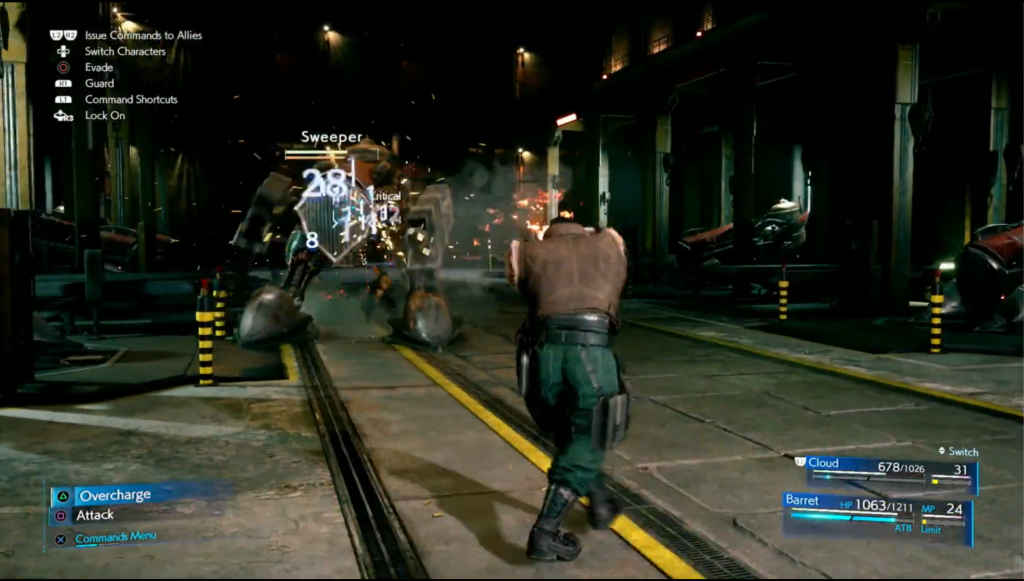 While Final Fantasy 7: Remake’s fighting engine pivots strongly towards real-time action, it’s still underpinned by stats, namely HP – hit points, which determine how much damage you and your enemies can take before dying – and MP – magic points, which are needed to cast spells.

Striking and enemy will still see glowing numerals fly all about the place, and unless you’ve got enough MP in reserve, you’re not going to be able to cast the Cure All spell that’d otherwise save your party from certain death. Managing your MP, keeping tabs on how many hit points the enemy has left will still be part and parcel of the experience.

While we’ve been afforded but a taste of Final Fantasy 7: Remake’s fighting system, it’s more than enough to whet our appetites for the main course.

We’re keen to see how deep the combat system will go, how much of an effect your surroundings will have (i.e. can you get into cover?) what possibilities there will be for chaining up attacks, how Summons might be different this time around, and if some new Materia has made it into the Remake. Either way,