Disney charged headlong into the so-called ‘streaming wars’ about two months ago, and the latest figures appear to confirm what most of us already suspected − that it was a great decision.

The Disney Plus mobile app has been downloaded 41 million times across Google Play and the Apple App Store and it’s already generated an estimated $97.2m in user spending, according to new figures from Sensor Tower.

Market analyst firm, Ampere Analysis, told us that it expects the platform to keep going in this direction. It forecasts that Disney will reach a revenue of $120m by the end of the first quarter of 2020, crediting “tentpole title” The Mandalorian with leading the streaming platform’s growth. 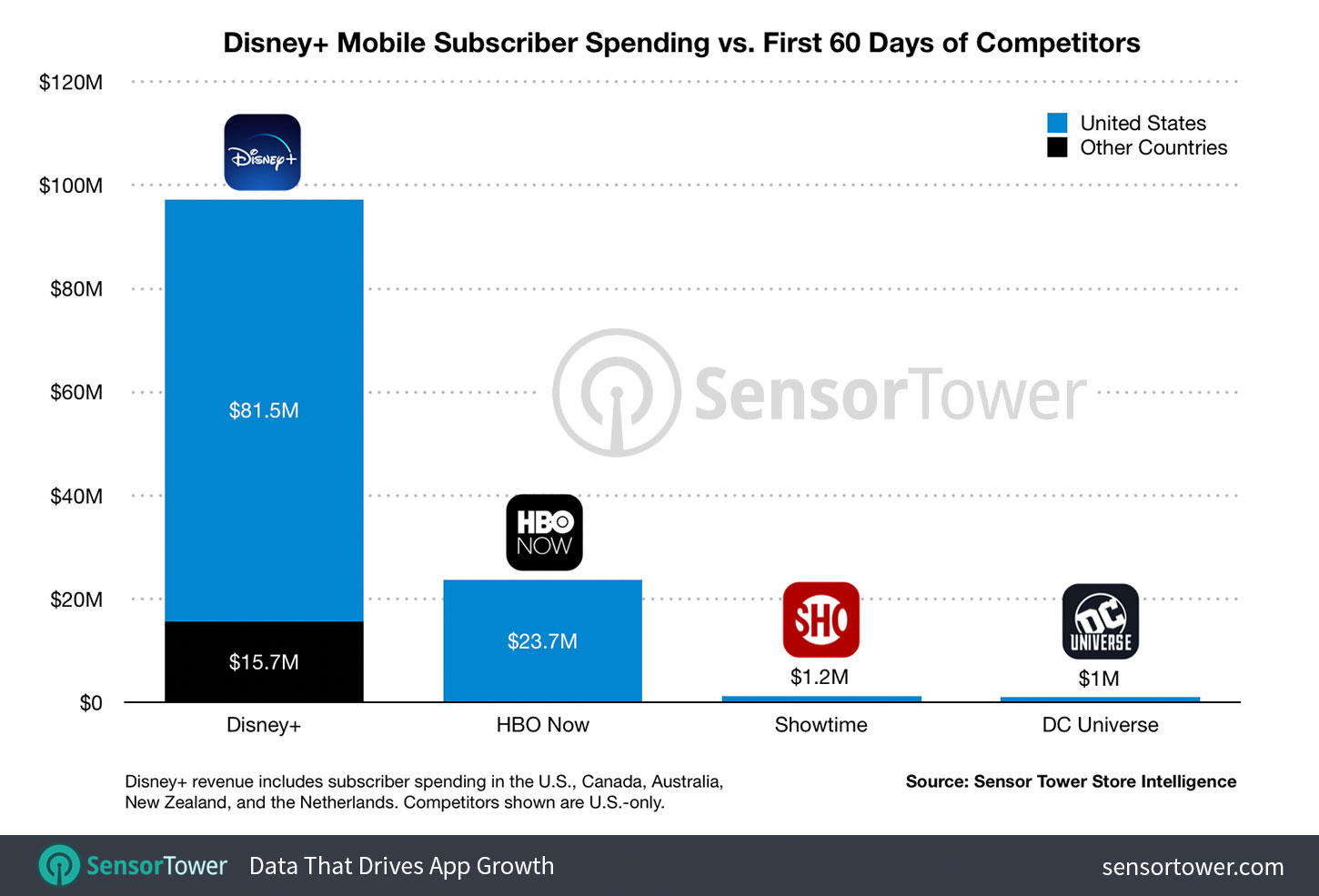 Unfortunately the data available to analysts on the “first 60 days” did not stretch back as far as Netflix’s opening two months, or Hulu’s. That leaves us with an imperfect comparison but we can see, at least, that Disney has started very, very strongly and has far outperformed HBO, which is itself a genuine giant in TV terms.

After all, HBO has been responsible for some of the biggest TV series ever, including Game of Thrones and Band of Brothers. Daniel Gadher, from Ampere Analysis, told Trusted Reviews that Disney has invested heavily in content to counter this high level of competition.

He said: “Disney is able to lean on a strong and well-known library of content which it can make exclusively available to its subscribers. Disney unveiled 10 originals at launch including big budget The Mandalorian as well as the high profile titles such as High School Musical: The Musical: The Series.

“Significant investment points to their commitment in this space, with The Mandalorian costing a reported $12m-$15m per episode. Another advantage Disney has is its ability to develop new content around well-known IP such as Marvel, Star Wars and National Geographic.” 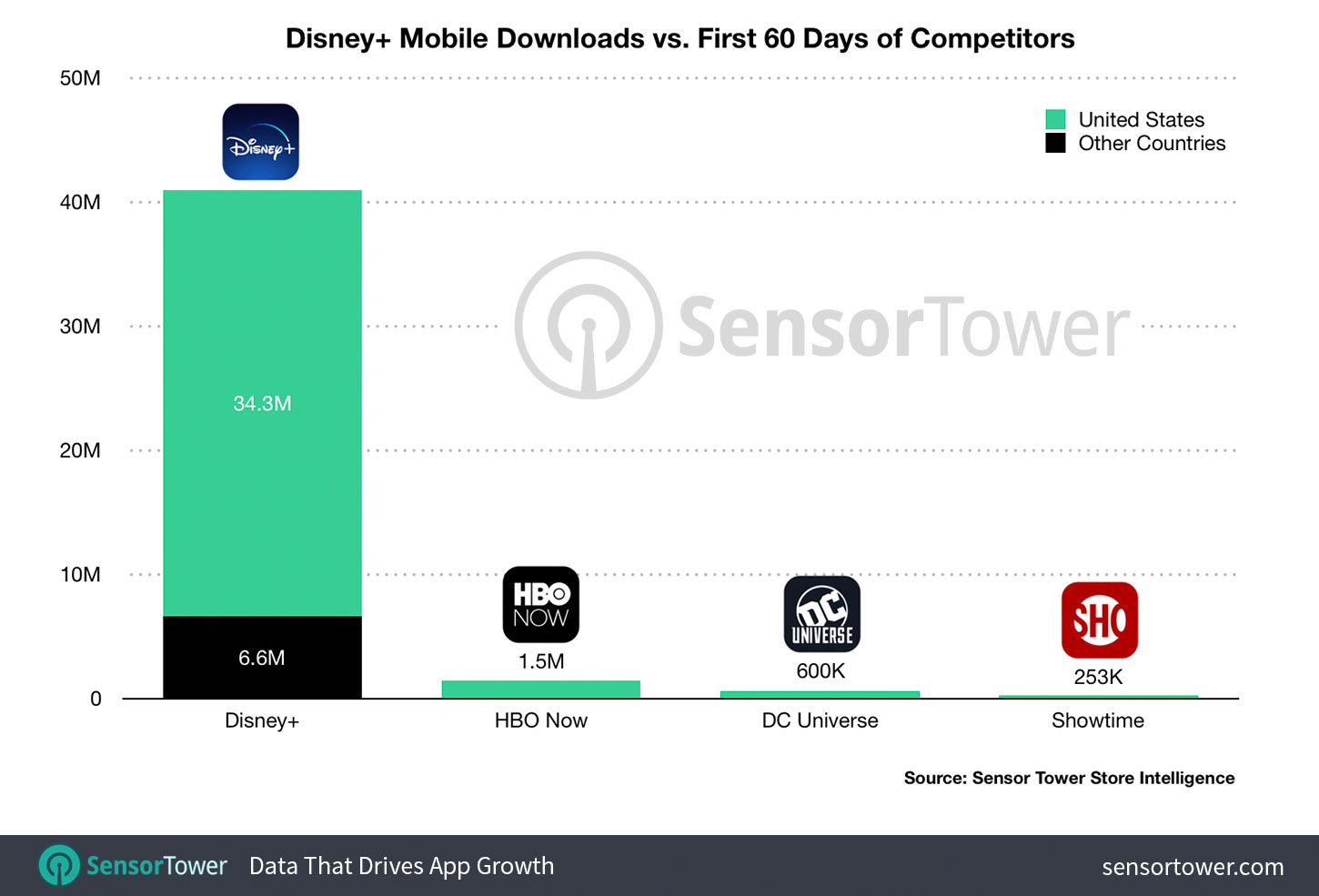 When it comes to downloads, Disney created a real stir on release, flying straight in at number one in the entertainment app download rankings. Netflix dropped from first place in July, to third in November. 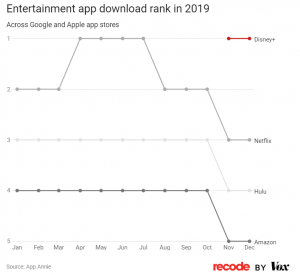 Another interesting finding from App Annie showed that customers are not limiting themselves to just one streaming service. The figures showed that 25% of those who watch Netflix on an iPhone also watch Disney.

That suggests this won’t play out like some similarly memorable do-or-die battles, think Blu Ray versus HD DVD or, for the particularly retro-minded, VHS versus Betamax. So many tech face-offs have seen one competitor out-and-out fail, but the early evidence suggests that “the streaming wars” might not be as fatal as the oft-used name suggests. There is likely going to be room for the platforms to co-exist, if they all keep making, and showing, good quality original content. 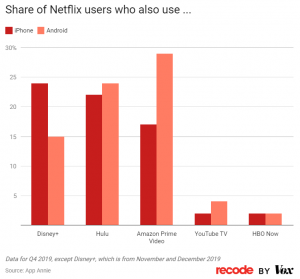 However, analyst Gadher argues that in the long term there might not be room for all of the various streaming platforms to co-exist.

He told Trusted Reviews: “Disney is set to continue to increase its investment in exclusive originals with currently 54 titles green lit (based on Ampere’s Commissioning database) in an effort to drive more customers to its service. However, Disney Plus Is launching into a very crowded market… It will be difficult for all of these platforms to difficult for all of these platforms to exist in their current forms due to lack of room in the market, Disney Plus looks set for strong initial growth in US and they will look internationally for further growth.”

Disney’s opening downloads and revenues are particularly impressive when we consider the platform’s limited release. Currently it’s only available in the US, Canada, the Netherlands, Australia and New Zealand.