Facebook has announced it will be launching three new camera-equipped smart display gadgets, including a refreshed version of the 10-inch Portal and the entirely new Portal TV which lets you take video calls on your television.

The 10-inch Portal and 8-inch Portal Mini devices looks very much like picture frames with a screen and have been purpose-built to allow users to make video calls with friends and family over Facebook Messenger or WhatsApp.

Thanks to the AI-powered Smart Camera, the Portal and Portal Mini will automatically pan and zoom according to your positioning to keep you in frame. Meanwhile, SmartSound boosts the voice of the person on camera and reduces any annoying background noise.

Both devices have a 13MP camera, with 114 display field of view, enabling a wide-angle shot to allow as many friends or family members in the frame as possible. The Portal and Portal Mini also feature HD (1280 x 800) resolution touchscreen displays, and so admittedly aren’t abundant with pixels but should still look solid enough for video calls.

An integrated speaker has also been included, which not only allows for your friends to chat away to you without the need for headphones, but also enables you to blast music from Amazon Prime Music and Spotify if you have the required subscription. 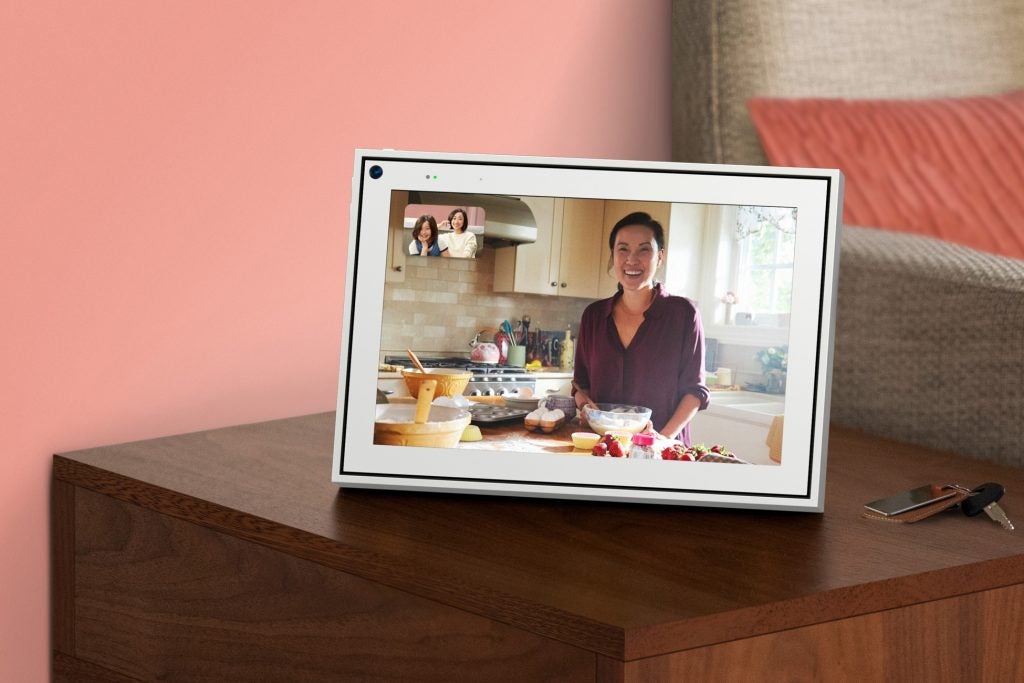 Facebook has also included important features to ease privacy concerns. A sliding switch will allow you to cover the camera when it’s not in use, while you’ll also be able to deactivate both the camera and microphone with a tap of a button.

Facbook also promised it won’t “listen to, view or keep the contents of your Portal calls” so you can be rest-assured you’re not being spied on. Facebook did clarify it does collect and use data regarding how you use the Portal devices though, with information such as how often you use an app or the time/length/frequency of a video call being used to inform the adverts you see on Facebook.

The Portal and Portal Mini can also be used as a digital photo frame, as you can transfer all the photos and videos stored on your Facebook and Instagram account to act like a rotating screensaver. Birthday reminders can also be synced up to the Portal devices, so you’ll never have to worry about forgetting to buy your mum a present again.

Alexa is along for the ride too, allowing you to navigate the device via voice commands. Facebook’s own voice assistant, Portal, is expected to arrive as optional alternative in the future, while Facebook also hinting they’ll explore the possibility of adding the likes of Google Assistant too. 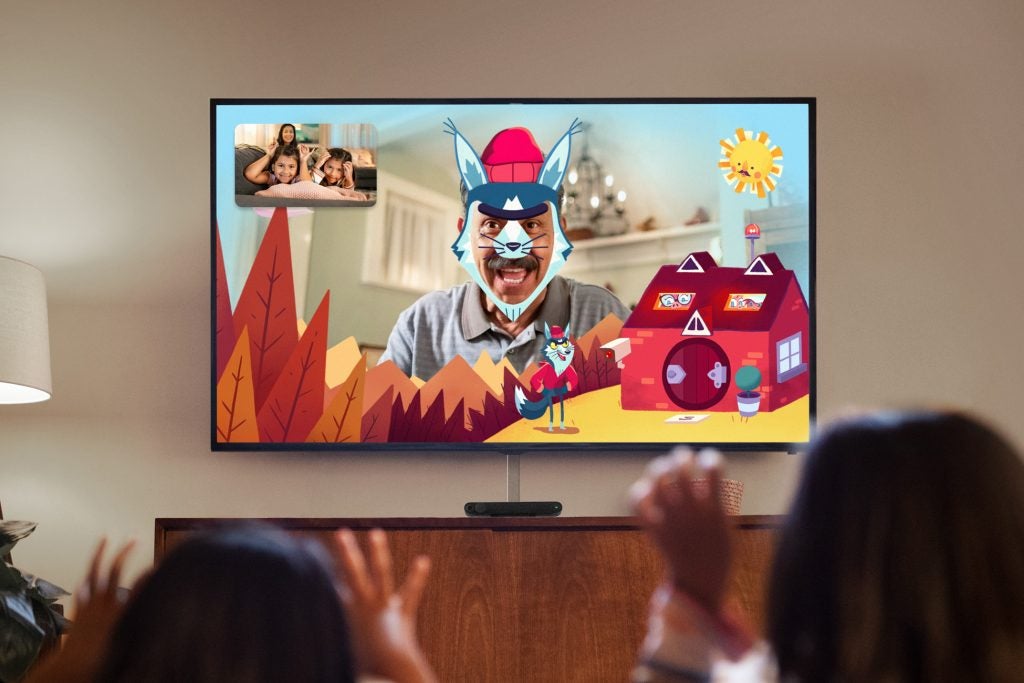 The third Portal product Facebook will be launching is Portal TV, which doesn’t have its own display but instead hooks up to your television via HDMI so you can make and receive video calls on the big screen.

The Portal TV has a very similar feature set to the other Portal devices, allowing you to choose between Alexa and a bundled remote control for navigation.

Bonus additions include the capability to watch Facebook Watch shows with a friend during a video call. You’ll also be able to engage in AR Experiences games with friends, wear AR masks like what’s found in Instagram and even star in your very own augmented Story Time world as you read the likes of the Three Little Pigs to younglings.

The Portal TV sees a 12.5MP resolution camera, and a 120 display field of view for an even wider-angle shot than the two other Portal devices. The number of far-field microphones is also boosted from four to eight in order to pick up your voice from the other side of the lounge.

The Portal TV will cost £149 and will start shipping from 5 November. What’s more, buying any two Portal devices in a bundle will see slash £50 off the total price.