F-Secure has launched SENSE, a combination of router and software designed to protect your home and every device in it from hackers.

As the Mirai botnet showed, it’s not just your computers you have to worry about getting hacked, but every single internet-connected device, from cameras to baby monitors. How do you go about protecting your Internet of Things (IoT) devices, though? The popular answer, it seems, is with a secure router.

Following on from the crazy-looking Norton Core, which was announced at CES 2017, we have the more sensible-looking F-Secure SENSE.

As with the Norton Core, F-Secure SENSE is a combination of a security-hardened router and software for Android and Windows, providing complete protection for your home. At its heart, the SENSE router is a rather standard 802.11ac router.

It has an Ethernet WAN port (as it’s designed to connect to your existing router), three Gigabit Ethernet ports, and it supports 802.11ac Wi-Fi with speeds of up to 1750Mbit/s. The SENSE router is not quite as funky-looking as the Core, which looks a little like a crystal from the Crystal Maze; its diamond shape and front display, which shows the time, still look pretty good, though. 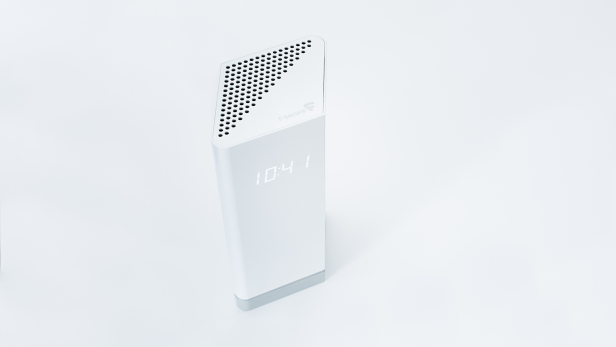 It’s the firmware that makes this router different to a traditional model, as it gives the SENSE the intelligence to block attacks. According to F-Secure, the SENSE router monitors all internet traffic, and it will automatically block phishing, intrusive tracking and other malicious attacks.

In the coming months, SENSE will be updated to include advanced parental control, an integral VPN and guest Wi-Fi protection. SENSE also uses F-Secure’s antivirus engine to provide real-time network traffic analysis to block malware. It’s the IoT security that sounds particularly interesting. In this regard, SENSE works by monitoring traffic to and from internet-connected devices, blocking those that appear to have been compromised.

On top of this gateway security sits the SENSE app. This acts in the same way as F-Secure’s traditional antivirus software, blocking attacks directly on a device. The SENSE app works outside of your home network, too. With each F-Secure SENSE subscription, you get an unlimited number of Android and 25 Windows licenses. The iOS app can only set up, monitor and control the SENSE router, while macOS is currently not supported at all. 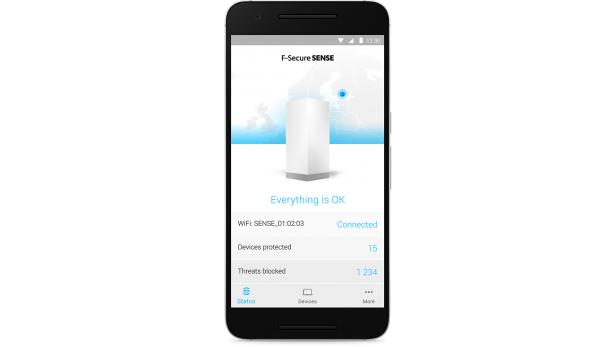 The SENSE router and network are controlled and monitored via the smartphone app. It shows your current network status and highlights any issues, along with the number of threats that the system has blocked.

Will it be any good?

With so many internet-connected devices, your home is very much under threat. Just one hacked device can cause bigger problems, such as launching an attack directly against your computer. In other words, protection for all devices is a must.

F-Secure SENSE should be able to offer the protection you need. It works differently to a traditional router, actively filtering malicious internet content to and from all devices. At the least, this approach can mitigate damage caused by a hacked device (and warn you about it); at best, an attack can be completely stopped. 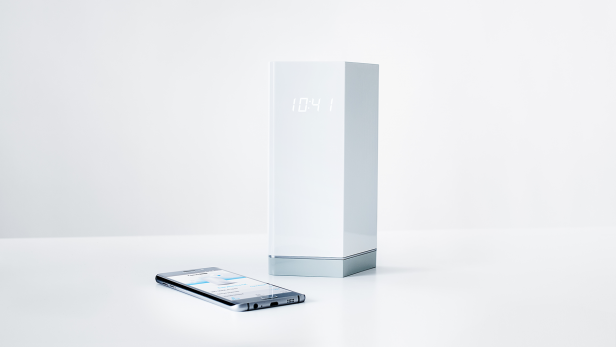 F-Secure SENSE is available to order now and will ship in June, with a starting price of €199 for the router. This includes a one-year subscription, after which SENSE costs €9.90 per month.

The main competition to the F-Secure SENSE is the Norton Core, which is not yet available in the UK. This has a similar level of protection, at a similar subscription price. Norton’s router has a higher base price (current introductory offer aside), although its 2500Mbit/s 802.11ac Wi-Fi could be faster than the SENSE’s wireless.

We’ll bring you full reviews of both devices when they’re available.

What do you think of F-Secure SENSE? Let us know in the comments below.